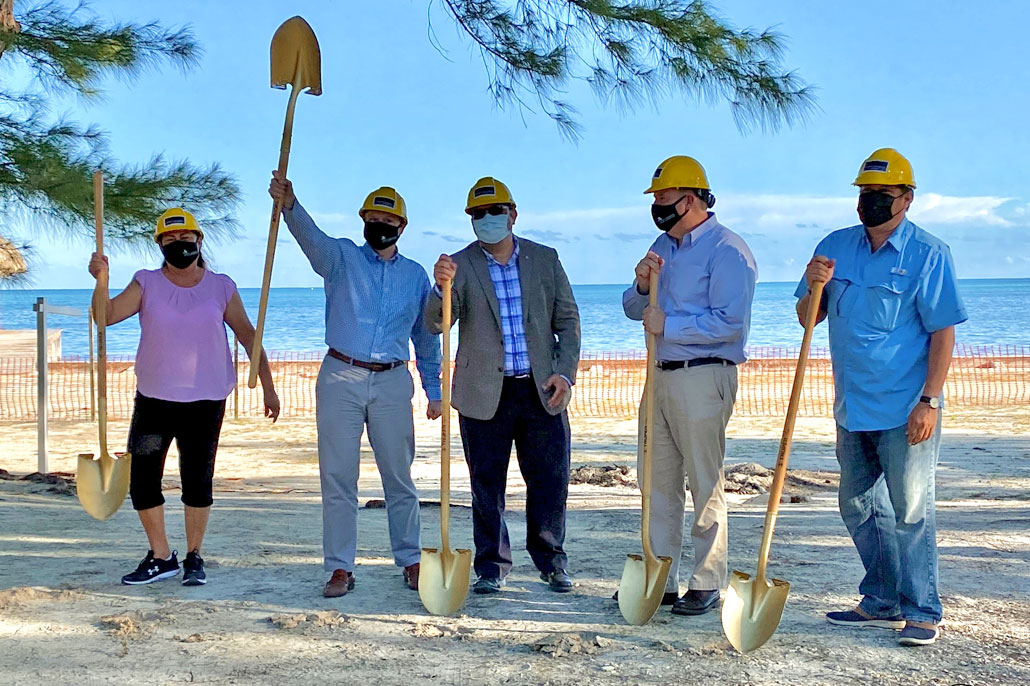 Official announcements of the new Marriott Residences Ambergris Caye came back in April 2018, when the construction plans were rolled out of the over 200-unit hotel. Four years later, after much setbacks due to the pandemic, the Marriott is set for construction and completion in December of 2023. The ground-breaking ceremony took place last week on Friday, January 14, 2022, on site.

“We planned to be under construction by early 2020, but as you know COVID-19 had other plans for us,” said co-founder and attorney Joel Nagel. “Our initial lenders got cold feet about lending for a new hotel project during a global pandemic. They asked us to ‘pause for a little while,’ until we knew when the pandemic would be over.” Nagel said that they were determined to push forward, pursuing dozens of options until they found the right lenders and the right legal structure to protect the lenders’ interest, and everyone involved. 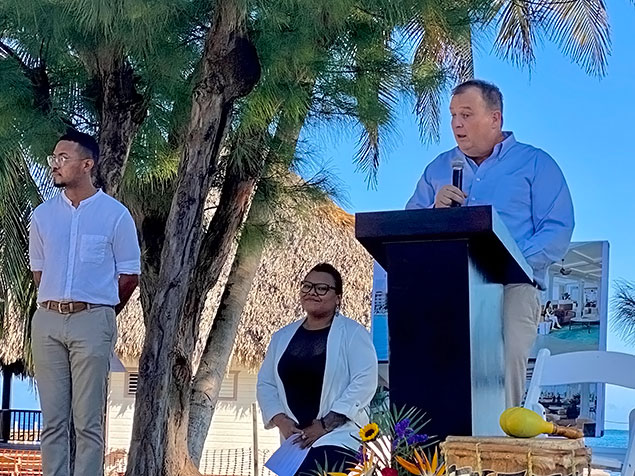 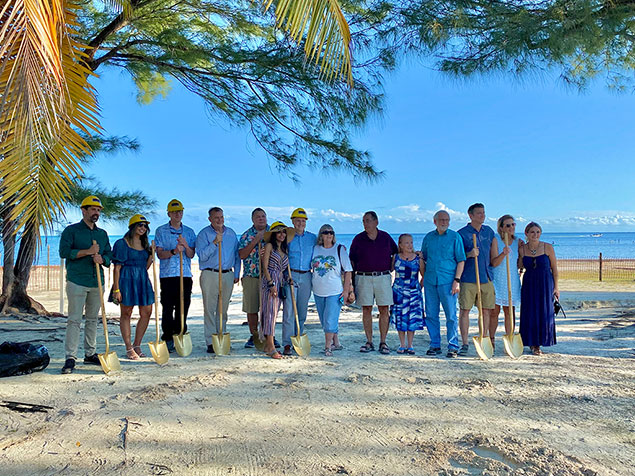 The project is now ready to push forward full steam ahead, promising to be Ambergris Caye’s next luxurious beach front resort under the Marriott’s Hotel signature brand. It is set to boast an old-world colonial-style of Belize’s rich British heritage, featuring local Belizean hardwoods and San Pedrano family heirlooms in the main lobby space. The resort will have over 200 rooms, branded residences with a multitude of amdnisites that include a conference facilities, event spaces, multiple swimming pools, rooftop sunset lounge, oceanfront restaurants, kids club and a casino. Also on site will be a waterspouts and dive shop, private resort dock, retail space, fitness center, luxury spa and yacht mooring facilities.

According to the developers, only 40% or just 70 units will be available for private ownership, with ECI Development will own the remainder. The prime beachfront resort is funded by an investment of US$50 million made possible through the efforts of ECI Development Group headed by Chief Executive Officer Michael K. Cobb and co-founder and attorney Joel Nagel.

“The Marriott brand is powerful because it pulls people’s attention to a destination and that is this island that is this country of Belize,” commented CEO Michael Cobb shared the benefits of the Marriott brand. “To me personally, the biggest benefit that Marriott brings to this country, this community, is the benefit of training. Anyone working at and with this hotel will get a training they they own forever. That is theirs to keep and that kind of empowerment/training for the service industry is powerful because it adds to a transition of elevation of service and hospitality in the market place; and that does everybody good.” 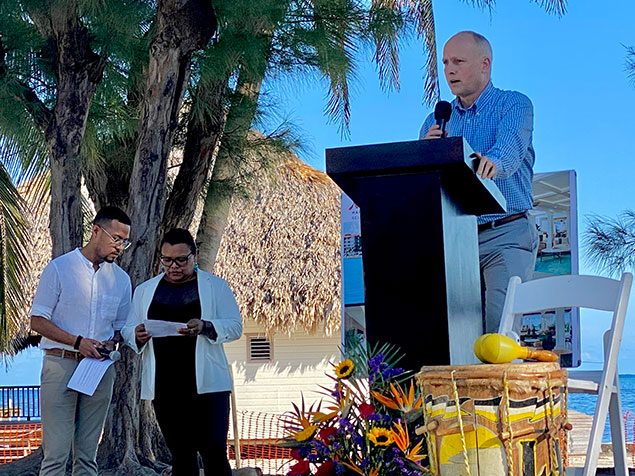 San Pedro Town Councilor, Marina Kay and Chairman at the Belize Airports Authority, Ricardo Martin, both reiterated the project’s significance in providing much needed jobs at a time when the pandemic has cut wages in half and left many without jobs. Martin said this new hotel project would alleviate the unemployment rate on the island and improve the level of hospitality services on Ambergris Caye.

Honorable Henry Charles Usher, commended Nagel, Cobb, lenders, and Marriott for believing in Belize. “Everybody in the works involved with this project is sending a signal to the world, come to Belize! This is where you need to be,” he said. 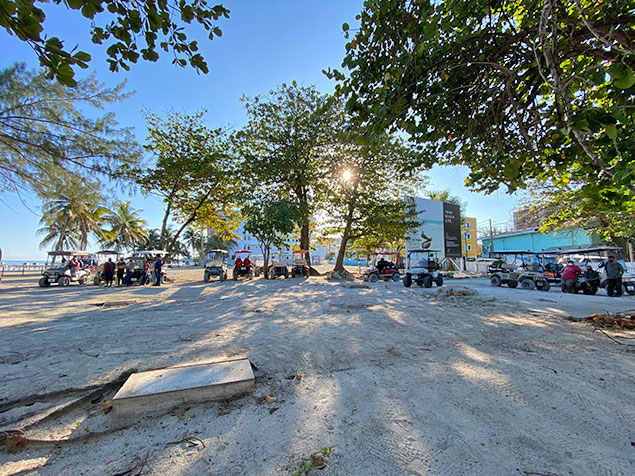 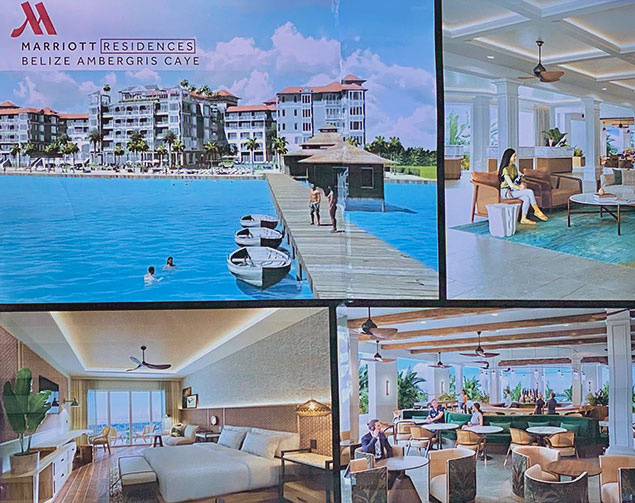 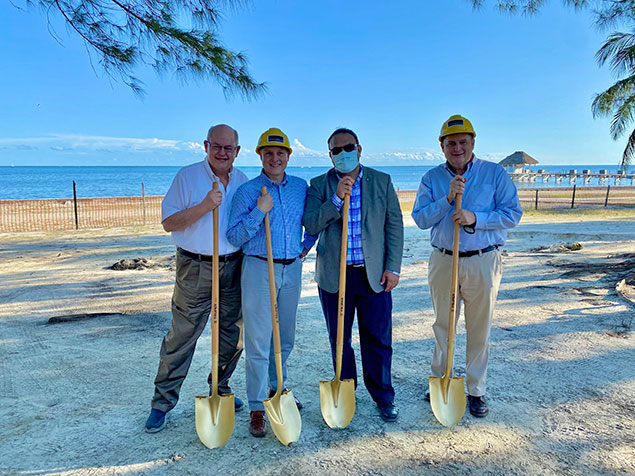 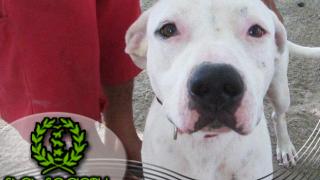 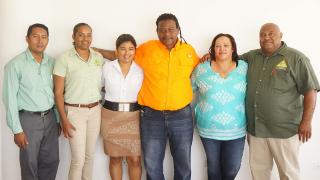 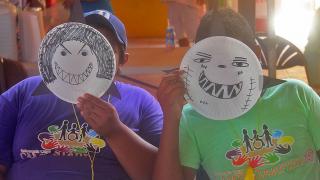 Happy Kids at Camp Starfish for Children with Disabilities