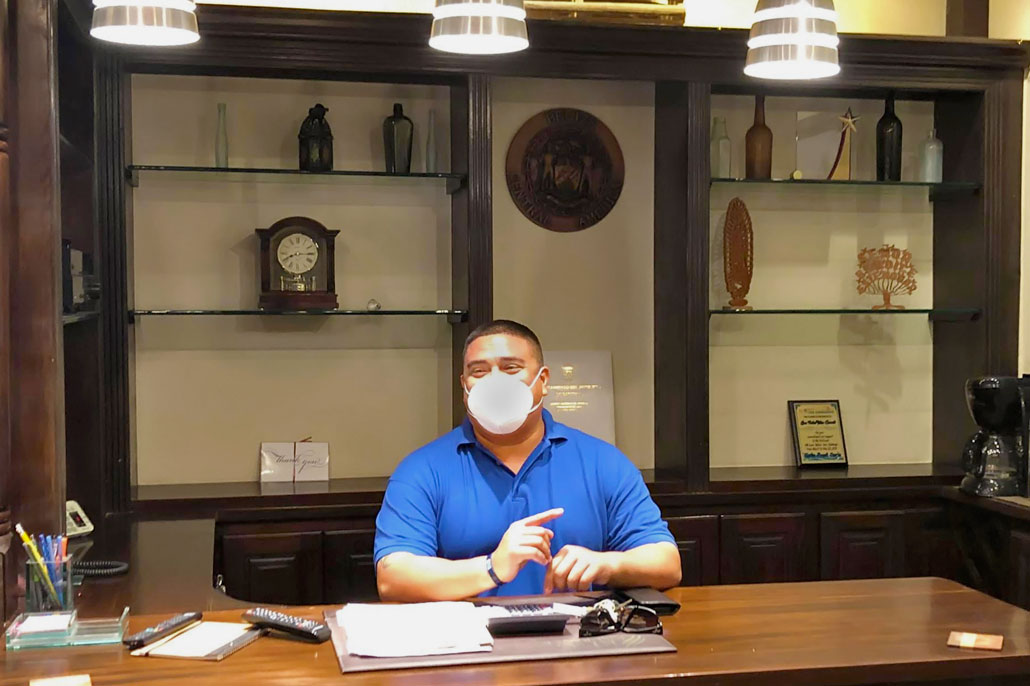 In his very first speech to San Pedro, newly elect Mayor Wally Nuñez embraced Area Rep Honorable Andre Perez to his working team.  Wally said, "I do not have a slate anymore. I have TEAM EIGHT, " and he looked at Andre Perez to welcome him to his working team. Wally went on to thank God, his campaign team, campaign manager Edwardo Aguilar, and the people of San Pedro that gave him overwhelming support at the polls. Wally added that he is ready to work. 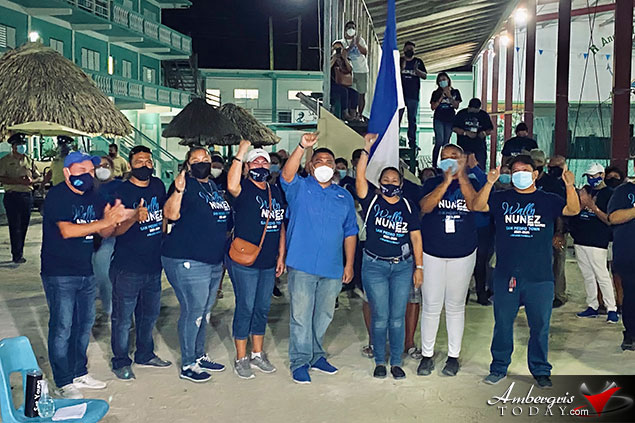 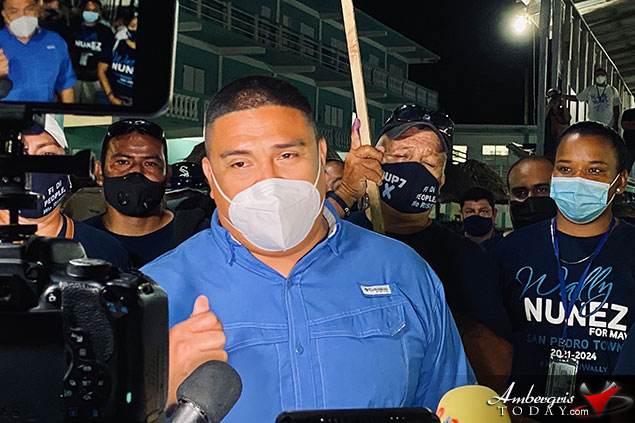 In San Pedro, the UDP had held strong to political office at the San Pedro Town Council for 6 consecutive terms (approximately 18 years) - nine years with Mayor Elsa Paz and another nine with outgoing Mayor Daniel Guerrero. Wally and the PUP team broke the long-term winning streak, solidifying the strong-hold that the PUP has around the entire country. Wally also makes record for being the youngest Mayor of San Pedro Town.

The UDP had a strong slate in San Pedro, including young, diverse and hard-working individuals. During their campaign, the candidates presented strong ideas, were demanding change, and brought great new ideas to the table. They assured that these ideas would not go to waste even if they did not make office. We are hoping they remain true to their word and are sure that this will not be end of their political career.

Municipal Elections were conducted countrywide with candidates contesting a total of 67 seats - nine mayoral and 58 councilor seats. The People’s United Party registered wins across the nation, registering another massive sweep of the country’s elections; the United Democratic Party had suffered a huge defeat just three months ago on November 11, 2020.

Simultaneous to the Municipal Elections was a by-election in the Corozal Bay Division following the death of PUP Area Representative, David ‘Dido’ Vega as a result of Covid-19 exactly one month after the November 2020 elections. Contesting that election was four-time Corozal Town Mayor, Hilberto Campos (UDP), who went up against sister of David Vega, Elvia Vega-Samos (PUP). That election saw the PUP winning unofficially with large numbers. 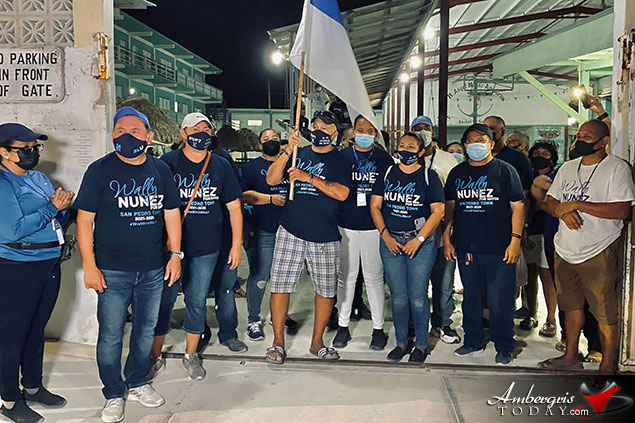 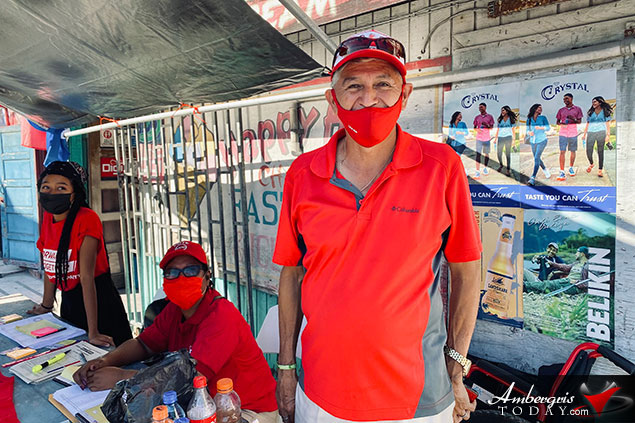 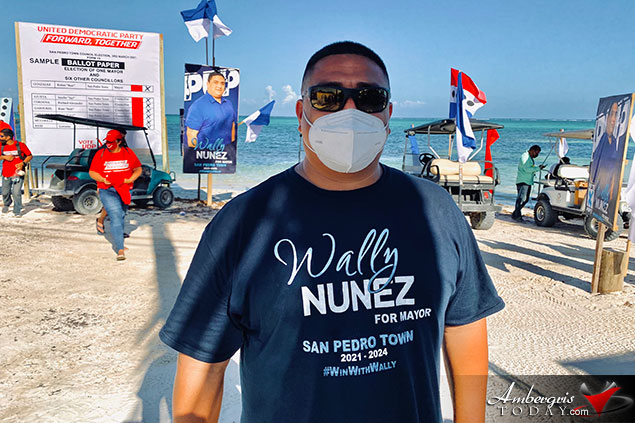 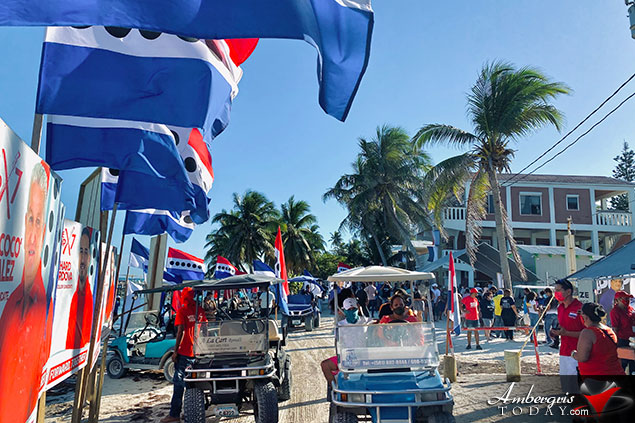 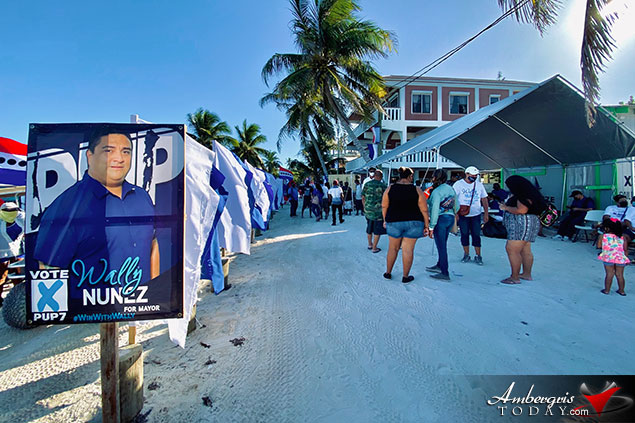 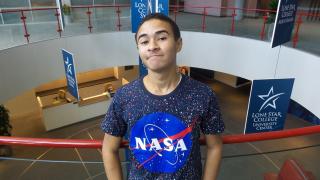 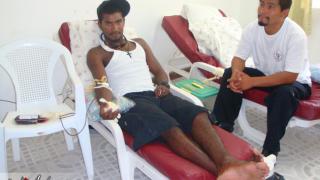 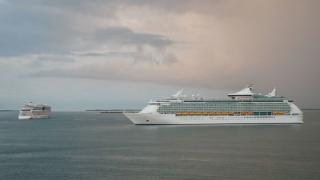