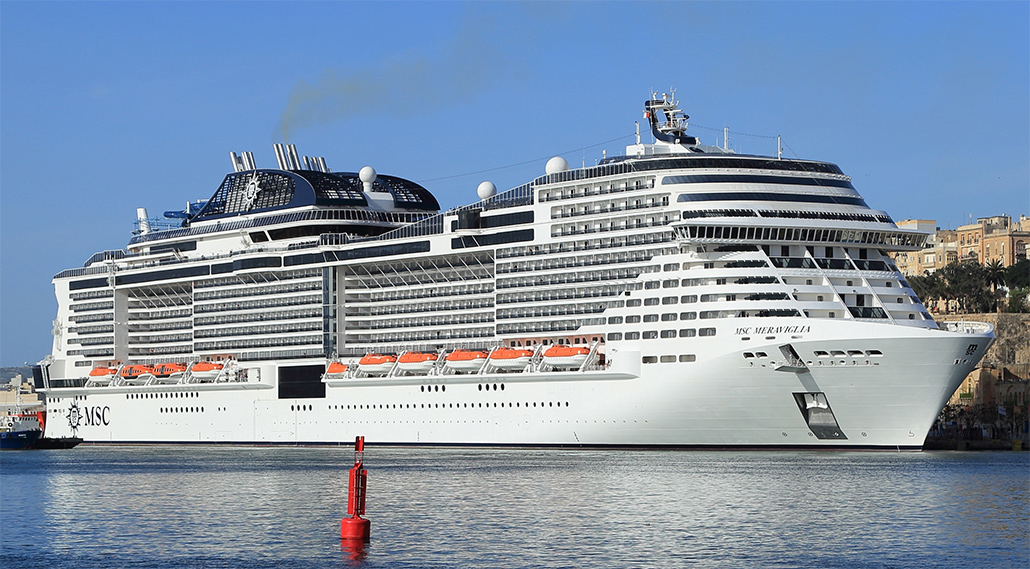 MSC Meraviglia, the 7th largest cruise ship in the world, made its golden voyage to Belize on Wednesday, November 13, 2019, carrying nearly 4,500 guests(at double occupancy) on board.

MSC Meraviglia, is owned and operated by MSC Cruisesand entered service in June 2017. It is the world’s 7th largest ship. It was built at the Chantiers de l'Atlantique shipyard in St. Nazaire, France by STX France. MSC Meraviglia was MSC Cruises first ship in the innovative Meraviglia class of next-generation ships, designed to be able to call in most of the world’s international cruise ports.

The ship initially operated in the western Mediterranean and has also cruised in Northern Europe as of summer 2019. In October 2019, MSC Meraviglia repositioned to the United States for the first time. Designed to sail in all seasons and climates, the glamorous MSC Meraviglia began her North American journey with three sailings from New York City (NYC), including two itineraries to  New  England  and  Canada  and  one  repositioning  to  her  new  homeport  in Miami.  From November 10, 2019 through April 5, 2020, MSC Meraviglia will sail two different 7-night western Caribbean itineraries, including stops in Belize.

With a name meaning wonder, MSC Meraviglia’s design is inspired by the wonders of the world. The ship’s Mediterranean-style promenade includes a variety of shops and restaurants -including partnership with two Michelin-starred Spanish chef Ramón Freixa for HOLA! Tapas –and features the longest LED sky at sea, displaying unique vistas day and night. Activities on board include a winter-themed aqua park; a Himalayan bridge; a XD cinema; and several kids clubs. In an industry-first, MSC Meraviglia’s on board entertainment includes a partnership with world leader in live entertainment Cirque du Soleil, creating two unique Cirque du Soleil at Sea shows VIAGGIO and SONOR exclusive for MSC Meraviglia.

Since  its  early  beginning  in  2003  with  315  port  calls  and  575,196  visits,  the Belize cruise  ship industry has grown by leaps and bounds over the last decade and is poised for further growth. 2018 was a record breaking year for tourism arrivals to Belize with the cruise industry alone registering 1,208,137 million visitors through 392 port calls. 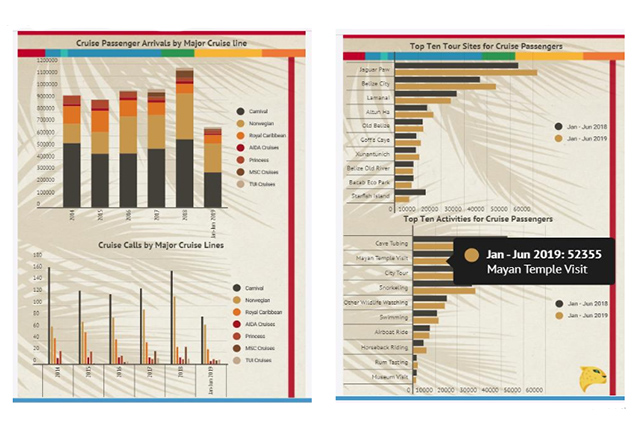 Currently seven major cruise lines make port calls on Belize. The addition of MSC Meraviglia is not only expected to boost the number of cruise ship visits, but it is also a strong indication that Belize is now a popular tourism destination in the region.  It underscores the efficacious strategy by the BTB and its partners to market and promote Belize as one of the world’s leading immersive tourism vacation destinations. Belize, a Curious Place. 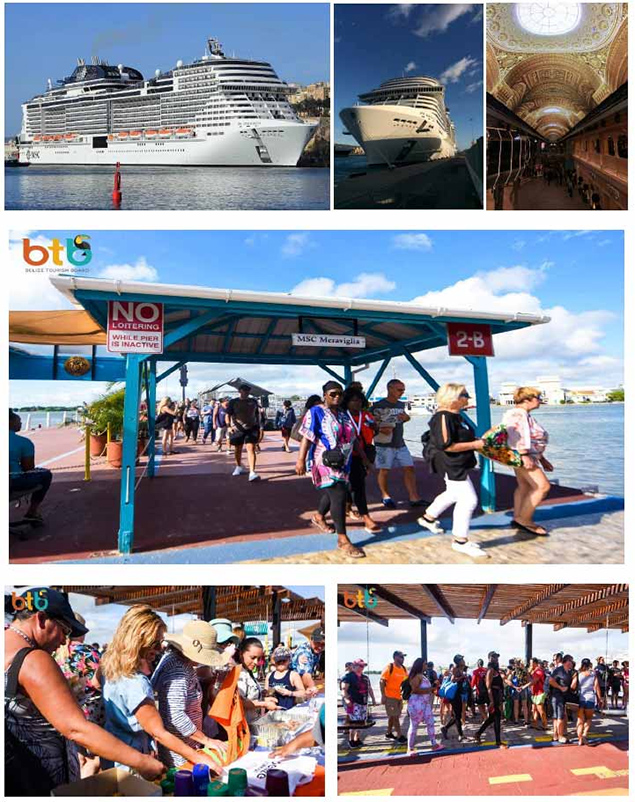 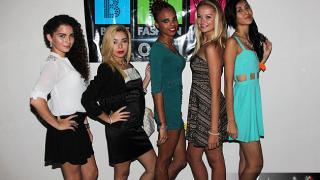 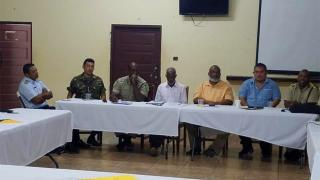