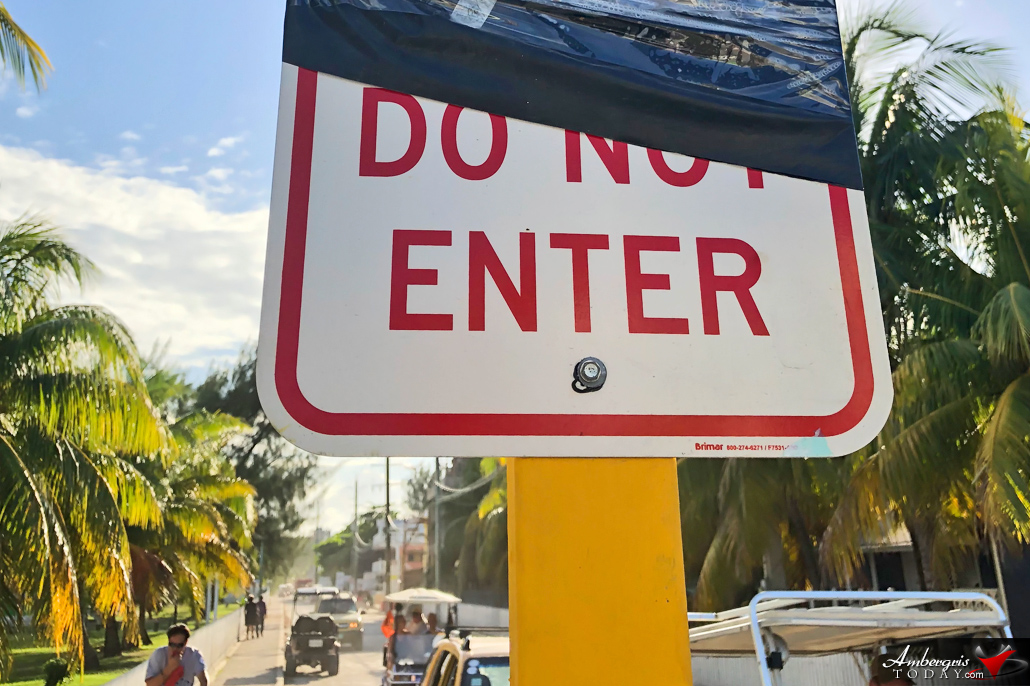 For weeks now, mysterious covered signs along Coconut Drive have San Pedro Town residents speculating what said signs will indicate. At a couple intersections residents have gone as far as creating tares in the plastic bags covering them.

Exposed sign at the intersection where Island City Supermarket is located, on Coconut Drive, says “Do Not Enter” indicating that Coconut Drive would be made one way with traffic flowing south to north. Remaining covered signs would suggest the this would start at the Caribeña Fuels south gas station on Blake Street.

Traffic traveling from town towards the south of the island would make a right turn at Island City and travel along the dirt road section of Seagrape Drive, parallel to Coconut Drive. Ambergris Today contacted the San Pedro Traffic Department and was informed that the covered signs were erected to indicate the new one way traffic flow, but that the decision has been put on hold pending further consultation and other considerations. 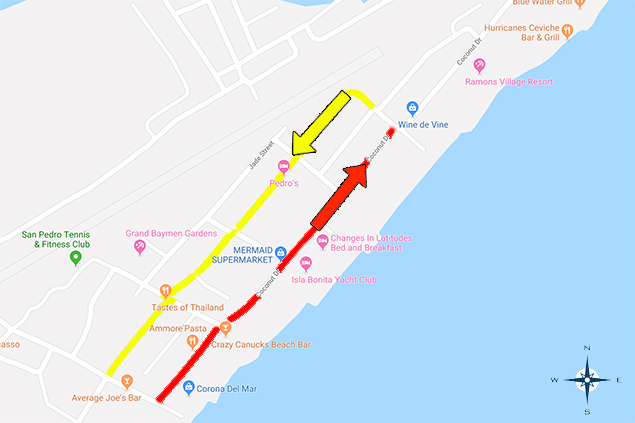 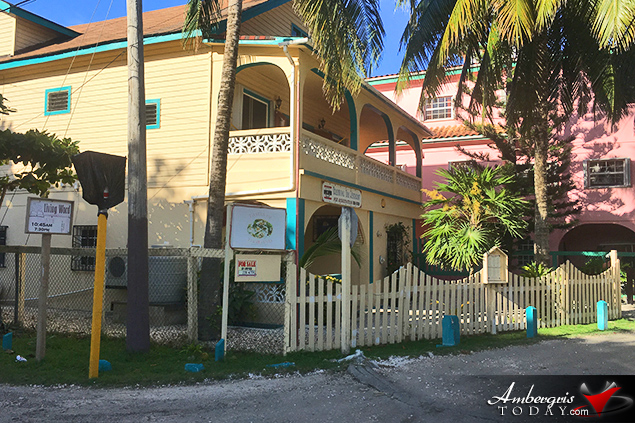 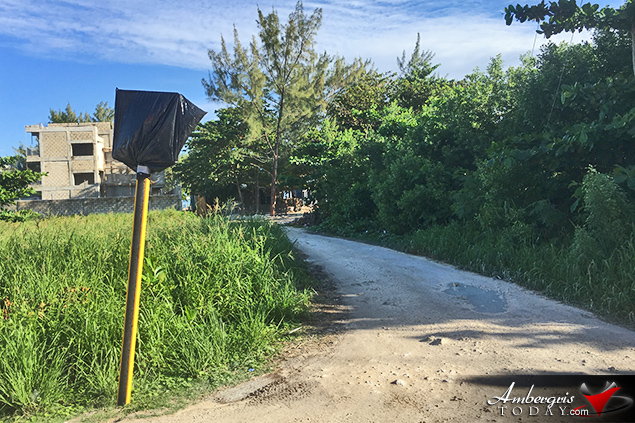 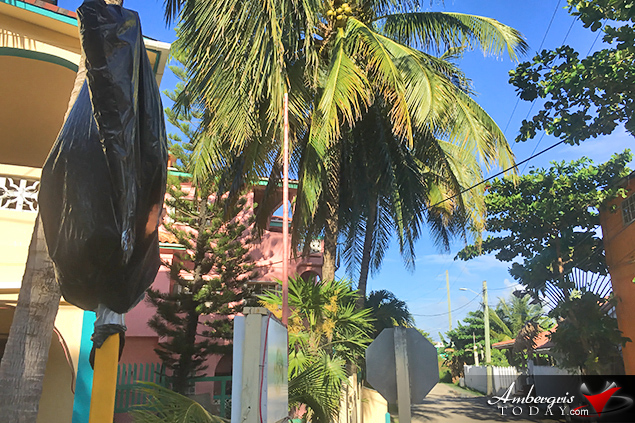 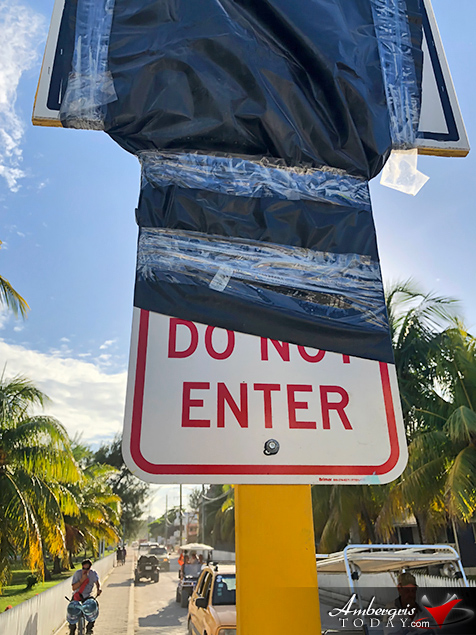 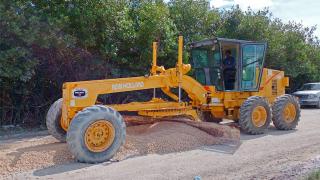 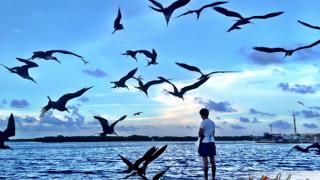 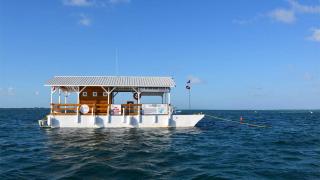