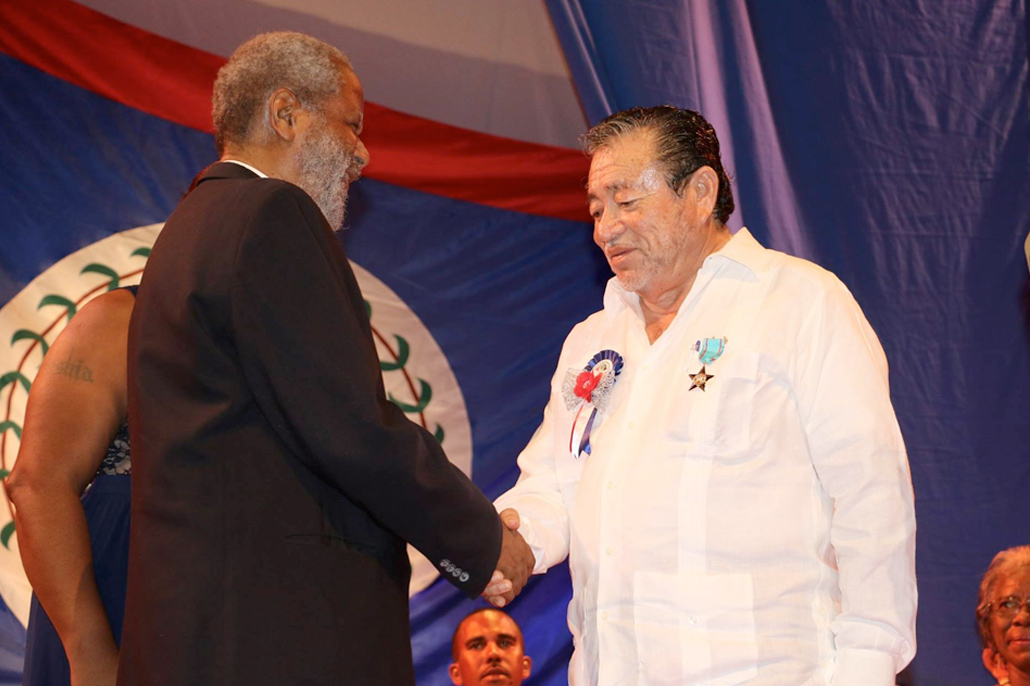 The Tribute to Belizean Patriots Awards Ceremony 2017 was held on September 14, 2017, at the Bliss Institute for Performing Arts in Belize City. The event is held every year as a part of the official September Celebrations activities. It's an occasion to honor Belizeans who have dedicated their lives to serving the country.

Twenty-two Belizeans were honored for their service to Belize over the years. Twenty of the honorees received a Meritorious Service Award, while two received the Order of Distinction. Among those honored was Mr. Pedro Salazar Sr. of San Pedro Town, Ambergris Caye.

"I invite you all to share with me the honor of being recognized with the prestigious Meritorious Service Award," comments don Pedro Salazar Sr. "This year I have been fortunate to receive a blessing and an award. The blessing is God granting my wife and myself to realize our 50th anniversary this last March. I share this for it is an acknowledgment of my wife’s commitment in being by my side providing her attention and assistance along with my children, who have also been providing their unconditional support.

The prestigious Meritorious Service Award has given me the opportunity to join the ranks of the recognized Belizean Patriots. I acknowledge my people of San Pedro and by extension all my fellow Belizeans for have given me their unconditional support. It has been a privilege in serving my country.

To all the persons that walked along with me while I kept my devotion in serving; that have inspired and motivated me, Thank you! My most sincere thanks and heart felt appreciation to the National Honours & Awards Advisory Committee for taking into consideration my achievements. I am highly honored in being a recipient of an award that reflects my dedication to my people."

The order of distinction was given to Betty Flinchum and Henry Young Sr. 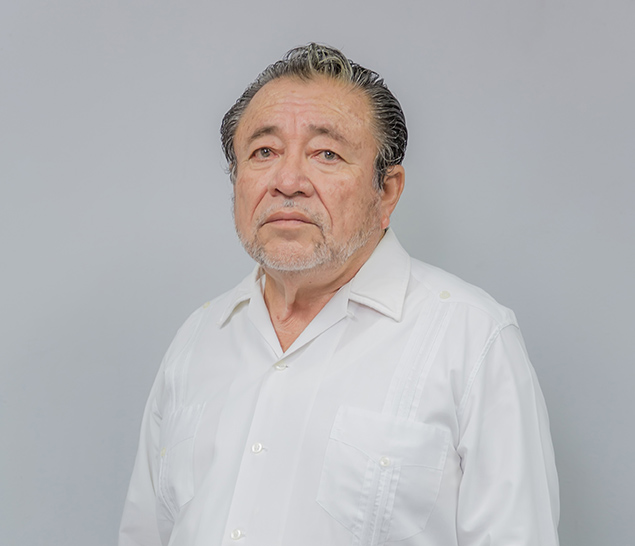 An educator, politician, community activist and entrepreneur are all titles held by Don Pedro Artemio Salazar Sr. He is the definition of a true Belizean Patriot.

Since graduating from St. John’s College on June of 1964, young Don Pedro became a primary school teacher in his home town, San Pedro Town. He was a teacher at the San Pedro Roman Catholic School for approximately a year and a half. Young Pedro, as he is affectionately called, saw that he would be of much assistance to his fellow San Pedranos by taking employment in the newly established Caribeña Producers Society, which was chartered in March of 1963. He was initially hired as a cashier/ payroll master. Don Pedro’s dedication and hard work paid off, as he was subsequently promoted to accountant and eventually become the General Manager. Under his guidance, the cooperative achieved its highest peaks of exportation in sea food products which were lobster, conch and shrimp.

Don Pedro’s commitment to his community motivated him to get involved in its development. He served as a member of the San Pedro Village Council from 1975-1984. During this period, the quest for San Pedro Township commenced. After many years of struggle, the objective was finally accomplished. In November of 1984 San Pedro was declared a town whereby Don Pedro was serving as the Deputy Mayor. He was a founding member of the San Pedro United Movement. He envisioned a united community working together for the betterment of their newly established Town. On 1985, the first Town Board election was held in the newly formed municipality with Don Pedro serving as the Deputy Mayor for six more years. Don Pedro had the honor of continuing to serve his town from 1988-1991 as Mayor.

Don Pedro was also a co-founder of the San Pedro Lions Club International which was chartered in 1974. He became the first President and some years later, he was appointed Director and Governor of District 59. His service to the Lions Club culminated with the achievement of warning the prestigious Melvin Jones Fellowship Award on July of 2000. Don Pedro is still an active member of the San Pedro Lions Club and presently serving as a director.

Don Pedro has also been involved for over eight years in the development of the Marco Gonzalez Maya Site project. Presently, he is still an active member serving as one of the directors in the board. Don Pedro A. Salazar Sr. was appointed a Justice of the Peace on January 19th, 1991. Once again his dedication and service lead him to earn the title: Senior Justice of the Peace on December 5th, 2007.

Don Pedro is currently the Managing Director of Caribeña Enterprises, a company he formed in 1984. It consists of three fuel service stations in San Pedro Town and one in Caye Caulker Village. He has also ventured into other sectors of the local economy as owner and manager of a taxi union, cable operator and centers of entertainment.

Don Pedro is very much involved as contributor and patron to many community projects including education, sports and other charitable organizations and community events. 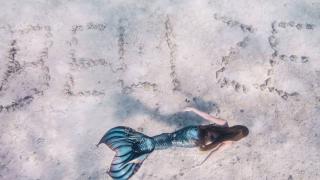 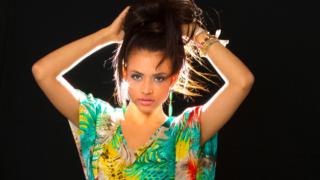 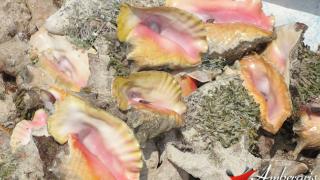 I Bet You Did Not Know This About Conch