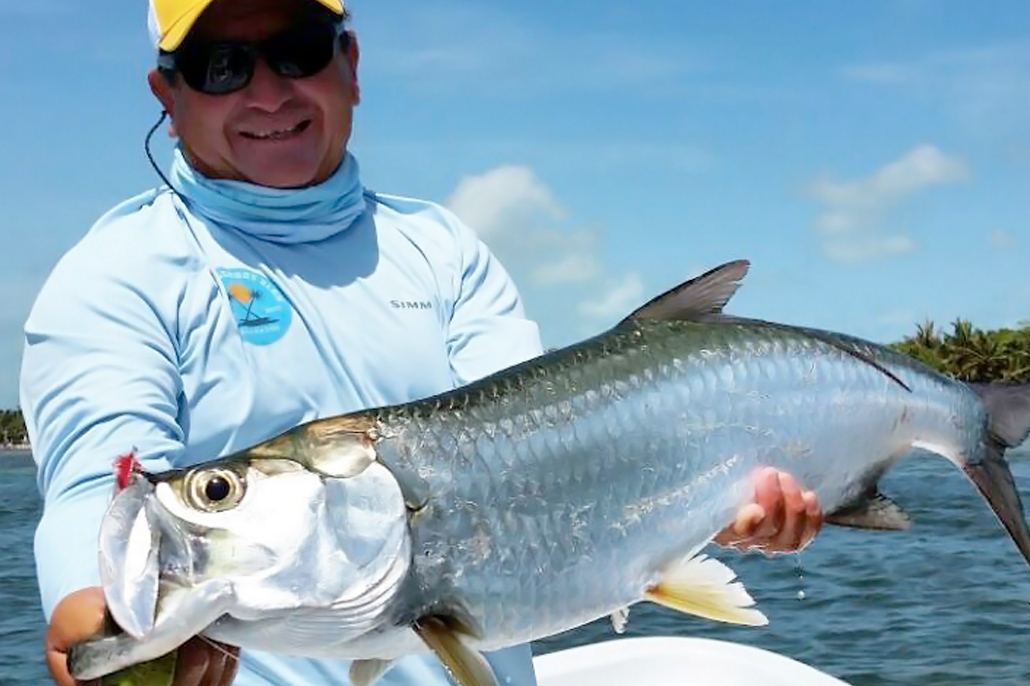 Belize’s only catch and release fly-fishing tournament, the 9th Annual Tres Pescados Slam would turn out to be one of the best in recent years. Once again the Holiday Hotel would be ground zero for the weekend festivities. The Captain’s dinner Wednesday night brought 17 teams together from Mexico, Canada, Belize and the US. Day one would not disappoint as weather forecasts showed perfect conditions for the start the following morning!!

On schedule, beautiful skies and tides greeted anglers and guides for the start of day one. The fishing would prove to be outstanding. Five tarpon, five permit, numerous bonefish and two daily slams mixed up the leaderboard by the end of day one.

SPYDERMEN would take the lead with 1275 points along with their slam. Mexican team TARPON CLUB and angler Alejandro ‘Sandflea” Vega also boated the grand slam for a close second. Sitting in third place with 600 points were EL PESCADORIANS, who managed to land the tournaments largest permit and four bonefish. 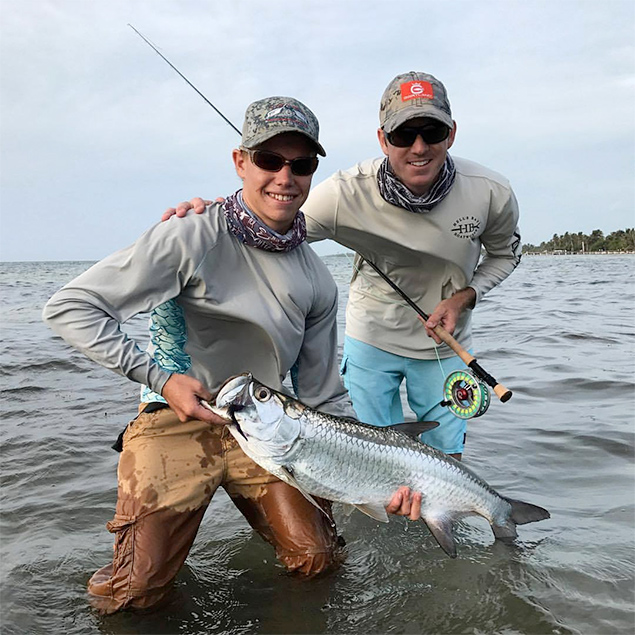 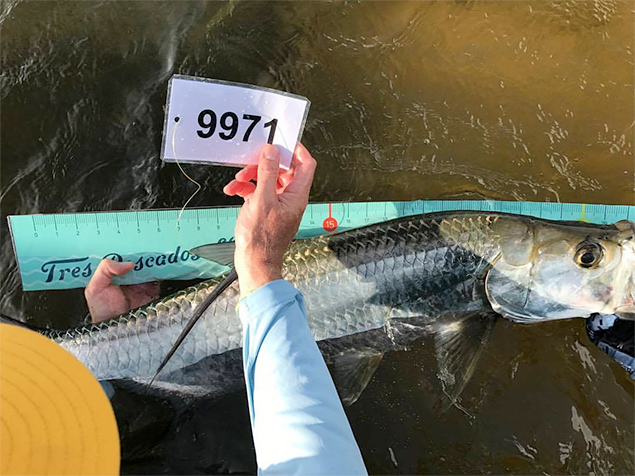 Day two weather turned into a bonefish affair as the skies turned darker, but last year’s champions SUPERFLY turned in an impressing display by landing three tarpon with guide Cesar Acosta. In the end the leaderboards top two spots would switch positions with TARPON CLUB overtaking SPYDERMEN with another permit to the skiff. Third place going into the final day would go to PANTY RIPPAS from Caye Caulker with two tarpon and another 475 points.

Once again the weather gods smiled upon the teams and the final day started in sunny conditions, with several teams in the hunt for the money. In the end TARPON CLUB, guided by local San Pedrano Nano Guerrero would not relinquish the lead. Their 1675 points, along with their grand slam made them the champions of this years Tres Pescados Slam. SPYDERMEN along with guide Luis Acosta took second spot, with EL PESCADORIANS landing the largest tarpon of the contest bringing them back into third place.

Saturday evening, August 5, was the awards ceremony at the Holiday Hotel, where top teams and anglers received their cash prizes, along with equipment from our sponsors. Once again funds raised will help protect sustainable sport fishing in Belize. A donation of $16,000BZ will be given to the YELLOW DOG COMMUNITY AND CONSERVATION FUND (www.ydccf.org) on behalf of our teams and sponsors.

Organizer Will Flack extends thanks to all the teams, supporters and sponsors for another fantastic event. Next year marks the 10th Anniversary of the Tres Pescados Slam and he invites everyone to join the tournament on  August 2-4, 2018 in beautiful San Pedro and help support sustainable sport fishing in Belize. 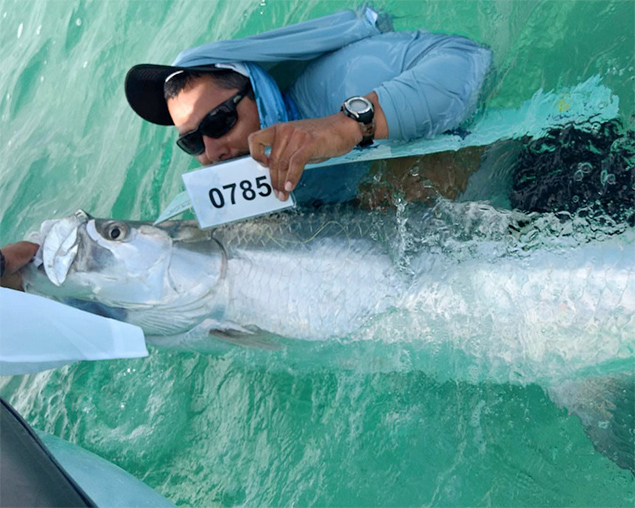 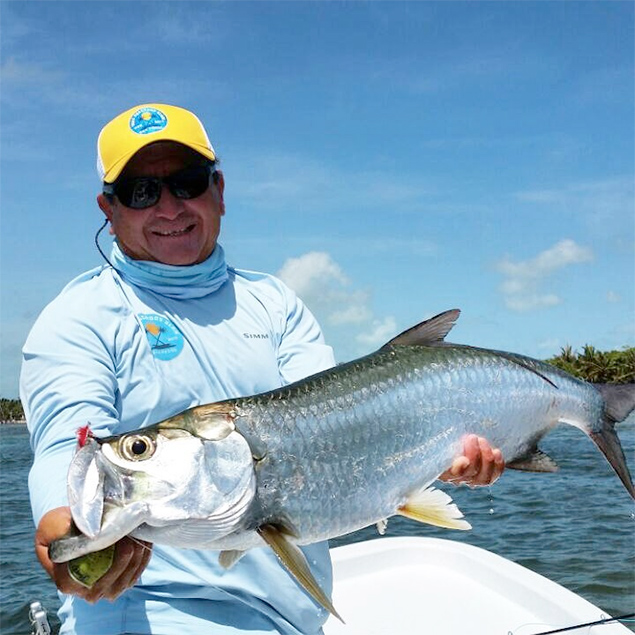 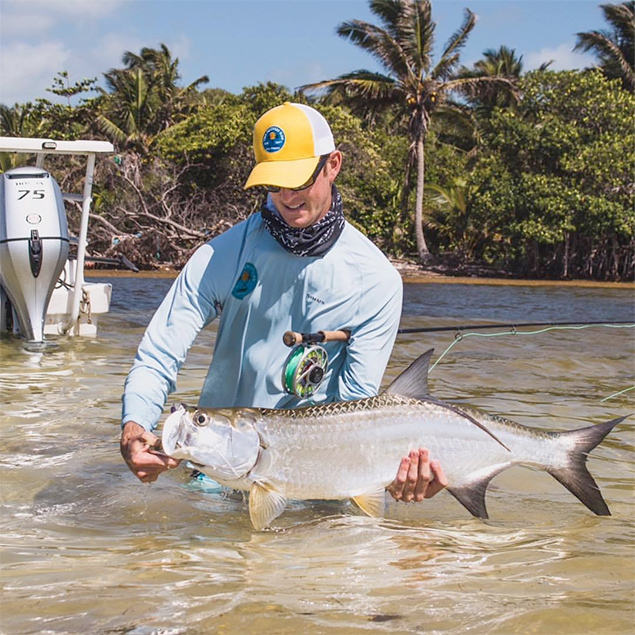 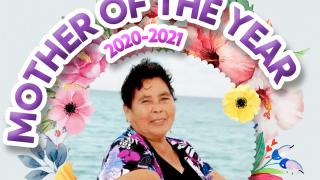 Evarista Badillo Selected as Mother of the Year 2020 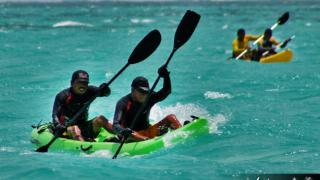 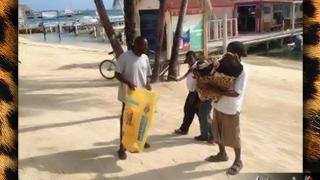