On the 27th July 2017, the Forest Department responded to reports of a jaguar being captured by farmers around the Northern Lagoon area in the Belize District. Upon investigation, it was discovered that farmers, who experienced several jaguar attacks on their livestock, retaliated by trapping the jaguar. When farmers informed the Forest Department that they had caught a jaguar, a team comprising of members of the National Jaguar Working Group (NJWG), was immediately dispatched to the area.

The team noted that prior to and during transportation to the Belize Zoo facilities, the jaguar exhibited signs of sluggish behaviour, poor coordination and weakness - all indications of a potential health crisis. Immediate and specialised care by veterinary personnel and response team was given around the clock to revive the animal, but all efforts proved unsuccessful and a post-mortem confirmed that the animal died due to heat trauma and exhaustion.

In sharing its review of the incident and lessons learnt, the NJWG offers the following recommendations:

2.     Allow experts to manage the situation. Determining the responsible jaguar is often complex and requires a high level of expertise. Trapping of jaguars is considered a last resort, requires continuous monitoring and should never be conducted without experts, who can ensure the potential for unnecessary, prolonged and painful death of jaguars is significantly reduced.

3.     Prevention of attacks on livestock is always better than retaliating after an attack. There are several ways to deter jaguars, including contacting the Forest Department for guidance on livestock management, securing livestock and pets at night, planning livestock movements, guarding young livestock, installing adequate lighting, and/or installing electric fencing where possible.

4.     More concerted effort is needed by relevant government agencies and stakeholders to prevent human-jaguar conflicts. Recognizing that jaguar-livestock conflict can cause considerable economic and emotional hardship, urgent national dialogue and cooperation is necessary between jaguar management agencies and livestock stakeholders in order to build a greater understanding of the root causes, foster partnerships, and identify suitable approaches that ultimately enable coexistence.

The National Jaguar Working Group is an advisory committee to the Forest Department for addressing jaguar issues nationally. It has broad representation, including government agencies, academic and research institutes, protected areas managers and conservation NGO’s. 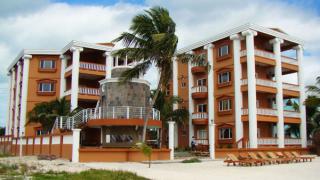 A Lighthouse In San Pedro 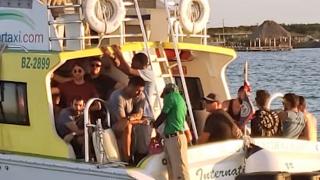