From 13,000 feet above San Pedro, Rich Grimm and the Tsunami skydivers exited the Twin Otter aircraft and dove into the wild, blue yonder, plummeting down at about 125 M.P.H., the amazing view of the Caribbean Sea and Ambergris Caye rushing up at them.

SkydiversFor the second year in a row, Rich was joined in Belize for the adrenaline rush by a group of 70 jumpers from various places around the world, including Canada, England, South Africa, Saudi Arabia, Japan, Holland, and the United States of America. Once again, many eager island residents and tourists also got the wonderful opportunity of making tandem jumps with several experienced members of the skydiving team.

“Skydivers love to jump in different places,” said Rich Grimm of Tsunami Skydivers Incorporated (TSI) and event organizer. “Our jumps will take place over the same area as last year, and we will also be skydiving over the Blue Hole for the great photos and video. But we also have many people who will be scuba diving and taking the sunset party cruise, along with a couple who will be getting married during their stay on the island. It’s going to be a lot of fun for everyone.”

ParachuteRich was joined at the Ambergris Today office by three national skydiving champions, who along with other experienced jumpers, comprise the team of 14 staff members of the Tsunami team in Belize. Canadians John Smith (Team’s Video Chief) and Aidan Walters are current national champions from Quebec and American Doug Forth, another ace from California, was picked last Friday afternoon to take Ambergris Today’s Melody Marlow on her tandem jump above the azure skies over San Pedro. “The Twin Otter aircraft that we are using this time to take us up for the jumps is a much faster airplane than last year’s,” commented Rich Grimm. “It flew all the way from Pepris, California and is from the Valley Skydive Twin Otter Center.”

Out of the total group of 118 people in Belize, 80 were newcomers to the island experience and the rest were repeat thrill-seekers from last year’s “boogie.” A total of 70 got the wonderful opportunity of opening their “chutes” over Ambergris Caye. But it was not only freefall fun for the team while here in San Pedro. Rich Grim and his staff also donated medical supplies to the Ambergris Hopes Clinic and school supplies to the San Pedro R.C. School. By the time the Tsunami group leaves the island, they would have dropped a whopping quarter million U.S. dollars into San Pedro’s tourist economy, by using several businesses such as the Sunbreeze Hotel, Tropic Air, Tanisha Tours and Aquamarina Hotel. Many other establishments such as restaurant, bars, and tour facilities also benefited from the skydiver’s visit.

The Tsunami team was scheduled to jump from February 11-20, and by the time they are done, they would have executed over 1,200 skydives. Tsunami Skydivers Incorporated (TSI) specializes in action & adventure expeditions around the world. According to Rich Grimm, he has organized ‘boogies’ all over the world and the skydivers have become a tight family as they usually are the same ones who group for the expeditions. Tandem jumps were offered for $225 U.S. and $110 U.S. for video and still pictures, and took only 15 minutes of training with the instructors. All the skydiving instructors have 1,000 or more skydive, and are known worldwide as teachers and competitors at the national and world level. Notable amongst the group in Belize are Instructor Doug Forth with over 13,000 jumps and Rich Grimm with 3,500 jumps.

Melody's JumpMy first skydiving experience was amazingly exciting, from watching the Pro-skydivers and tandem masters gear up to boarding the twin otter airplane. Can you imagine being 13,000 feet in the air getting ready to jump out of a plane and all these goofy pro-skydivers giving you a hard-time with their sky diving humor?

Finally, all the altimeters were saying thirteen thousand feet. The jumpers opened the door. One by one the sky-divers went out the door and then came the tandem jumpers’ turn. I looked ahead and was able to see someone about to jump. Then, because of the cold air at that altitude, my goggles smoked up and I could hardly see anymore.

I was next; my jumpmaster John Scott strapped me on and we slid down the plane bench. As I approached the door, I felt colder and colder. My cameraman John Smith was hanging on the outside of the plane and my jumpmaster was holding me tightly, ready for my first skydive. He and I did finally let ourselves go out of the airplane (Kawabunga!)

Jumping was extremely exciting! Skydiving is not just falling, its flying; a wonderfully liberating experience. After about the first ten seconds, I could see my cameraman filming my free fall. That lasted approximately 55 seconds - falling at 30 ft per second. The parachute opened fast, and I felt a little tug. The canopy flight was much slower than the free fall but very relaxing. I could see the breathtaking view of the island from thousands of feet above. Then I looked for the landing area and saw it behind the clouds. We did a few ‘swirlies’ around the landing area and my five minute adventure ended with a smooth landing and an unforgettable experience.

The scariest part, for me, was making the decision to jump the day before. After the decision was made I put faith in the pro’s who knew exactly what they were doing and it all went smooth from there on; it was all fun. Skydiving is the thrill of a lifetime and I recommend everyone to try it at least once in their life. I guarantee you that it will be an unforgettable experience for you, too! A special thanks to Rich Grimm, John Scott, John Smith and all the sky divers for giving me the opportunity to jump. Thanks and good luck with this year’s sky diving adventures. 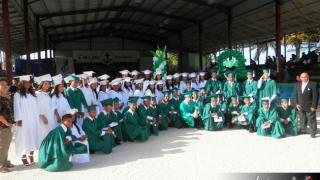 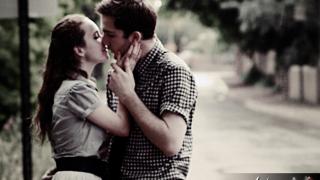 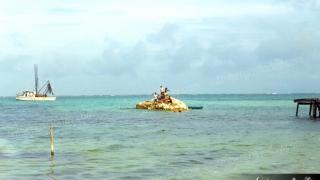 Good-Bye To Trawlers In Belize