“Do you solemnly swear to work for the general interest of San Pedro and to abide by the constitution of our country and the laws of Belize and San Pedro?” With these words, with a holy Bible in their left hands, and the right hand raised in approval as the solemn and sacred oath was taken, Mayor Elsa Paz and six other councilors were sworn into office by Town Administrator Mrs. Patricia Tillett for the period 2009-2012 in front of a modest gathering at Central park which included relatives, invited guests, a few Justices of the Peace and sympathizers. There were no long speeches as the campaign is over- only a promise to being more progress to San Pedro. Both Minister Heredia and Mayor Paz re-iterated their commitment for projects like more cobblestone streets, a new sports complex at Saca Chispas Plaza, Sports, Education, and the San Mateo rehabilitation from its dreadful conditions.

And after a blessing from Lay Minister Lucio Guerrero, the vote of thanks by Councilor Joe Elijio, and a final adieu and good-night by a well-spoken Mistress of Ceremonies, the distinguished Ms. Pamela Zetina, the program came to an end and it was time to congratulate the members of the San Pedro Town Council. The complete team includes, Mr. Joe Elijio, Nano Guerrero, Pablo Ico, Nesto Gomez, Severo Guerrero and Juan Alamilla. 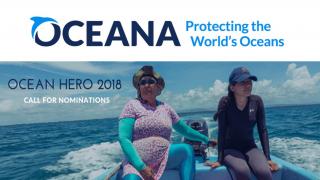 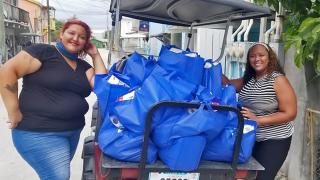 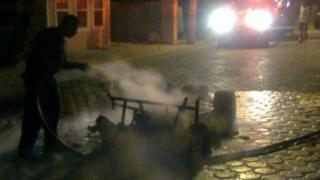