The weather over Christmas and New Year’s was about as perfect as it gets around here but like all good things it came to an end. Country wide everybody broke open the barrels and braced for the smell of camphor balls as Wednesday night was a cold one, with temperatures dipped as low as 50 degrees.

Seas were rough, winds gusty and the air chilly as a strong cold front continues to pass over the country. A cold front is not strange at this time of year, but the intensity of the winds is. With gusts of up to 35 knots, it was strong enough to tear down some signs and flags in Belize City and presumably elsewhere. Acting Chief Meteorologist, Ramon Frutos, says the weather system originated from a discharge of cold arctic air affecting North America.

“Florida, Louisiana, Alabama, Texas will be experiencing near zero degrees Celsius minimum temperatures tonight; that’s almost thirty-two degrees Fahrenheit in that range,” explained Ramon Frutos, Acting Chief Meteorological Officer. “All that cold air is associated with this big high pressure system across the central and southern plains of the United States and that anti-cyclone or high pressure system is pumping down all that cold air from the central United States down across the Gulf State into the Gulf of Mexico and further down into the North-western Caribbean and Belize.”

Frutos says cloudy conditions and strong winds will prevail, moving over the southern part of Belize as the system crosses over the country. But this will not be the last of the bad weather as the outlook is for far more rain.

“The weather will remain generally cloudy, but we could see an increase in rainfall come Saturday and Sunday once again because of what will happen is that as the wind swings to the northeast and east it will drag back this cold front,” commented Frutos. “We refer to it as a warm front coming back. And when it comes back it will bring all this moisture that it has taken out to sea, it will bring it back over the coast of Belize and hence we could see more rain probably Saturday and Sunday.”

Since Sunday evening the Met Service has been issuing small craft warnings. Frutos says the last time Belize experienced a cold front as strong as this was in 1993. The meteorologist says we can expect another two or three cold fronts affecting our region in January. It is also worth noting that those subfreezing temperatures in Florida could cause significant damage to that state’s important orange crop. Should that happen the resulting fruit shortage would likely result in higher citrus prices, a development that would not be unwelcome to Belizean growers. (News source: Channel 5) 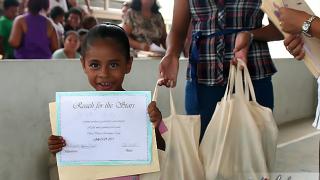 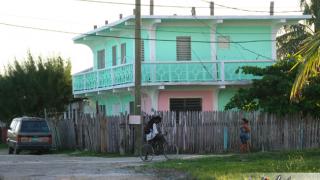 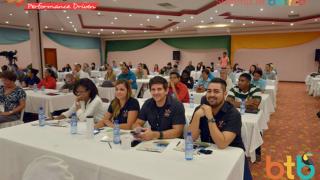