On Tuesday, January 13, a small handover ceremony was held at the Central Park, where Dr. John McAfee handed over a boat to the Belize National Coast Guard.

R. Adm. Cedric Borland gave a few remarks, where he expressed his sincere gratitude to those present at the event and especially to Mr. McAfee. He continued by saying that this vessel will be of great use since they will be able to execute operations in a faster and more diligent way. With all the equipment the boat has it will help them carry night searches and rescue mission, patrol missions and beach landing operations. The vessel will be mostly used to patrol San Pedro, Caye Caulker and the Reef/Atolls.

“I have been coming to Belize for more than 27 years and finally last month I received my legal residency,” stated Dr. John McAfee. “I felt that it was my obligation to give back to this wonderful island which I now call home, and this boat is my pride and joy and I’m glad to hand it over for good use”.

Mr. McAfee ended by saying that he encourages expatriates and Belizeans to give back to our country in every way we can to make it a better one.

CEO, General Loyd Gillett assured Mr. McAfee that the vessel would be put to good use and, that with his donation, he is helping fight the criminal network, since they will be able to operate with much ease in hot pursuits, beach landing and maritime safety.

In appreciation to the donation Adm. Cedric Borland handed a plaque to Mr. McAfee after which he was presented with the keys to the boat. The ceremony ended with the vote of thanks which was delivered by Lt. Cdr. Johnnie Borland. 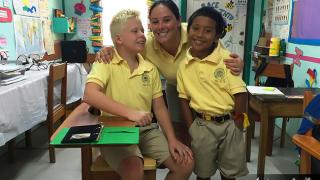 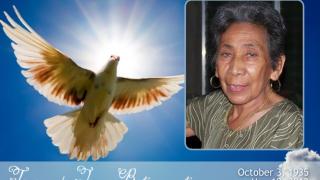 Condolences on the Passing of Doña Teresa Betancourt 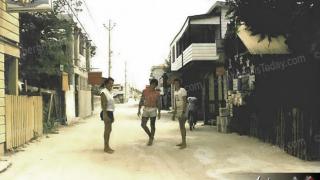 The Signs of Changing Times In San Pedro