The one and only piece of land in San Pablo reserved for a park now has a “For Sale” sign raising eyebrows all over San Pedro, especially residents of that area who were hoping for a nice park in the near future.

Ambergris Today’s reporter has investigated that from the onset of San Pablo’s development by Sunset Coves that area measuring 60 feet by 150 feet was reserved as a park because a Maya Mound was found on the land. Since then Patty Arceo, former Area Representative, had a palapa and picnic table built on the land to initiate the development of a park and to stop pilfering of the black and clay pottery that composed the mound.

The “For Sale” sign logically indicates that someone has title to that land which is now for sale. San Pedro’s town administrator in the office of the Town Council, Patty Tillet has confirmed to us that the title is definitely not in the name of the San Pedro Town Council and that if there is a title, it is probably in the name of the Government of Belize.

Finally a phone number on the For Sale sign has led us to discover that the land is being offered for sale for the atrocious price of $160,000.00Bz, a price super high when you consider that Sunset Coves originally sold 50 X 90 feet parcels of land for only $1,000. Later Social Security and DFC were selling those lots for $30,000.

Eyebrows remain raised very high as San Pedranos wonder who is selling the land, why is it being sold when it was formally declared a reserve, and who did some hanky panky business in the interest of his own pocket, instead of the residents of San Pedro. 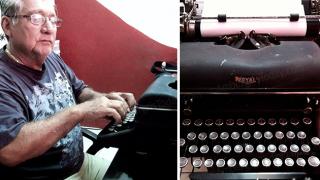 Antique Typewriters and Irons Were Once Modern Commodities 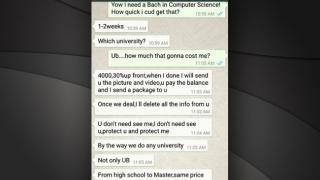 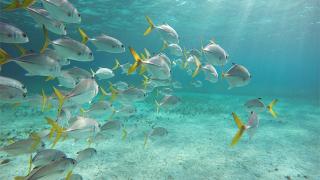 New Board of Trustees Appointed for Hol Chan Marine Reserve