A Most United Community San Pedro in Mourning

It has been said that San Pedro is a very proud community, a united community, a community with a high level of self-respect. Could this be rhetoric or is this something that can be proven. Well, if coming together to support a noble cause is any indication of unity, San Pedro has proven it with another successful “Radiothon” that raised $75,000 in a record 5 hours.

Last Saturday’s radiothon was organized by friends and the Reef Radio to collect funds to offset expenses being incurred by the Marin Family who had their son, Carlos Marin, in the intensive care unit at Medical Associates in Belize City. Carlos had suffered a broken cervical bone during a dive in the sea and had drowned in the act. After receiving preliminary first aid by friends and doctors in San Pedro, he was flown to Belize City to receive professional attention. Unfortunately, Carlos passed away on Friday, but the organizers pressed on with the fund raiser as very large bills remained to be paid by the Marin Family.

Radiothon DonationsThe fundraiser included donations of barbecue by San Pedro High School students, as well as donations of all types of foods and pastries by the public at large. At 10a.m. announcers Angel Nuñez, Eiden Salazar, David Marin and Raul started motivating and coaxing San Pedranos and residents to come out and make their contributions or call by phone to make their pledges. At the end of the first hour it was $5,000, $15,000 by the second hour and $30,000 by the third.

Radiothon HelpersBut the afternoon calls by the announcers motivated the public and by the end of the fourth hour the donations had summed up to $50,000. Principal Nunez kept emphasizing that San Pedro was in mourning and in unity and solidarity with the Marin Family. At the close of the radiothon at 3 p.m., the official figure had risen to $73,000 and then escalated to the final figure of $75,221.54 soon afterwards. So, is this rhetoric, or is San Pedro indeed a united community when it comes to supporting and caring for those in distress and in need?

Carlos MarinIn the past San Pedro has responded to the call for assistance to Mexico, San Salvador, Guatemala, Placencia, and even in Asia for the Tsunami. They have assisted victims of hurricanes, fires, earthquakes, volcanoes and tsunami. Even needy health victims from other parts of the country have come in to raise funds in San Pedro, and San Pedro never closes its doors. It is not that it is a wealthy community, as some people like to say. It is because San Pedro is a united and caring community. As Radiothon Announcers always repeat over the airwaves, “San Pedro, you have done it before, and you can do it again.” At the end of the radiothon it is, “SAN PEDRO YOU’VE DONE IT AGAIN!” 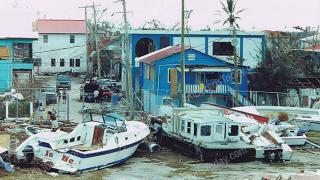 A Look Back at Hurricane Keith 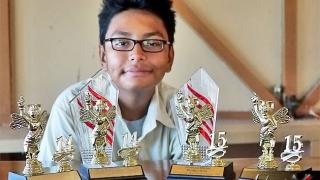 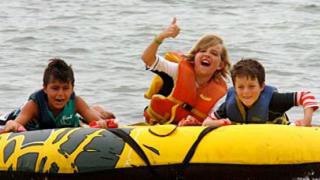