March for the Reef

GIVE FISH A CHANCE - A peaceful yet very powerful march brought out hundreds to deliver a strong message in favor of protecting our environment and against some development projects that are not sustainable for our Island and threaten to destroy the very same things that attract tourists to our Island. The march particularly stressed on the protection of our reef, the mangroves (fish spawning habitat) and several fishing grounds for bone fish, tarpon, and permit.

The demonstration was led by La Isla Bonita Elementary School Marching Band and at the front of the parade were a few councilors, Hon. Manuel Heredia, and directors of the ACCSD (Ambergris Caye Citizens for Sustainable Development). The many placards carried by men women and children spoke the sentiments of the majority of the people of San Pedro- placards like: “Fish Do Grow on Trees in San Pedro” & “Say No to South Beach and Say Yes to Our Reef” & “Shame on Pepe Garcia, the Expert who Says there is No Life in That Area” “Protect our Reef and The Mangroves”. One banner that attracted much attention was, “All we are saying…Is Give The Fish a Chance”.

There are three main stakeholders in this mega development project- (1) the people of San Pedro (2) The Government, and (3) South Beach. The third is concerned mainly of attracting investors for financial benefits to the company. Once they have made enough or get tired, they can pack up and leave. The second is the Government of Belize who is responsible for creating jobs, attracting investment and at the same time protecting the environment. There are large sums of money due by merit of license fees and more than likely money that ends up for political favors. And again government is there for five years and when the term is over they pack up and go.

However, the first stakeholders, the people of San Pedro are concerned of their livelihood in the tourism industry. This fragile industry depends on the resources of the reef, our beaches, the fishing sites, and a healthy environment. Unlike the second and the third, are here to stay for generations and want to ensure a patrimony for their children.

Organizers of the march are pleased with the support and turnout and feel that their message has reached the relevant authorities, especially our Area Representative Heredia who seems to be the main figure in convincing government to withdraw such license. 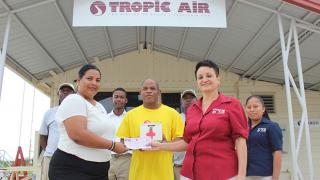 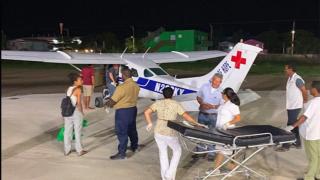 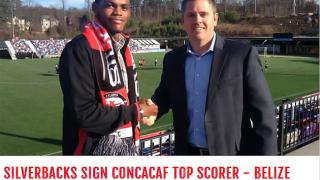