Much attention is being given to the brick streets, the new street sweeper and the garbage collection, but one problem that we see has gotten way out of hand is the traffic on the strip of beach in front of Central Park.

We have posted and published several pictures of golf carts and taxi vans driving on one of the few beautiful beach areas on the Island, but nothing has been done to correct the problem. This weekend we were witness to some really heavy and serious traffic on the beach that you would think that the Town Council had opened the beach as a street.

Within a time span of a couple of hours we counted over eight golf carts, a couple four-wheelers and over five taxi vans using the beach for recreation and business. The vehicles even went up the municipal dock that has been closed to traffic since the park was extended and the street to the dock closed. These vehicles gain access to the beach from the empty parking lot of the old Atlantic Bank building and travel up and down the beach all the way from Cholo’s Sports Bar to Esmeralda Park next to Sunbreeze Hotel.

“The traffic here on the beach is ridiculous,” stated one beachfront business owner. “Even the children playing on the beach have to be careful and dodging these vehicles. How can that be?”

The clear disregard of these motorists is destroying the natural beauty of the beach right in front of town. Why hasn’t the Traffic Department or Town Council done anything about this matter?

“I heard that the beach access was not blocked off because of personal favors to some businesses on the beachfront,” commented another beachfront business owner. We contacted Mr. Harrison Longsworth, Chairman of Transport Department in San Pedro, and he admitted that the department has been procrastinating in putting up a blockage and signs as they were aware of the problem.

Why was the Transport Department procrastinating, we wonder? But Mr. Longsworth has assured us that they are working on making the “No Entry” signs and blockage for the beach. The public will still have access to the parking lot next to the old Atlantic Bank building. For now we hope that the traffic wardens help prevent motorists from accessing the beach. 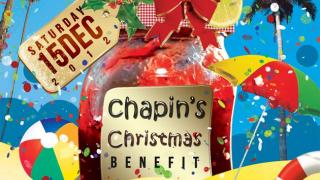 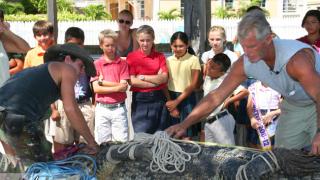 The Island Academy Hosts ACES and a Croc! 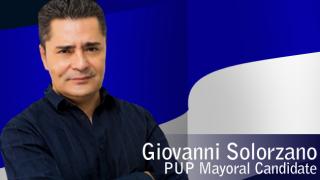