Speculations abounded last week in San Pedro regarding the prime lot located on Barrier Reef Drive, which presently houses the offices of the San Pedro Tour Guide Association (SPTGA) and is familiarly known on the island as the old credit union lot. It is understandable that anybody would be interested in the purchase of this prime property, be it a business, an inverstor, or any other party.

However, concerned residents of San Pedro, including members of the SPTGA and former credit union members, say that once more the Corozal-based St. Francis Xavier Credit Union is maneuvering to purchase the historic lot against their prerogative…and they are not going to allow this to happen.

According to St. Francis Xavier management in San Pedro, their credit union is interested in purchasing the lot, but the property has not been sold to them. The last time St. Francis Xavier tried to purchase the prime lot about two years ago, the 300-member strong SPTGA, joined by concerned residents of the island and former union members, successfully blocked the sale of the property with the assistance of Minister of Natural Resources Hon. John Briceño. In matters such as this one, the Minister in charge of natural resources has the final say as to whether the land is sold or not. Now once again, the SPTGA and concerned residents have appealed to the Minister in charge and asked for his assistance. According to SPTGA President Philip Leslie, Minister Briceño has informed the Association that the lot will not be sold to St. Francis Xavier or any other interested party.

Ambergris Today spoke with Area Representative Hon. Manuel Heredia Jr., who informed our newspaper that he was made aware of St. Francis’ first attempt to purchase the historic lot, and at that time and even now, he fully supports the efforts of the SPTGA and concerned island residents to stop the sale of the property. Hon. Heredia was also informed by the Town Council that the Council supported the SPTGA and was willing to purchase the property from Government if they decided to sell the lot. Philip ‘Billy’ Leslie also told our newspaper that the Mayor of San Pedro supported the SPTGA and pledged assistance with their efforts to block the sale of the lot.

The issue of the sale of the property became controversial when St. Francis first attempted to buy the lot with the assistance of then Senior Cooperative Officer Zenaida Moya about two years ago. (the name sounds familiar because she is the recently elected UDP Mayor of Belize City) “The San Pedro Tour Guide Association and other concerned island residents were not pleased with the attempts made to purchase the property the first time or now,” said Philip Leslie. “The SPTGA has plans for the lot and so do former members of the San Pedro Credit Union.”

The history of the old credit union lot goes back to April 1, 1949 when the San Pedro Credit Union was established as a branch of the Holy Redeemer Credit Union in Belize City. During the golden era of the 1950’s, the San Pedro Credit Union and its members prospered greatly. The credit union made many loans- to repair homes, to clean “cocals” (coconut groves), to buy or repair boats, and to help members with health problems travel to places like Merida, Mexico for advanced medical treatment. Close to 60 villagers made up the membership of the credit union and its motto: ‘Not for Profit, but for Service’ served its members well until 1961, when Hurricane Hattie wrecked havoc in Belize City and surrounding areas, including San Pedro. After Hattie badly damaged the credit union building, it was never repaired and revived until recent attempts to establish it on the island again.

In August of 2004, the Credit Unions portfolio was shifted from the Ministry of Cooperatives to Central Bank. If St. Francis continues its interest to purchase the historic lot, it will have to pursue these interests through the Central Bank offices, but the final word on the sale (or not) of the property, will fall on the shoulders of Deputy Prime Minister John Briceño. It is only fair to say that St. Francis Xavier has not been the only entity pursuing the purchase of this lot. Many other individuals and private business have also attempted to buy this prime lot. Given the history of the property, whoever attempts to buy it will surely be stepping into a hornet’s nest…and controversy. For now, it looks like the property will not be sold, but there are many unanswered questions like: “ Who does the land belong to? Will ever be sold and by whom? How does it benefit San Pedro by leaving it as it is?” 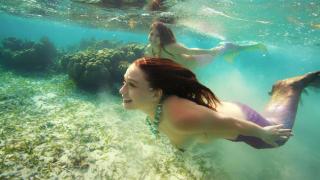 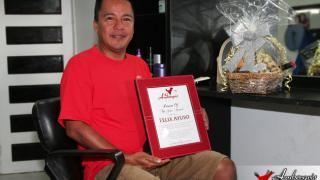 Person of the Year 2011 Felix Ayuso 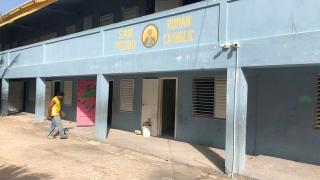