Bob Dhillon, the Honorary Consul General of Belize for Canada and multi-millionaire real estate mogul, helped raise $60,000 BZ to be used for the benefit of underprivileged children in Belize City. The check was handed over by Mr. Dhillon this Wednesday morning to Canon Leroy Flowers at the St. Mary the Virgin Church.

Dhillon, whom prefers to be called Bob, came to Belize 15 years ago at the invitation of tourism pioneer Ramon Nuñez, who he considers a dear and inspiring friend. Eight years ago, he was appointed as Canada’s Honorary Consul General for Belize and has been an instrumental figure in several fundraisers and donations that benefited the Belizean people. Over the years, Dhillon has provided donations totaling thousands of dollars to help build the island’s first hospital, the San Pedro Lions Polyclinic II, and provided donations for the San Pedro Police Department, the Belize City Baseball Team, Belize City Marching Band, and assisted in bringing over a team of Canadian dentists who provided medical services for the underprivileged in Belize’s rural areas. In all, his efforts have provided over $130,000 for the benefit of Belizean communities. The Canadian benefactor’s recent donation of $60 thousand will be used by the St. Mary’s parish for their feeding program, which provides daily nourishing food for 250 underprivileged children. The funds will also assist to renovate the church facility for the benefit of these children and the congregation.

Dhillon“Margaret Nuñez gave me the inspiration to do some fundraising for the underprivileged children,” a cheerful Bob Dhillon told Ambergris Today. “I raised $60 thousand in six days, and if Margaret would have given me more time, I would have raised more money for the children.” Very much pleased with the effort, Bob added: “Although I live in Canada, my heart is in San Pedro. What makes Belize a special place in my heart is its people. I consider it a privilege and honor to contribute to this beautiful and peaceful country. Nothing gives me more joy in life than to help people, especially underprivileged children!”

Recently, the popular and well-established Canadian magazine, Maclean’s, recognized Bob Dhillon in a special four-page report in their January issue, presented as Cadillac’s “The New-Canadian Establishment.” The exclusive interview detailed the history of Dhillon’s successful business career and his contributions to the new breed of Canadian entrepreneurship. Although he considers India to be his homeland, Dhillon was born in Japan and moved to Canada when he was only 12 years old. A secular Sikh, he is a master scuba diver and spear fisherman, and professional salsa dancer. His success as founder and CEO of the publicly-traded Canadian real estate company, Mainstreet Equity, which is listed in the Toronto Stock Exchange, has made him a multi-millionaire.

Fifteen year ago, Dhillon was invited to visit Belize by Ramon Nuñez, and he discovered a paradisiacal island in the Caribbean, where he purchased a 2,300-acre piece of land. This land lies just west of San Pedro Town and is being developed and marketed as Costa Del Sol, a multi-faceted, master planned community that will include condos/multi-million dollar retirement homes, golf courses, and other tourist activities for the promotion of tourism in Belize. Dhillon’s twenty years of experience in the real estate development business will allow for his new Ambergris Caye project, Costa Del Sol, to benefit from his expertise in land development.

“Our goal is to add value to the country,” said an upbeat Bob Dhillon. “I’m always focused in trying to give than to receive, and I staunchly believe in contributing back to society.”

Mainstreet Equity Corporation, of which Bob Dhillon is President and CEO, is the second largest multi-family, publicly traded real estate company in Canada, focused on the acquisition, re-development, re-positioning and management of residential properties. 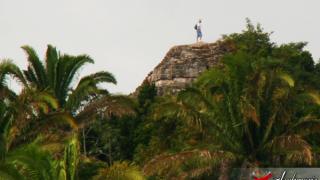 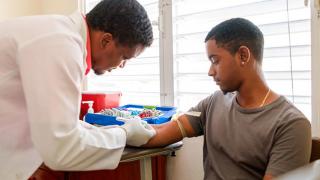 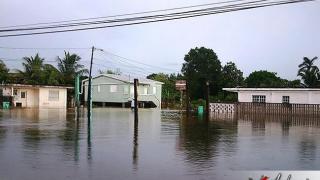