The Belizean populace’s discordance with the ruling People’s United Party (PUP) was so great that voters manifested their displeasure at the polls last week without remorse, giving the opposition United Democratic Party (UDP) a whopping 59.75% of the total votes, a landslide victory in all the municipalities in Belize.

When the votes of the 47,900 registered voters were tallied by early Thursday morning, March 2, it showed that the PUP won only 38.55%. The word on the street is that the populace is tired of the current PUP government and that most voting did not directly reflect on the popularity of the UDP. Most people seemed to vote for the UDP contrywide as a revolt against the Said Musa administration.

The turnout was lowest in Belize City with 54.5% and Dangriga with 59.2% and highest in Benque Viejo with 75.5% and Orange Walk with 73.6%. Belmopan and San Pedro were the only other municipalities over 70%.

The UDP enjoyed the most decisive victories in San Ignacio and Belize City. In Belize City, the UDP slate beat their PUP opponents almost two to one. The top UDP vote getter, Laura Esquivel, got 12,951 votes, while the PUP’s lowest vote getter, Marshall Nuñez, received 6,481. Nuñez, who had topped the polls for the PUP in the last election, was decidedly outmatched by Moya who beat him almost two to one; she tallied 12,433 votes to his 6,481.

Combined, the UDP got 64% of the vote, while the PUP got 36%, a result so lopsided and uncharacteristic in the city, that the likes of it have not been seen for two decades.

In San Ignacio, the UDP also got 64% to the PUP’s 46%, with the top UDP vote getter Bernadette Fernandez more than doubling the PUP mayor’s final. The race was the tightest in Benque Viejo, where the UDP had the slimmest margin of victory; it got 51.8% of the vote and the PUP got 48.2% in that municipality. The PUP also got in one councilor in as Armando Chulin beat Mirna Escalante by one vote.

In Corozal, the UDP got just a shade under 50% of the vote, while the PUP got 45.7%. Independents played a big role there, where the “We The People” movement got 4.4% of the vote.

Independents played the most impressive role in Belmopan where the VIP movement got 19.5% of the vote, while the UDP got 48.5% and the PUP got a dismal 34%, the party’s worst showing in any municipality. The UDP did the worst in Punta Gorda where an independent mayoral candidate got 3.5% of the vote. That opened the way for PUP Mayor Carlos ‘Obeah’ Galvez to get elected. Overall, the UDP got 50.1% of the vote there, while the PUP got 46.4%.

In Dangriga, the UDP got 61.9% of the vote, while the PUP got 38.1%. Dangriga was the only municipality where the mayoral candidate, Frank “Pawpa” Mena was also the top vote getter. 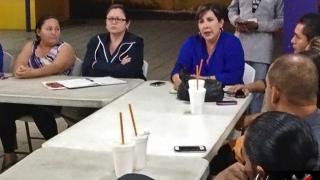 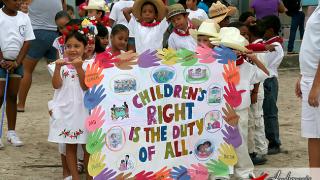