The invasive Lionfish has spawned and affected reef ecosystems in many Caribbean countries. It eats just about anything; even fish twice its size and can also give a nasty sting to humans. The Lionfish has been spotted in Belizean waters once at the Turneffe Atoll and Glover’s Reef. Initially $10 was offered for each Lionfish that was captured, but stakeholders in the industry are now offering $50 per fish that is captured or killed.

The Lionfish is an invasive species and what it has basically done in countries like the Bahamas, Turks and Caicos is that it has affected recruitment of pure local and endemic species. At the end of the day it has affected the entire function of the reef ecosystem because it has the ability to directly negatively affect those reef fish populations who play an important role in maintaining healthy reef ecosystems at the end of the day.

“What we’ve been doing in Belize is that we’ve been trying to benefit from sister countries that had to deal with the lionfish,” commented Beverly Wade, Fisheries Administrator to Channel 5 News in Belize City.

“One of the main things that they have cited now in looking back at the whole entrance of the lionfish in their waters, they regret now not looking at eradication programs or activities from the onset and what we are advised on is to sensitize stakeholders out there and to try and work with stakeholders to encourage people to fish the Lionfish. As said before, we’re not going to get rid of it. It’s here to stay but you now have to look at measures to control them, look at measures to utilize them and look at measures to help to eradicate them to keep their populations at a certain level.”

Wade also mentioned that an initiative is being spearheaded by Mister Pepe Garcia from Tunich, NA. Mr. Garcia is now working along with the Fisheries Department and the Coral Reef Monitoring Group to now work through the fishermen and to encourage fishermen to target Lionfish and a reward of $50 will be paid for a Lionfish that is landed.

Wade said that there are few predators for the Lionfish and once Lionfish are captured, the data that is gathered will help the Fisheries Department to determine the distribution and numbers of this fish species in our waters. 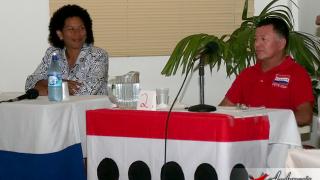 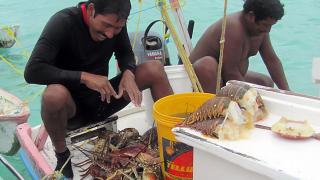 Netting Change for Fisheries in Belize 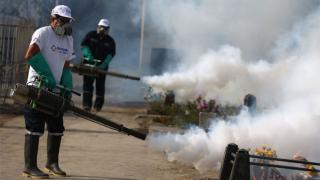