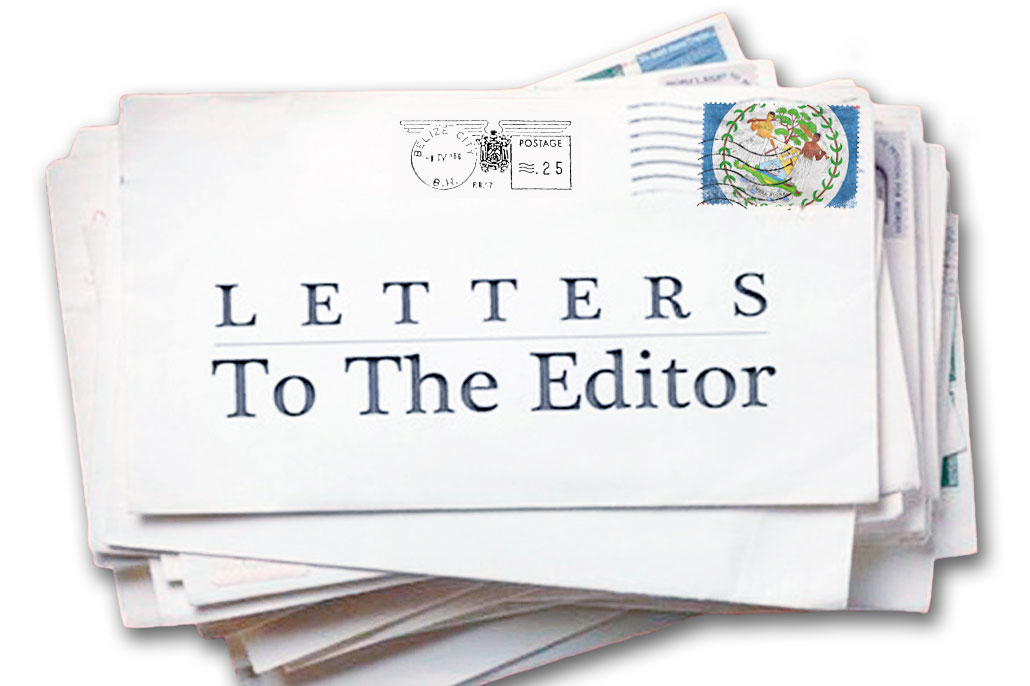 What Kind of Democracy Will the Next Generations Choose for National Happiness?

It is through adversity that character is shown, and it is through trials that a nation forges its identity and greatness. Belize is in a time of challenge it has not endured since the beginning of its independence. Its greatness will be shown if it is able to hold firm to its founding principles and vision. This year’s September theme, “Belize @ 40: Hopeful Hearts, Steady Hands, Together we rise.” is an exhortation to rise from those same founding principles. Before Covid, September celebrations were filled with life. Although large gatherings are not permissible at this time, it remains an occasion for all Belizeans to renew their commitment to a virtuous life, and build a free democracy as envisioned by the Father of the Nation, and the many early heroes of Belize.

The international events of the fall of Afghanistan are a sobering reminder that no democracy is guaranteed, and a nation’s freedom is not to be taken for granted. As the Taliban entered into control of Afghanistan, due the void left by the US forces, their different ideas have led to a new nation state now ruled under Sharia Law. Democracy without the virtue of its citizens, that is, without hopeful hearts and steady hands, will always fail. Ideas have consequences, and the events in Afghanistan are a warning to all free nations that the foundations of freedom must be protected. In fact, a reminder of the foundations of freedom is enshrined in the Belize Constitution preamble when it says, “Whereas the people of Belize... recognise that men and institutions remain free only when freedom is founded upon respect for moral and spiritual values and upon the rule of law.” Moral and spiritual values form hopeful hearts and the rule of law, and, when just, strengthen steady hands of individuals so that the nation and the common good of all may rise together. When moral and spiritual values are dismissed, the rule of law becomes arbitrary, and the foundations of freedom can be manipulated by ideology, and is stealthily replaced with a totalitarian democracy. In a totalitarian democracy, morality is no longer objective but is confused with good intentions and subjective feelings; spirituality is reduced to affirm one’s personal ideas or feelings; virtue is not measured by good deeds for justice, but rather one’s mere aspiration for justice through advocacy; and the rule of law is no longer measured according to reason, but is seen as an expression of the general will, which all other persons must conform to, regardless of conscience and truth. In a totalitarian democracy, all must conform to the general will interpreted by those in power and the mass psychosis of the majority group think. Those who refuse to conform are rejected as radicals, fanatics or evil. They suffer the consequences to reputation, employment and constitutional freedoms. History teaches, as in the execution of Carmelite Catholic nuns of Compiègne at the guillotine during the French Revolution, that a totalitarian democracy can even lead to unjust taking of innocent life, even in the name of “liberty, equality and fraternity.”

Totalitarianism is defined by Arthur Versluis as, “the modern phenomenon of total centralized state power coupled with the obliteration of individual human rights: in the totalized state, there are those in power and there are the objectified masses, the victims.” When principles of a totalitarian democracy take root, government, to the harm of subsidiarity and solidarity, will always overreach the personal freedoms and fundamental human rights of the citizens. It is clear from recent years that Belize has come to a crossroads and must decide what future it desires. Every new generation must embrace its heritage and its original principles, or like a boat without a rudder, be tossed about by waves of competing ideologies and corrupt influencers. Belize was founded as a limited democracy, where the prerogatives of God, churches, and culture are recognized, and the separation of powers encouraged. In the Jewel, individual creativity and participation is encouraged. Acceptance and toleration is widely present. Does this generation want to move to a totalitarian democracy where just limits that preserve individual human rights are made obscure, and we unduly force individuals into submission of a predetermined general will? Only in a limited democracy can we rise together. In a totalitarian democracy, there are only “those in power and the objectified masses.” On September 14, 2020 Belize was 24 hours from definitively making a step in the direction to a totalitarian democracy, and most did not even realize it.

On September 15, 2020 a proposal known as the Equal Opportunities Bill (EOB), was not tabled by the acting Cabinet. The highly controversial EOB was rejected, but few Belizeans understood that principles of a totalitarian democracy were proposed in the EOB, which promoted a harmful gender ideology. The EOB would have overreached all laws except the constitution, and had the potential of indirectly curtailing definitions that existed in the constitution. Although the intention of the EOB was appreciated, the way of obtaining its objective was widely rejected for different reasons. Many in the public forum saw it as idealistic and economically unreasonable. Others did not think the EOB went far enough, accusing the limited church and political exemptions as discriminatory under the new proposed definition of discrimination. Many were suspicious and resentful of Human Dignity Trust’s involvement (a British LGBT organization funding the EOB’s drafting and promotion). Still others saw an erosion of parental rights, freedoms and Belizean sovereignty in the EOB. A few claimed a loss of independence of the Judiciary. The evangelicals were outspoken of the LGBTQI ideology being promoted. There were even those who mocked the lack of common sense in the EOB in its unprecedented attempt to introduce a third sex into Belizean law!

A well-intentioned bill with many promises including “equality” for all, and “non-discrimination,” when investigated, was far from reaching its objective. The EOB was not a non-discrimination bill. It would have put the harmful gender ideology into law. The EOB was a proposal to shift Belize towards a totalitarian democracy with a select group of powerful influencers exploiting those vulnerable groups, and making claims on pseudo-rights to the gradual obliteration of established, individual constitutional human rights. It was equality of a few select groups, stepping on others to reach for an unattainable ideal. To one popular Belizean lawyer, the EOB called to mind an adage of the popular book Animal Farm, “All animals are equals, except some animals are more equal than others.” This book is a political satire written by George Orwell to warn of the “will to power” government of a totalitarian autocracy. Totalitarian democracies are equally as harmful to human rights. With the gender ideology, which the EOB tried to enshrined into law, there is no “together we rise,” there is only the “objectified masses” by those who hold sway in public opinion of what constitutes hate speech, discrimination and rights.

In a successful democracy the promotion of the dignity of each person is essential to a free, diverse Belize. This may come with disagreement, but in Belize, thank God we are free to disagree without legal punishments for speech that may hurt feelings. A free democracy comes with respectful disagreements, and risks allowing offensive speech in order to leave room that hearts and hands may be formed. It is from hopeful hearts, that the joy from family and friends, cultural treasures and new enterprises flourish, and it is from the work of the steady hands of every Belizean that it is possible to ultimately rise as a nation united. Trust in the goodness and creativity of our people. Growth may be slow, but it will be together in the land of the free. Seeking large international handouts at the expense of the founding principles of Belize is not a solution for national happiness, but rather a misguided hope, and a demonstration of weakness without character. Together we will rise! Trust in God to fulfill what every generation in Belize has asked of Him in the Belizean National prayer. Together, the people of Belize believe if we remain faithful to our founding principles, and to God, we will be blessed with peace, social justice, liberty, national happiness, the increase of industry, sobriety and useful knowledge. The choice is given to this generation. Choose wisely. 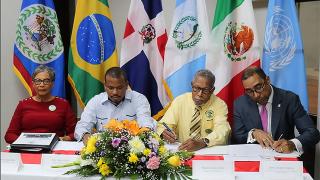 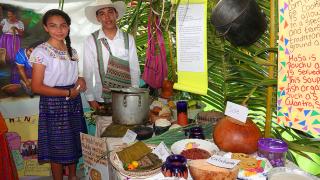 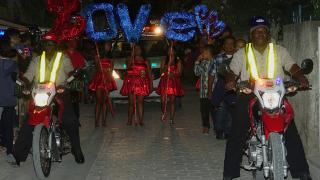