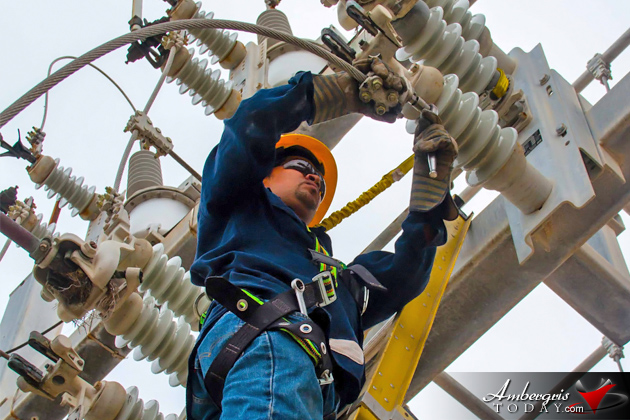 There was electrifying news from Belize Electricity Limited (BEL) at a public meeting held on Monday, July 11, 2016, at the Lions Den in San Pedro Town. A large delegation of BEL employees, both national and local, addressed a small audience of San Pedro residents on all issues pertaining go the smooth delivery of electrical services to the Island.

Present at the public meeting were several senior managers/engineers of the electric company to include Mr. Gomez, Mr. Reneau, Mr. Andrade and Mr. Davis. San Pedro engineer, Ernesto "Neto" Gomez gave a general overview of the company's operations on the island. The public learned that electrical power comes from four hydroelectric companies and from Mexico.  Interesting was the explanation of the five main causes of failure in the system:
1.  Failure of Substation equipment
2.  Overload due to rapid growth
3.  Corrosion and salt contamination
4.  Loss of supply from Mexico
5. Weather-related problems, including lightning

The engineers explained that the increased number of blackouts being experienced during the past three years and even more recently is due to the rapid growth of San Pedro and the high demand of their services.  San Pedro is growing at a rate FOUR TIMES FASTER than the rest of Belize. This puts a lot of stress on the system and thus the need for upgrading. 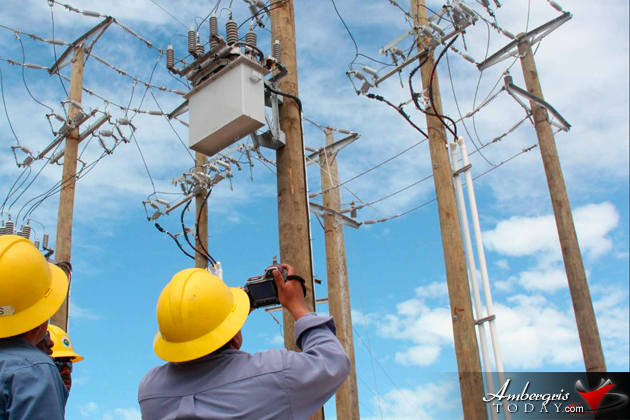 The engineers explained in detail that the island’s system is kept alive with a direct line from Bomba on the mainland to the Caye. This comprises of six miles of overhead lines, 11 miles of submarine cable, and finally six miles of overhead lines from south of the island up to Ramon's Village. From Ramon’s, there is a network of underground cables up to the substation. Any failure occurs by one of the above mentioned causes and a break at the weakest link of  lines and transformers.

Now the electrifying news is that revamped transformer equipment is currently being set up at the Bomba Station that will stabilize the island’s system and cope with the high demands for the next ten years.

For long term projections to keep the island’s system running smoothly and effectively, BEL announced that they are already planning and making progress on a second submarine cable to come from the mainland to the north of the Island. This was in response to Ambergris Today's question on an alternative plan in case there is a failure with the present submarine cable system.

With this exciting news CEO of the company expressed thanks to the residents of San Pedro and Ambergris Caye for their patience and understanding and then invited all present for some courtesy snacks. 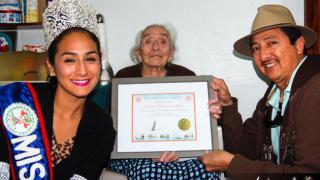 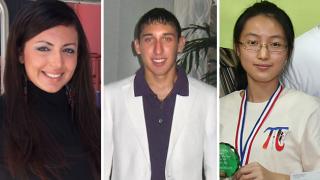