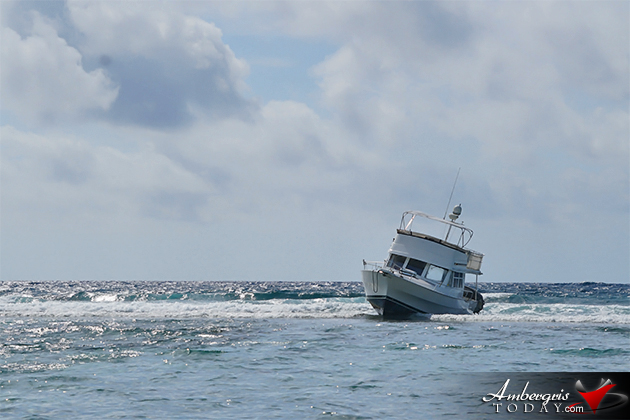 The strong stench of diesel fuel fills the air as you approach the 39-foot Mainship Trawler that has run around into the coral reef just in front of San Pedro Town, Ambergris Caye, Belize. Damages to the vessel and the reef are significant but not fully known as investigations continue after the early evening shipwreck.

Amigos del Mar personnel tell Ambergris Today that they responded to the distress call of Captain Roger Day, 66, who was the only person aboard the vessel ‘Connie Sue’ at about 7p.m. on Wednesday, June 15. He was brought ashore after which all the proper authorities were notified, including the Belize Coast Guard, Belize Port Authority, Department of Environment and Hol Chan Marine Reserve. 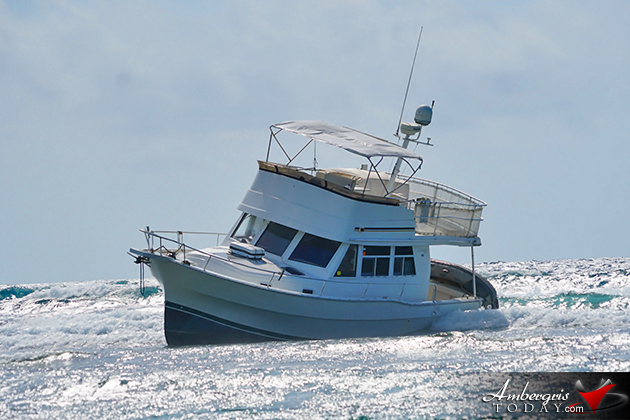 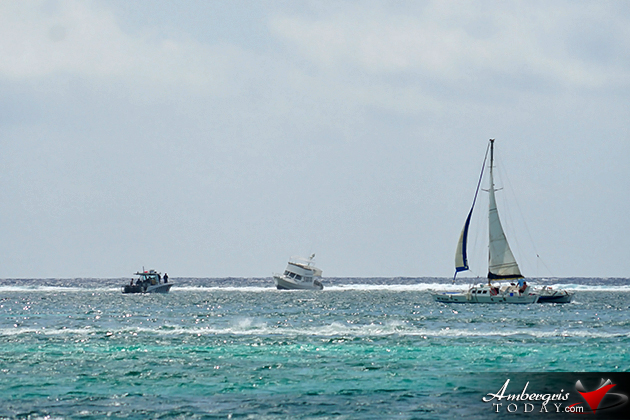 A statement made by Day to the Port Authority indicates that the American registered vessel was enroute from Guatemala to the United States when it started to take in water in the area in front of San Pedro Town. Day was forced to immediately head to shore but his navigational equipment failed to direct him through the channel on the reef; he missed it by far and struck the reef.

As daylight came the following morning, it was evident that some diesel fuel had leaked onto the sea and much damage has been caused to the coral reef section that lies immediately in front of the Amigos del Mar area. During the course of the morning investigations the Belize Coast Guard also apprehended four individuals who were caught stealing items from the shipwrecked vessel, including an attempt to steal the engine. The four men were handed over to the San Pedro Police Department and arrested, pending charges. 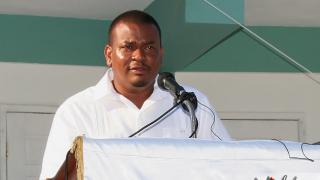 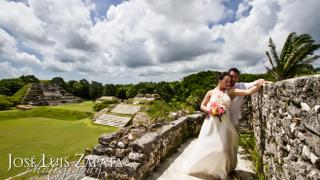 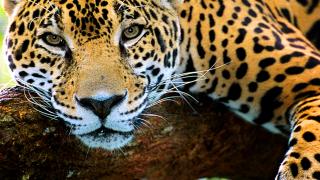