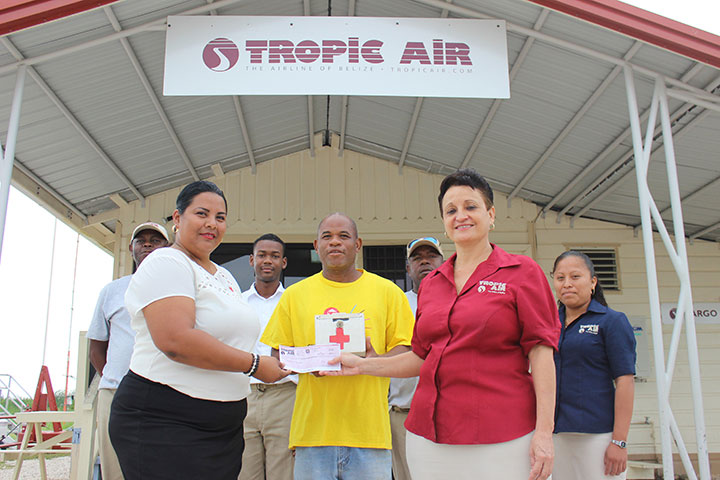 Tropic Air has announced the first month’s results of its 2016 nationwide #TropicGivesBack charitable fundraising campaign. For every ticket bought at the month’s selected station, $1 will be donated to an organization chosen by our staff stationed in that community. January was the chosen month for Dangriga, with Caye Caulker for February, and Belmopan for March.

As part of the airline's largest charitable fundraiser of the year, Tropic Air business partners, staff and customers joined efforts and raised $500 for the Dangriga Red Cross. A check was presented to the organization on Thursday, February 4th.

"Every year, our staff and customers, come together to raise much needed funds for a variety of charities with the joint goal of making a lasting impact," said John Greif III, Tropic Air’s president. "We also encourage our customers to join in giving to the causes that they are passionate about,” he went on to say. “Through the #TropicGivesBack Donation program, we are honored and privileged to support the work of the Dangriga Red Cross, and we couldn’t think of a better way to contribute to their efforts in the community,” said Steve Schulte, Tropic Air CEO.  “We thank our Employees for giving their time to volunteer around Belize, and we thank our Customers for the wonderful response to this program, which made the donation possible.”

Their work focuses in the areas of Community Resilience (disaster management & preparedness, response and recovery); and Disaster Risk Reduction and mitigation; HIV & AIDS prevention through Peer Education (TWC Program); Violence Prevention and Youth development;  First Aid & prevention of communicable diseases, Social Assistance (feeding programs, assistance to fire victims, wheelchair distribution) and dissemination of their 7 Fundamental Principles and Humanitarian Values. This work is carried out through recruitment, training and deployment of Volunteers, the greatest assets of the organization. 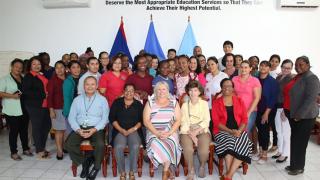