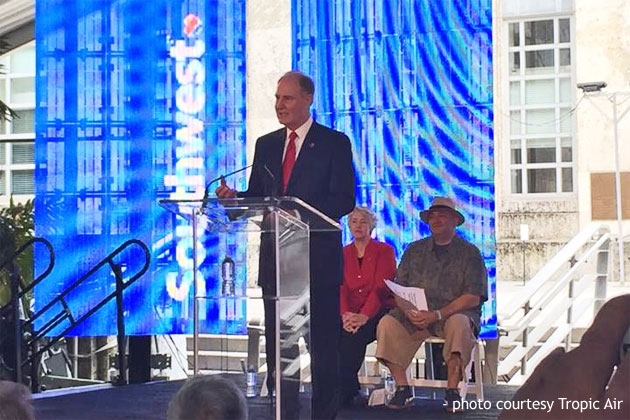 Southwest Airlines CEO Gary Kelly announced yesterday, May 13, 2015, that tickets for their Belize flights started to go on sale as of 3a.m., Thursday, May 14. Southwest Airlines has announced that it will be adding flights to Belize City from Houston starting October 15, 2015.

Southwest Airlines will offer nonstop flights to Costa Rica, Belize and Jamaica from Hobby Airport's international terminal which puts the airline in head-to-head competition with United Airlines, which flies to all those locations from Houston's larger airport, George Bush Intercontinental. A Belize delegation was present for the announcement and “Beach Bash,” which was held after the press conference. In attendance were Director of Tourism - Mrs. Karen Bevans, Chairman of the Board - Dr. Carla Barnett, Director of Marketing – Ms. Karen Pike, along with representatives of Tropic Air and the Belize Airport Concession.

Travel Trade Manager – Michelle Flowers, and Senior Officer – Deborah Gilharry were there to share information with the public about making Belize their next vacation destination. The Belize diaspora was invited, along with travel agents in the area.

Southwest Airlines is known for allowing free baggage on your flight (up to two 50lb bags) and no additional fees for changing tickets. Both American and United are known to charge for bags and ticket adjustments.

Senior Advisor in Communications for Southwest Airlines, Brad Hawkins, visited San Pedro, Belize in February of this year and met with Tropic Air personnel Julie Kee and Anthony Hunt who is also the Chairman of the Belize Aviation Development Committee to further iron out details and connections with the aviation community in the country. He stressed that Southwest Airlines is the number one carrier in the United States, indicating that the airline is not just for budget travelers, but for all kinds of travelers who will be coming to Belize. 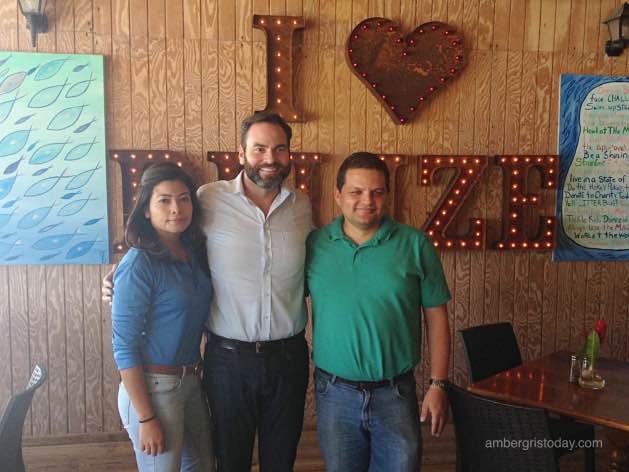 At the press conference Kelly also stated that the airline added Liberia, Costa Rica, to the list of previously announced international destinations that Southwest will serve from Houston. Flights to Mexico City, Puerto Vallarta, Los Cabos, Cancún in Mexico as well as San Jose start October 15. A flight to Montego Bay, Jamaica and the Liberia flight will begin November 1. Service to Aruba from Hobby began earlier this year.

Kelly said four of the eight new flights have no competition in Houston currently. "These flights will provide much needed competition," Kelly said. "There will be much needed relief from some of the highest international fares in the country."

Tickets can now be purchased on Southwest’s website https://www.southwest.com/. There will be no ticket agent in Belize, therefore, this is the only mode for purchasing tickets for Southwest Airlines flights. 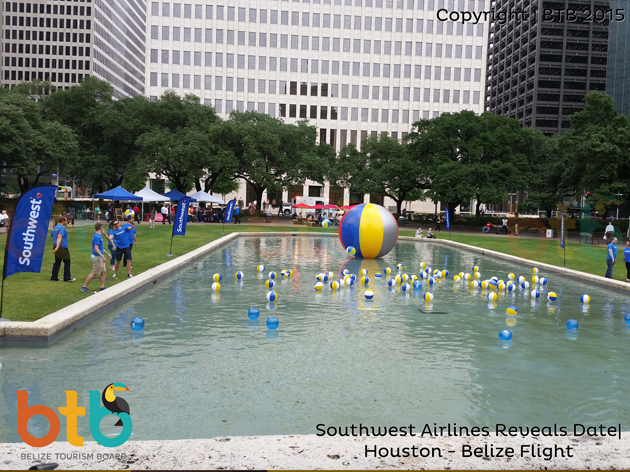 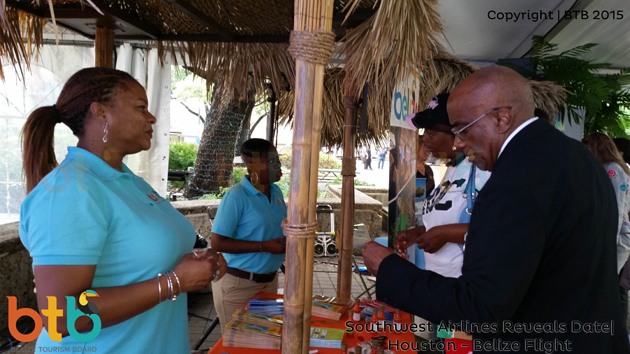 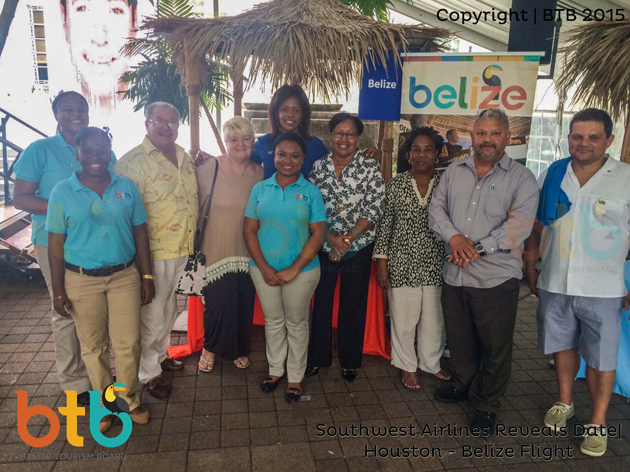 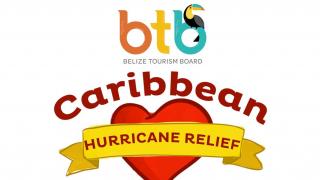 BTB Launches A Dollar for the Caribbean Relief Fund 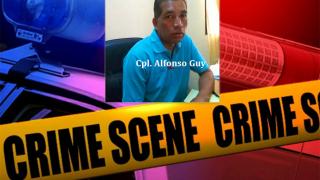