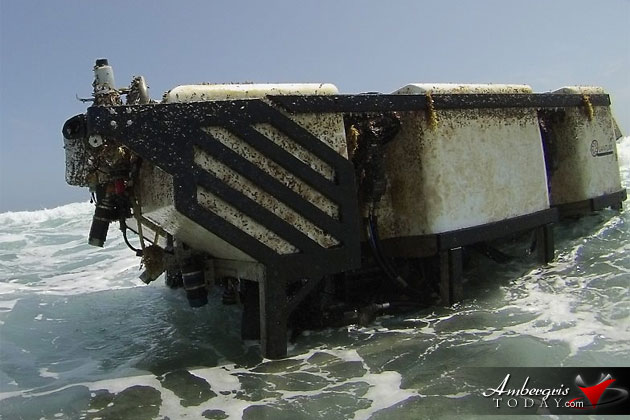 The office of Hol Chan Marine Reserve reports the discovery of a deep water submersible that has run aground on the reef about 5 miles north of San Pedro, Ambergris Caye, Belize. It was discovered on Wednesday, March 12, 2015, and remains on location as officials battle the rough seas to continue their investigations and removal of the large apparatus.

San Pedro Police and the Belize Coast Guard investigated the discovery of the deep water submersible on Wednesday, shortly after 3p.m. almost in front of Mata Chica Resort. Hol Chan Marine Reserve confirms that the apparatus is a deep water submersible used for research, exploration and deep water works. It measures almost 12 feet long by 6.6 feet wide and 7 feet high. 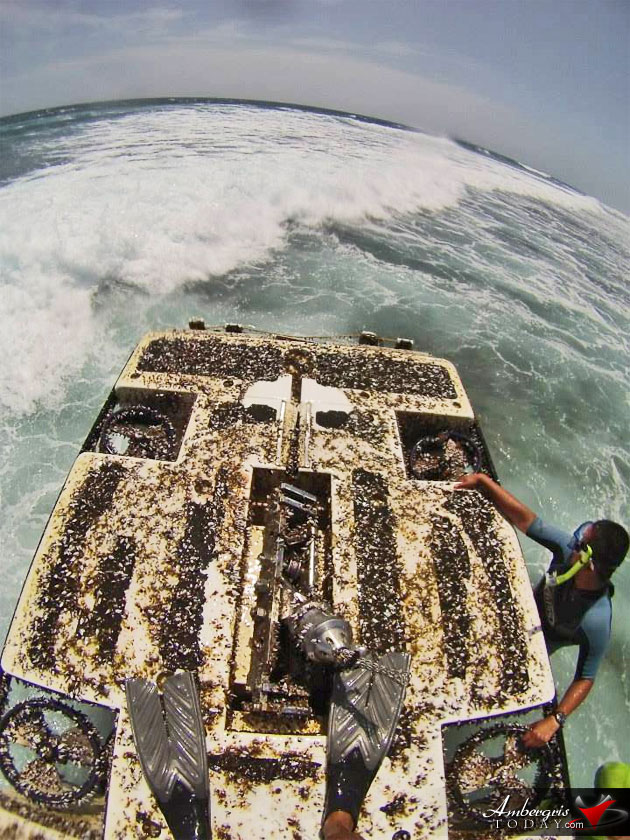 The origin of the apparatus is not known by island officials, but they indicate that it is obvious that it has been drifting out at sea for a long time since a lot of barnacles have settled on almost all its surfaces.

“It was not used here in Belize,” commented Hol Chan Marine Reserve Personnel. “It just drifted here and ended on the reef. It has not been removed from the reef yet. We were out there this morning and the sea was too rough to attempt taking it out. A preliminary assessment has been conducted on the reef but this was also hampered by rough seas.” 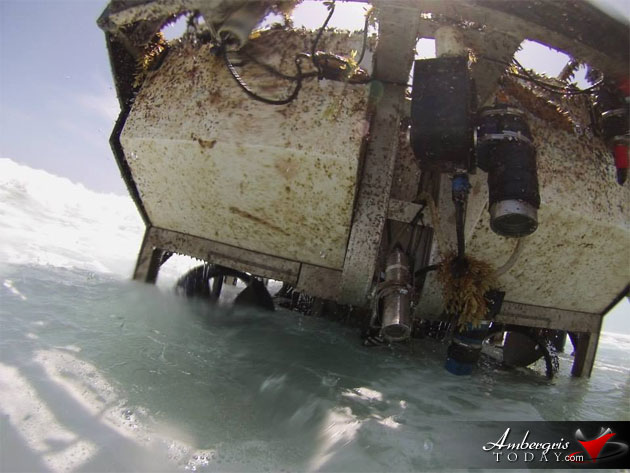 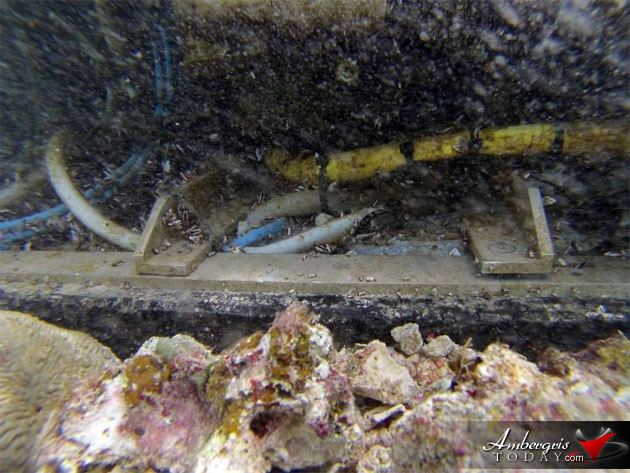 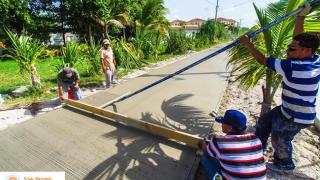 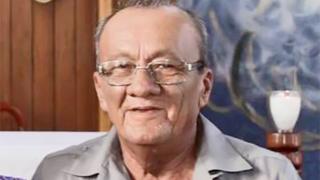 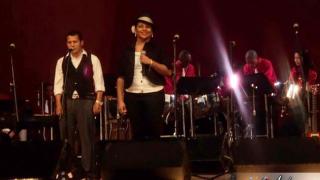