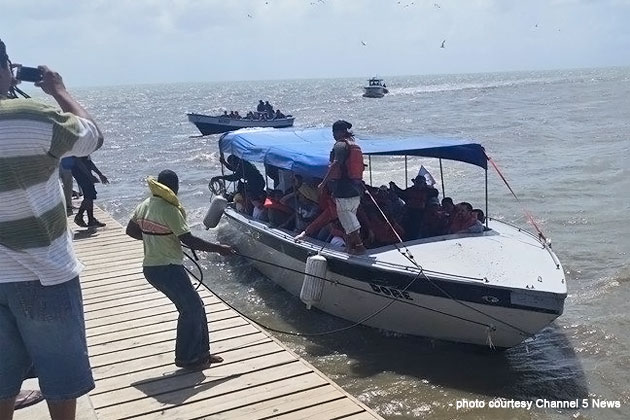 - Press Release, Government Press Office, Belmopan, March 2, 2015 - The Government of Belize is very pleased and relieved that the group of 37 Belizeans who was held on Saturday, February 28th, 2015, was returned safely and promptly on Sunday March 1st, 2015 at 10:57am.

At 3:40 pm. on Saturday 28th, February 2015, the Ministry Of Foreign Affairs was alerted of reports that Guatemalan Armed Forces had detained a group of Belizean citizens who were returning from an excursion to the boundary marker at Gracias A Dios and that they were being taken against their will to Livingston. The Foreign Minister and the Prime Minister were immediately informed and they gave their directions.

Belizean authorities immediately, in accordance with standard operating procedures in managing such incidents, activated the lines of communication to firstly, guarantee the safety and welfare of the Belizeans on board the vessel and their immediate return; secondly, to ensure that they were afforded appropriate consular support; and thirdly, to ascertain the facts.

The Belizean Government’s deep concern about the ongoing incident was raised with senior authorities of the Guatemalan Government and of the OAS.

Good cooperation through official channels facilitated the swift and prompt return of our citizens to Belize. The Government of Belize wishes to thank the diplomats and military officials in both Belize and Guatemala as well as the OAS for the exercise of prudence in the handling of this incident.

Initial reports suggest that by an error of navigation the Belizean vessel may have unintentionally entered into Guatemalan waters. These reports also suggest that the Guatemalan authorities may have erred in their judgment and placed the passengers of the vessel at risk by diverting the vessel to Livingston, Guatemala.  Also the reports suggest that the Guatemalan military officials may have entered illegally into Belizean waters at the Sarstoon. The Government of Belize will be taking necessary measures to address these concerns and others with the Government of Guatemala including the request of a joint verification exercise along with the OAS. The findings of this verification exercise will guide our Government’s further action. 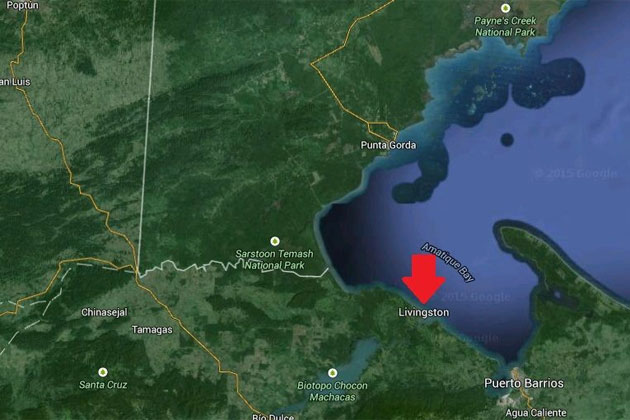 The Government of Belize remains committed to a peaceful resolution of Guatemala’s claims as agreed under the Special Agreement of 2008 and the continuing process under the auspices of the OAS to maintain peace and to promote confidence building measures between the two countries.

The Ministry of Foreign Affairs wishes to caution that while there are no areas in Belize where Belizeans are not permitted to visit, those areas within the proximity of the border continue to remain the subject of an active controversy between Belize and the Republic of Guatemala. Official reports furnished to the Ministry of Foreign Affairs by the OAS reveal that the same group which organized this weekend’s excursion had exactly one year ago planted palms on the wrong side of the border.

The Ministry maintains its view that it is imprudent and potentially dangerous for the organizers of excursions of this type to expose innocent Belizeans, especially minors and elderly, to the risk of inadvertently entering into Guatemalan territory. It must be borne in mind that any such entrance into Guatemalan territory constitutes a contravention of the Guatemalan immigration laws and can result in legal action being taken against those who contravene their laws.

Demonstration of Belizean presence, the exercise of our administration and jurisdiction, the deterrence, detection and interdiction of illegal activities in Belizean territory are best left to the official authorities. 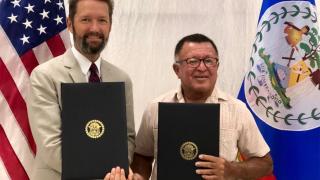 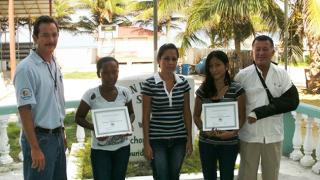 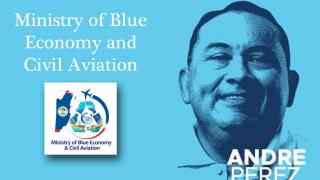