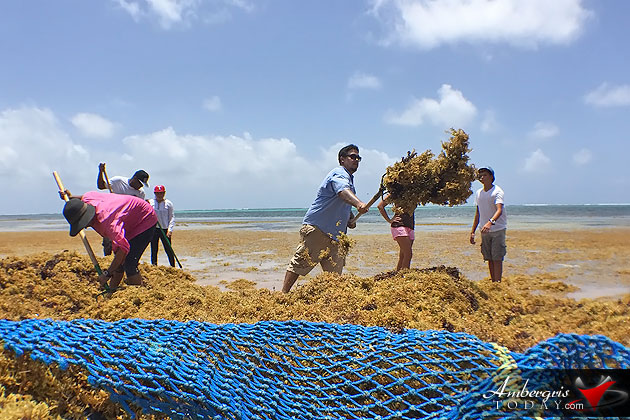 One man’s outreach to the community to find a solution to the Sargasso problem plaguing the island has him organizing a weekly beach cleanup campaign that promises to build the beach while getting rid of the Sargasso (seaweed) that keeps accumulating by the tons.

Dimas Guerrero refused to sit back and watch all that seaweed pile up on the shores of the Ambergris Caye, and after doing some extensive research, he found a solution that not only removes the unsightly and smelly, decomposing seaweed but also reclaims the beach area.

Instead of collecting and removing seaweed from the beach, which also takes away beach sand along with it, Dimas tested a method that keeps both on site and has the beach growing exponentially. In his first testing of the method he was able to add 17 feet to a beach area. It’s a simple process of collecting the seaweed and evenly laying it out on the beach; various holes are dug where as much seaweed is dumped and compacted, while the white sand from the hole is used to cover the remaining seaweed on the beach. 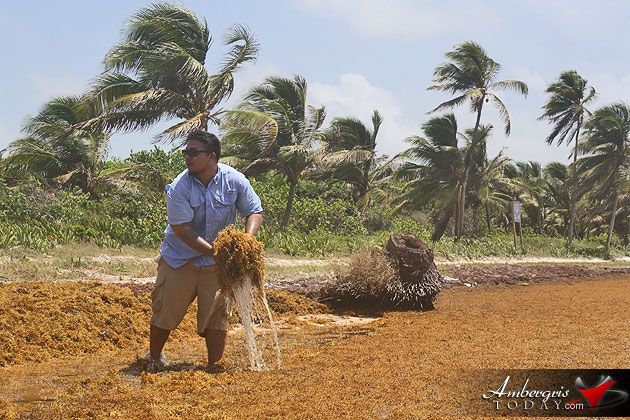 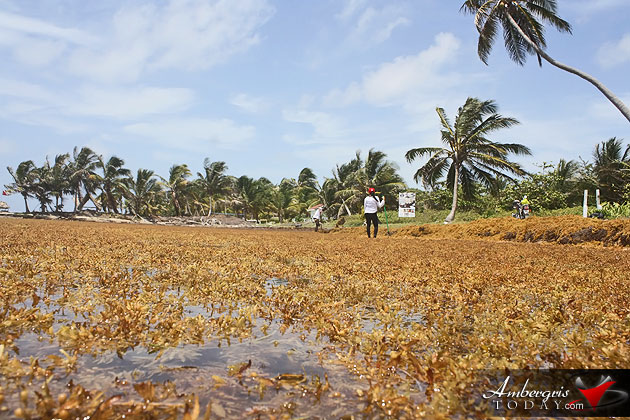 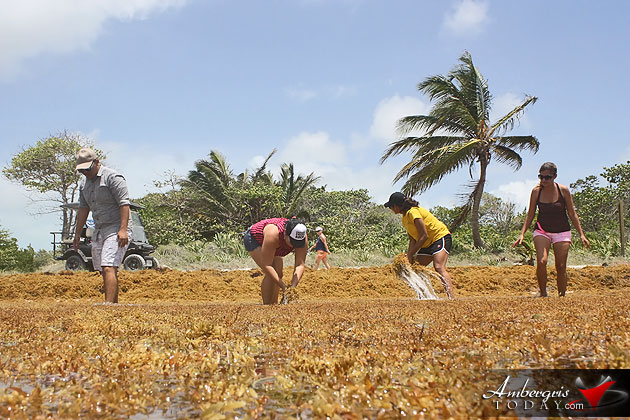 It’s hard work and at times it may seem discouraging considering the large amount of seaweed drifting in, but that is not discouraging Dimas from organizing cleanups every Sunday at a public beach just north of Las Terrazas/Journey’s End property. For four weeks now, volunteers have been working hard along with him and he provides refreshments and snacks in return.

“It is a process that works,” commented Dimas to Ambergris Today. “It’s hard work but if the community comes together in masses, it will make the task much easier and faster to complete. It is a simple solution that in the end builds more beautiful beach areas on the island.”

Dimas is asking island residents to participate in one of the cleanup days to witness firsthand the process and then hopes it will encourage other groups to organize at other locations on the island.

“I want people to see how well this method works and for everybody to come together to alleviate the problem. The positive turnout is cleaner and wider beach areas, we all win here,” commented Dimas. “I want to thank Lorraine Reed, Tino Tzul and Elito Arceo for showing me much support from the beginning; they keep me motivated and help out tremendously.”

Dimas hopes that the town’s leaders will also get involved. His group meets every Sunday at 10:00a.m. on the beach area just north of Journey’s End. Eventually the group will meet at another beach, once this beach area is cleared. 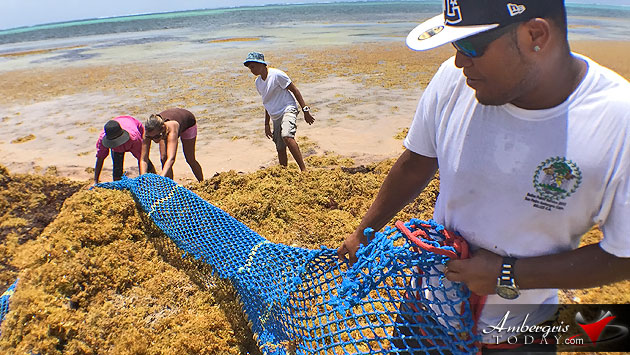 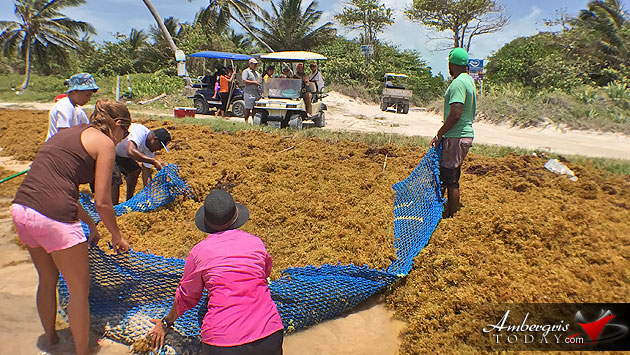 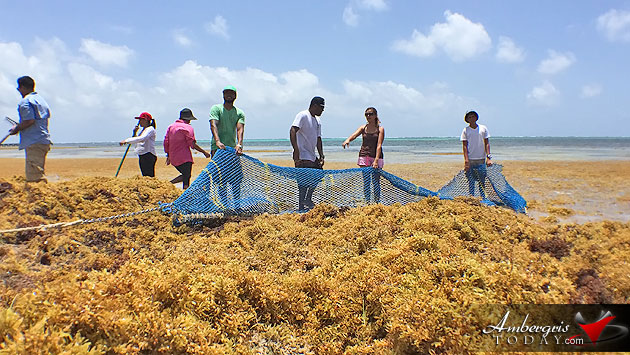 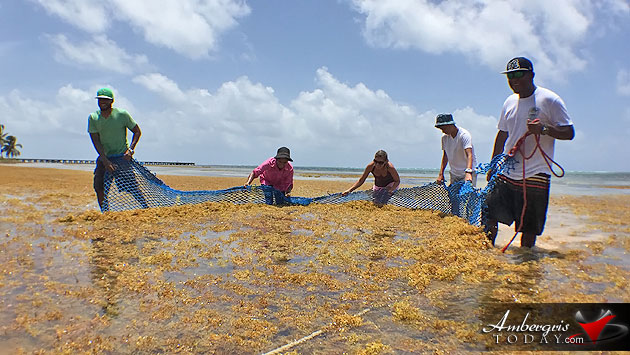 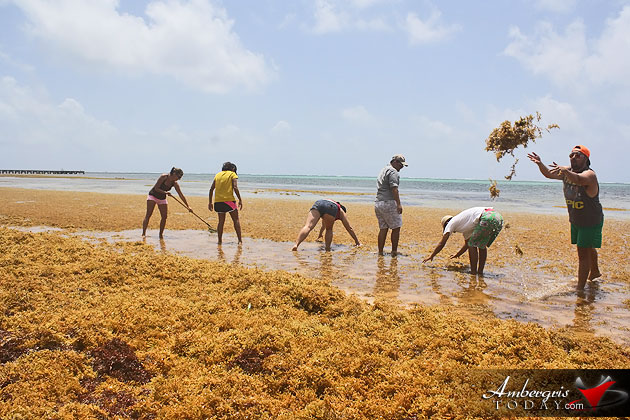 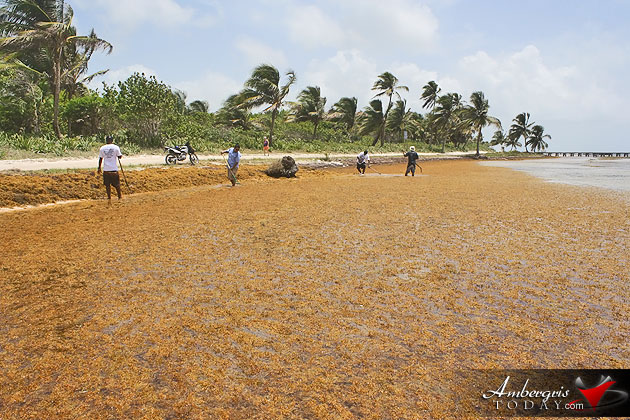 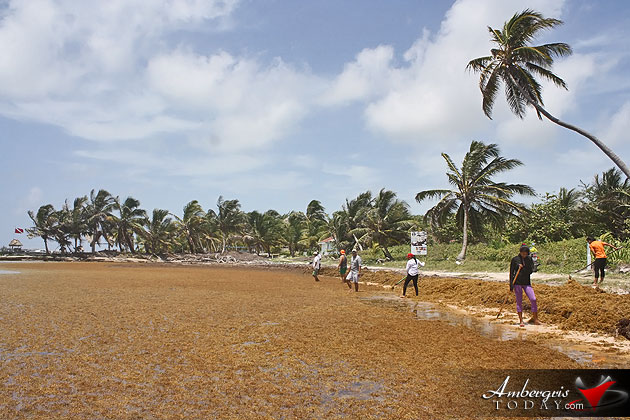 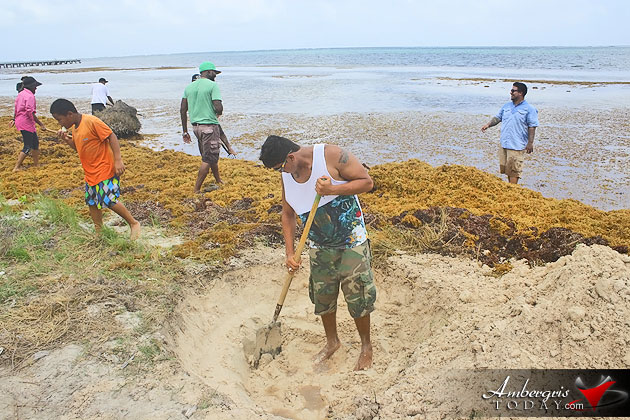 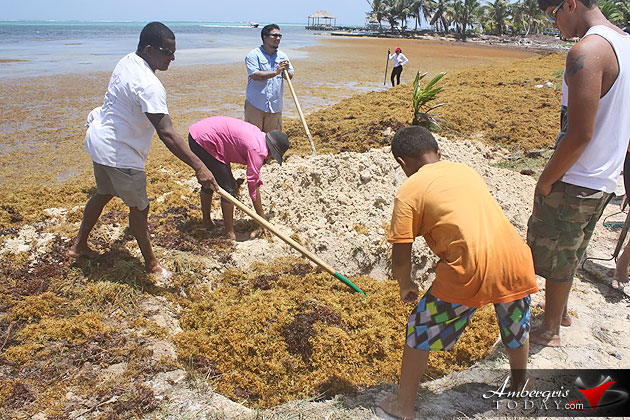 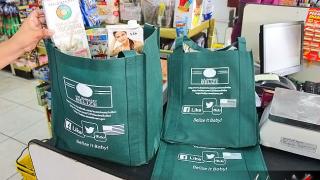 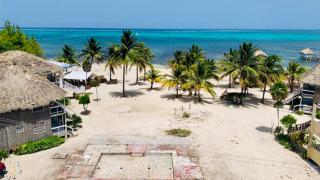 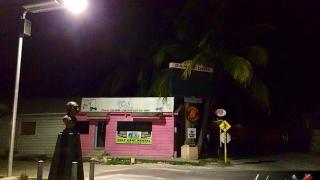