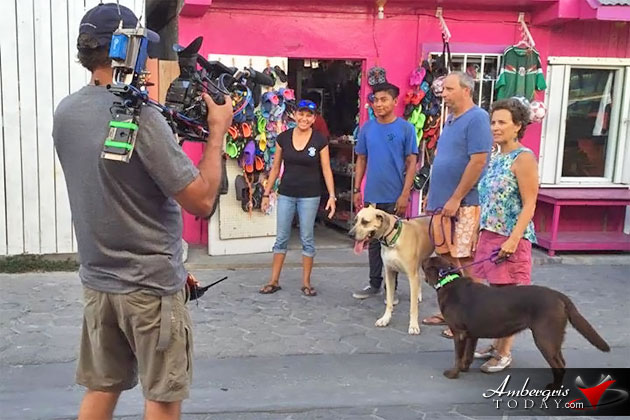 A camera crew of HGTV was here in March and April of this year and now they were back this past week in San Pedro, Ambergris Caye, Belize, filming for another episode of House Hunters International. On Saturday, July 18, 2015, the film crew closed down the south end of Pescador Drive (Middle Street) for filming purposes.

The house hunting couple moving to Ambergris Caye solicited the services of Pampered Paws’ dog trainer Kathy Marin to train their two dogs to ride on a golf cart. During one of the session, the film crew got permission to close down the street in front of the dog grooming/training business as they captured Ruby and Mille getting adjusted to life on the island; riding on a golf cart is an essential part of living on Ambergris Caye.

The HGTV film crew also followed the couple around the island and during their house hunting venture. 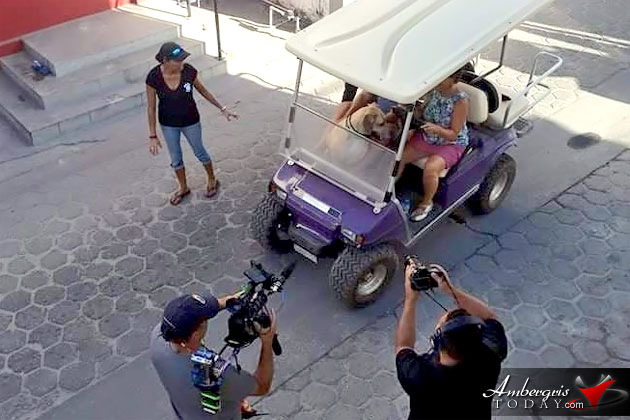 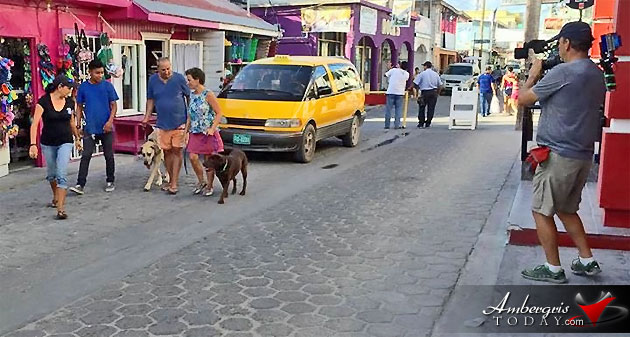 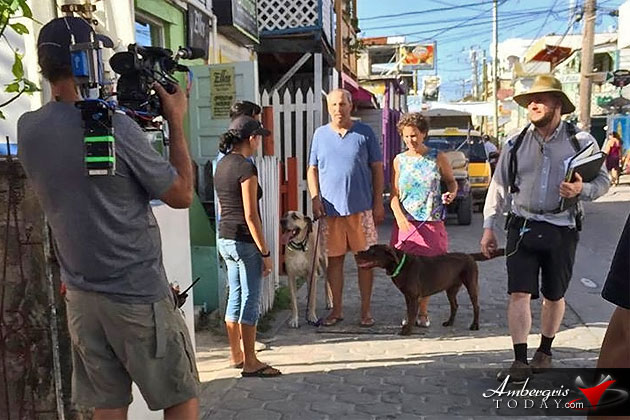 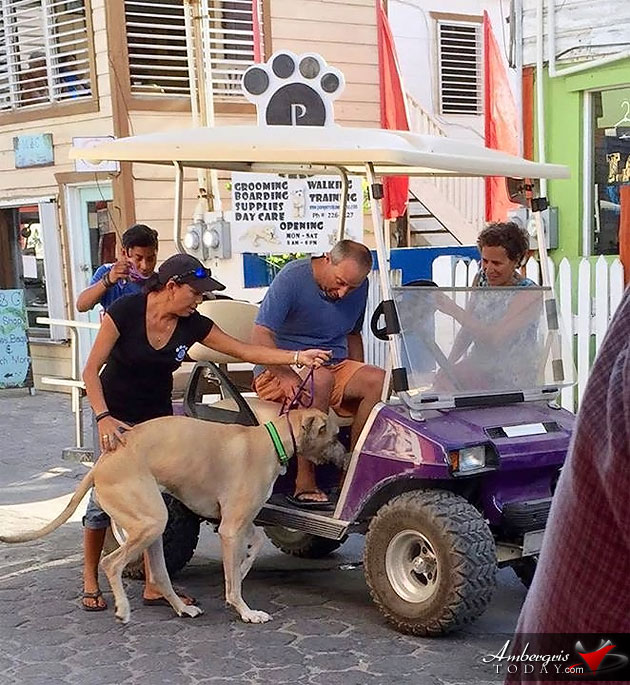 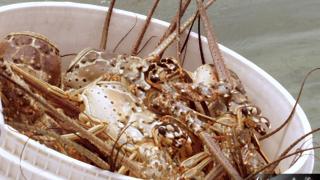 Where are the Lobsters? 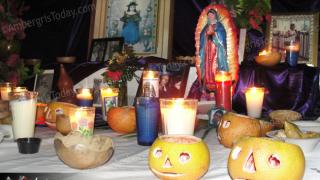 Celebrating Los Finados (Day of the Dead) in San Pedro 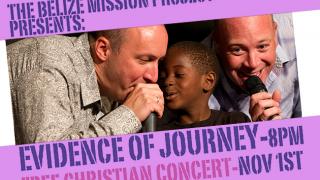