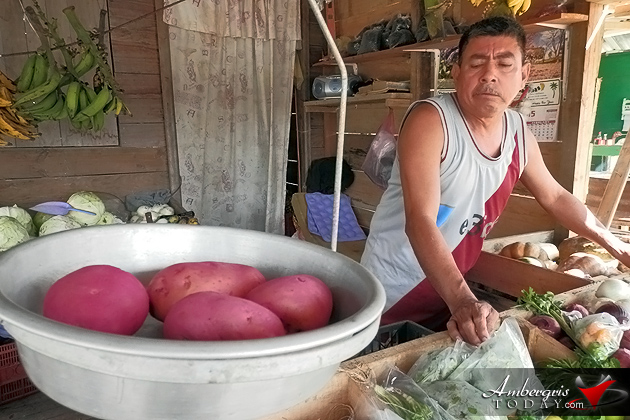 - Press Release, Belize Government Press Office, Belmopan, February 5, 2015 - The Belize Agriculture Health Authority (BAHA) and the Ministry of Natural Resources and Agriculture inform the public that they have received confirmed reports of tainted Irish Potatoes being sold in San Ignacio.

Investigations revealed that the potatoes are dyed a pink/fuchsia color and are circulating on the market. Confiscation of this product has commenced and the public is advised not to purchase or consume these tainted potatoes.

Potatoes produced locally at this time are of the Rouge variety which has a red skin and are safe to consume. It is believed that the tainted potatoes are contraband products that have been dyed to resemble the local produce.

Below is a photograph that shows the difference between the two potatoes. The potato labeled number one is the tainted product and number two is the locally produced red potato. BAHA is conducting analysis of the product and investigating the possible source of the product to guide further action. 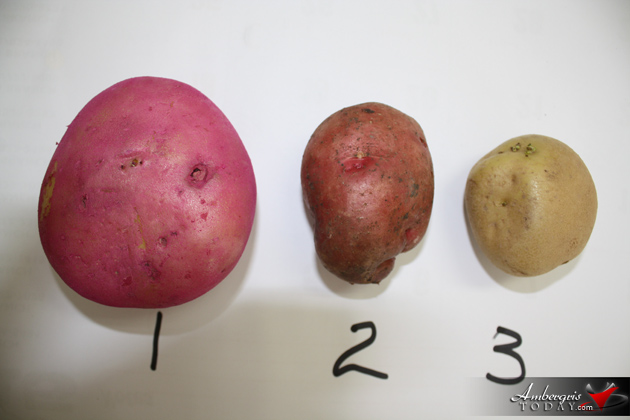 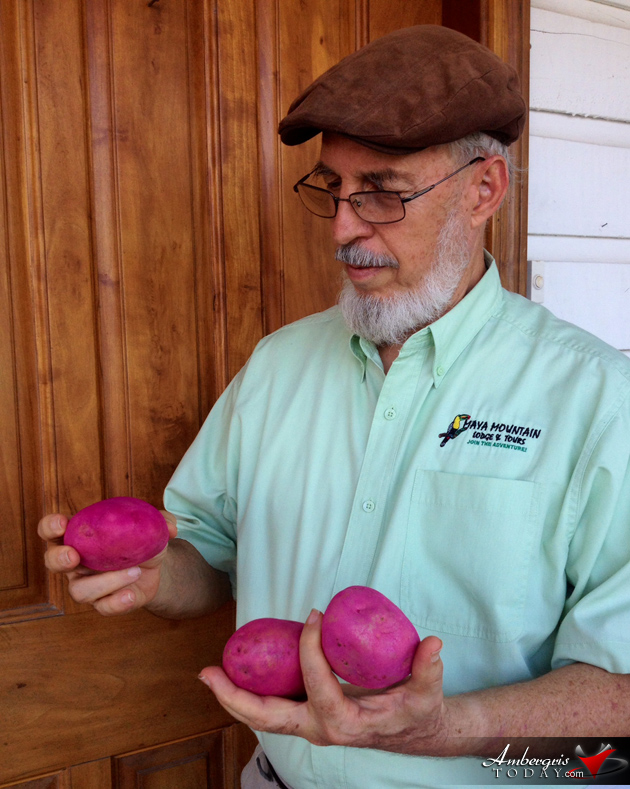 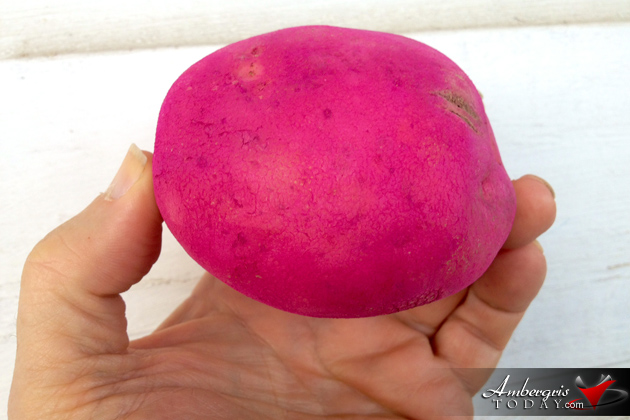 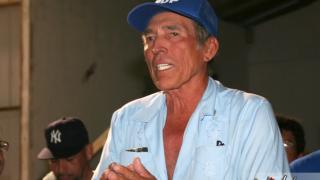 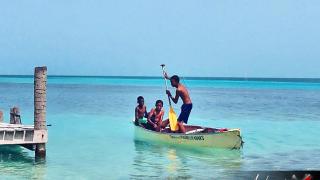 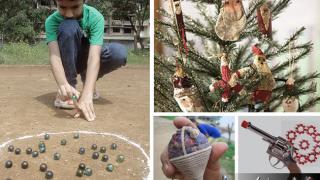