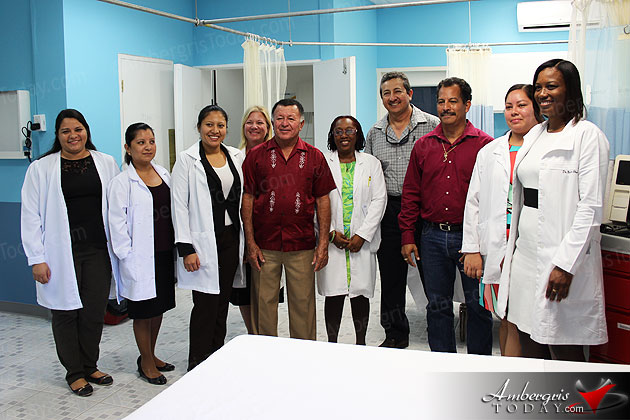 Clinical services on Ambergris Caye have come along way since 1995 when the Government of Belize started to provice serives with the first clinic on the island. From then the medical services on the island grew to the development of the Poly Clinic to meet the demands of a fast-growing touristic destination. The Poly Clinic went from providing 8 hours service in 2004, to 12 hour service in 2011 with now providing the much-needed 24-hour service that the island need, effective immediately.

A very cordial ceremony was held on Monday, February 2, 2015, in San Pedro to mark the official 24-hour services of the Dr. Otto Rodriguez San Pedro Poly Clinic II. After the opening remarks of emcee Angel Nunez and the invocation by Mr. Clive Welsh, The mayor of San Pedro Town, Mr. Daniel Guerrero offered the welcome address. This was followed by Dr. Javier Zuniga with a synopsis of the history of medical services in San Pedro leading to the present facility and services.

Director of Health Services, Dr. Michael Pitts, in remarks expressed his gratitude to the Government of Belize in bringing this expanded service to San Pedro. He explained that at times the process was delayed by the technical staff that was only desirous of checking all the details to ensure sustainability and continuity. Brief remarks were offered by Lions Club President Rigoberto Kumul and Hon. Manuel Heredia who have been involved in the evolution of the Poly Clinic since its inception. 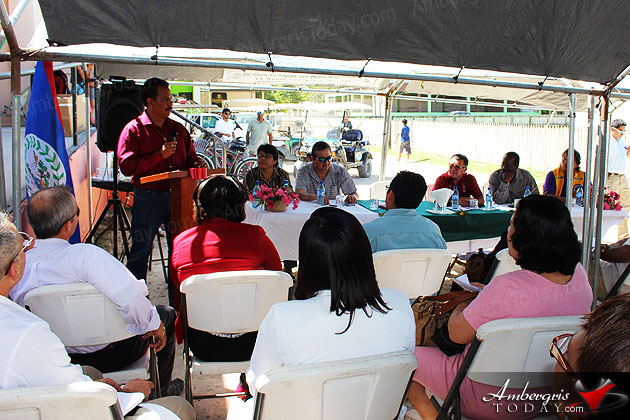 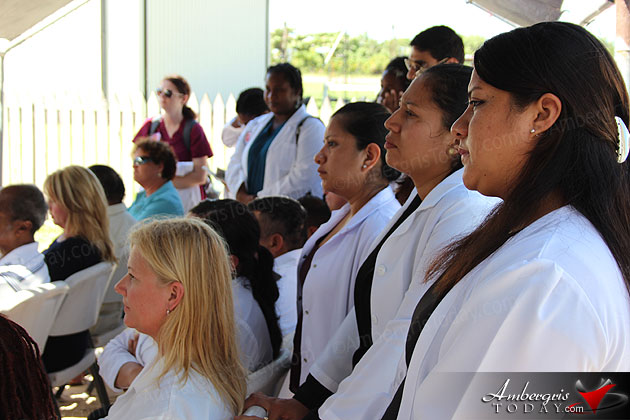 The keynote address was delivered by the Minister of Health, Hon. Pablo Marin who expressed his gratitude to his colleagues, Manuel Heredia and the Prime Minister Dean Barrow for their unwavering support to all projects involving health, including San Pedro. “The ball is rolling,” stated Minister Marin, “and there is a lot more in store for San Pedro.” The vote of thanks was offered by Mrs. Oneida Smith, Regional Health Manager, and that was followed by the cutting of ribbon. Snacks and refreshments were then provided to the attendees, which included invited guests, residents, students of the Medical School in San Pedro and personnel of the Ministry of Health.

The Dr. Otto Rodriguez San Pedro Poly Clinic II today counts with 7 nurses and 5 doctors who will all work together in providing the much-needed 24-hour services along with the support of private doctors and the resident medical school. The Government of Belize funded the expansion project at a total cost of $1 million, including the expanded area for the emergency clinic, purchase of new furniture and equipment, and salary for additional staff. Promised by the Minister of Health to the residents of Ambergris Caye is a hospital which GOB has already commenced planning for. 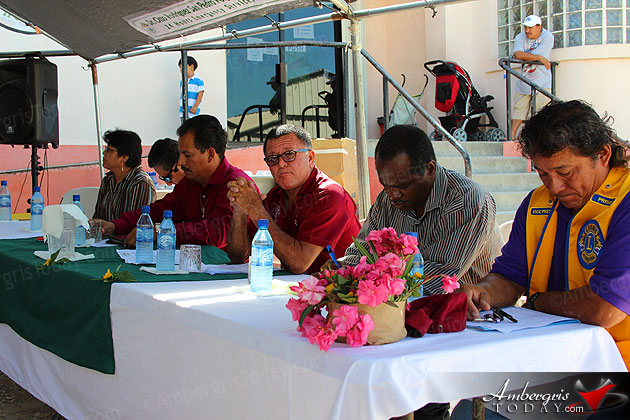 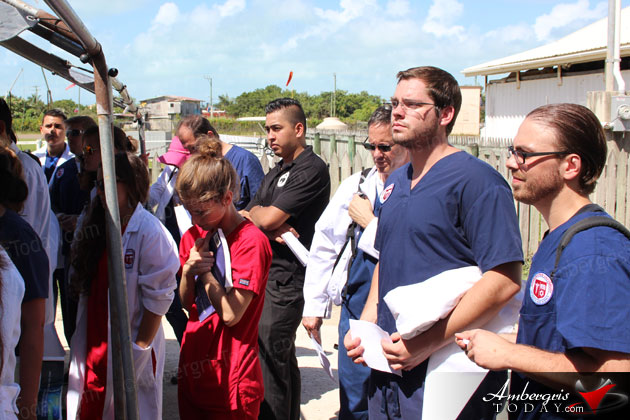 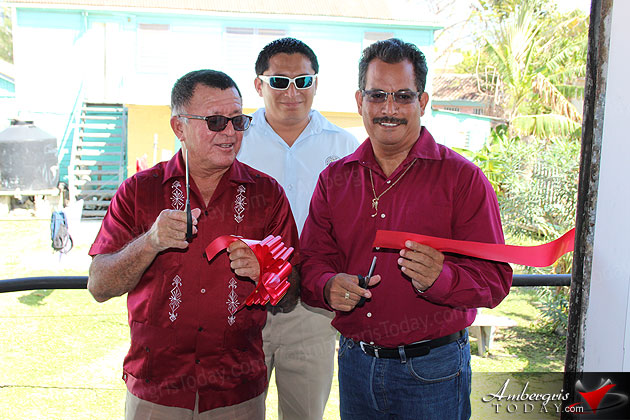 Hon. Manuel Heredia (Minister of Tourism) and Hon. Pablo Marin (Minister of Health) do the honor of the ribbon cutting 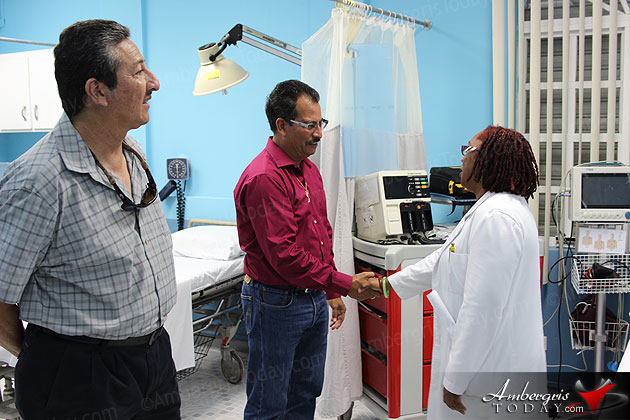 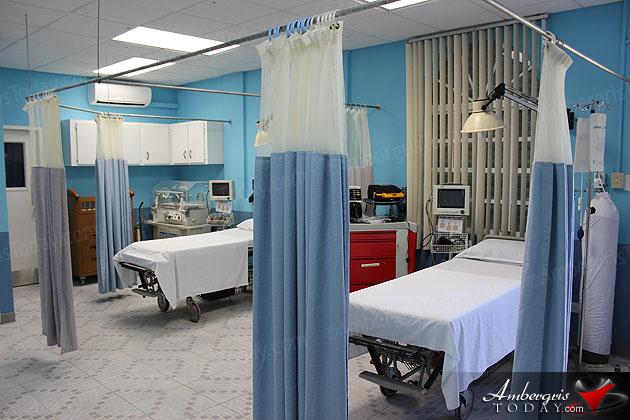 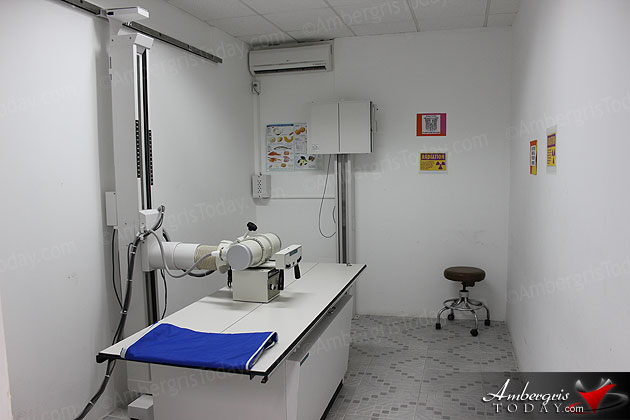 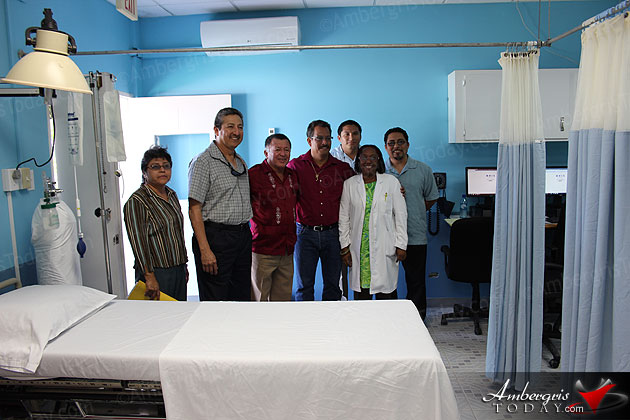 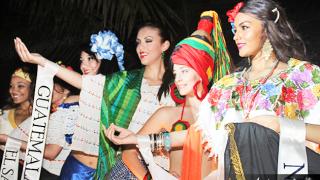 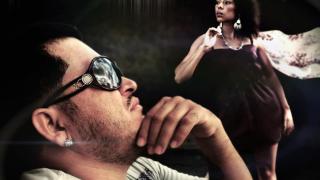 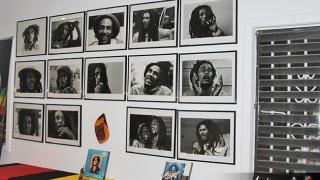