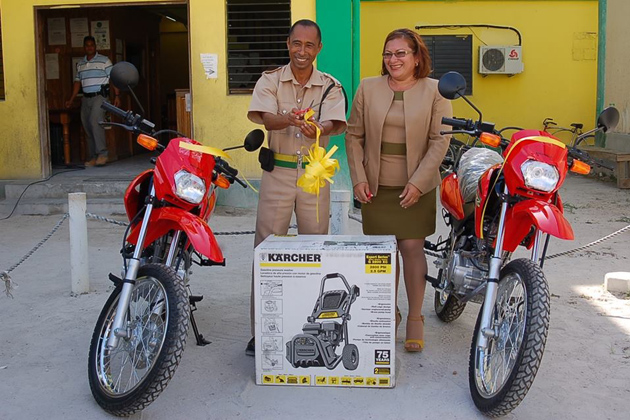 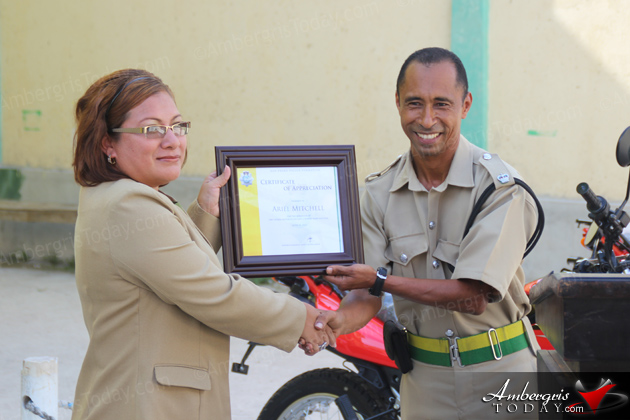 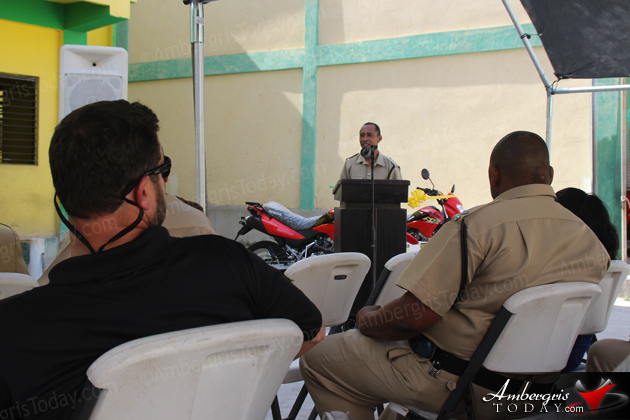 Officer in Charge of the SP Police handed out certificates of appreciation to Ariel Mitchell and the Social Security Board for the kind donation and thanked Mr. Steve Perera for his assistance in the process of receiving the grant. OC Castellanos stated that the motorcycles will be used to patrol Northern Ambergris Caye and areas with the highest crime rate on the island. On hand to accept the certificates on behalf of the Social Security Board was Mrs. Miriam Requena. 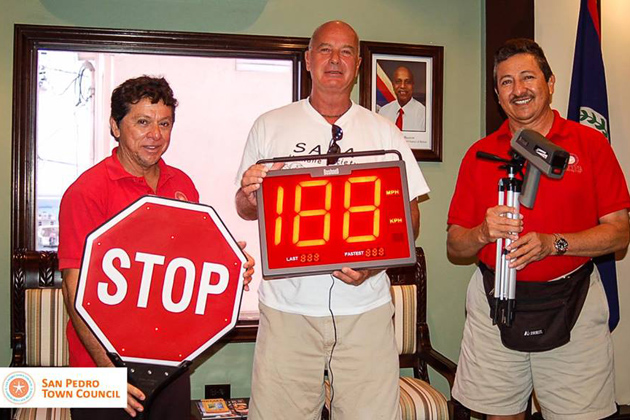 On Monday, June 23, Mayor Daniel Guerrero and Mr. Chris Nuñez received a generous donation from Wolfgang Wind. The donation included a Stop Sign with LED lights, a Bushnell Speed Screen and a Bushnell Velocity Speed Gun with a tripod. These items will help the San Pedro Transport Department tremendously in controlling all speeding vehicles. 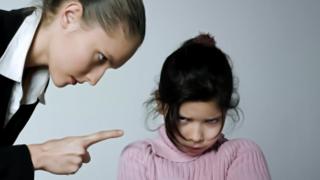 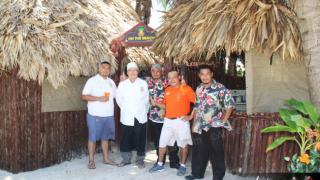 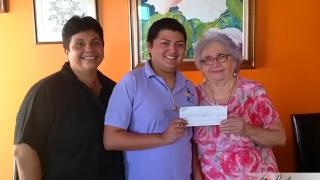