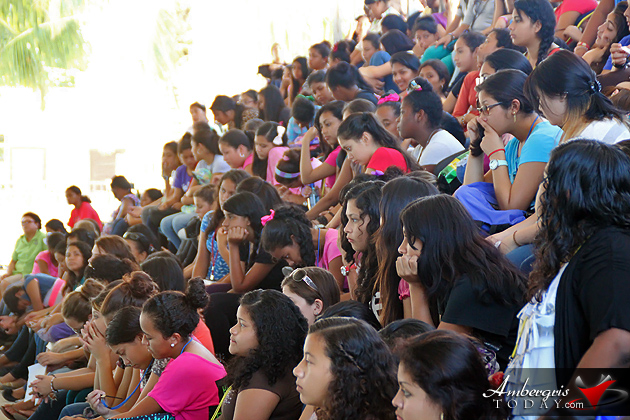 Guest speakers who addressed the student body during San Pedro High School’s Career Week had the student’s full attention as they talked about their careers, life choices, obstacles growing up, and gave advice, tips and encouraged them to pursue their interests.

San Pedro High School began observing Career Week 2014 under the theme “My Future, My Choice” on Monday February 3, 2014, with an opening ceremony in which they were privileged to have as the main guest speaker Dr. Einstein Bodden. His speech to the students was heartfelt, and above all, inspirational. He spent the day at the school visiting several classes with Life Skills Teacher, Mrs. Angie Ellis, for the freshmen and sophomore students. On that same day marine biologist Mrs. Ivy Baremore from the Wildlife Conservation Society addressed the junior and senior academic students. Mrs. Miriam Requeña, manager of Social Security (San Pedro Branch) talked to the senior business students about her career field and the different options to consider after graduation. Lastly, the senior general studies students welcomed Mr. Billy Leslie, Chairperson for the San Pedro Tour Guide Association, who was very well received by the students who asked many questions at the end of his presentation. 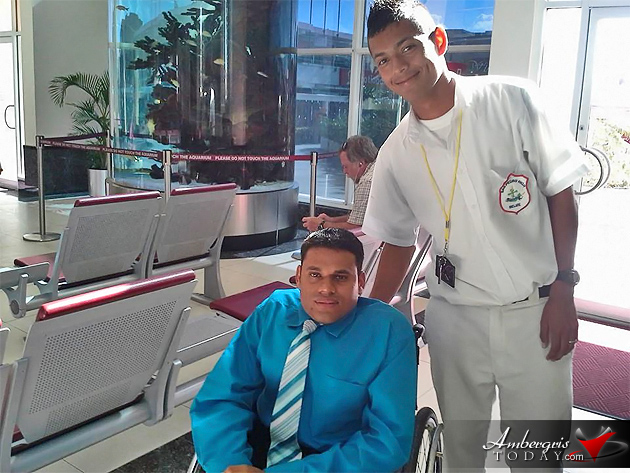 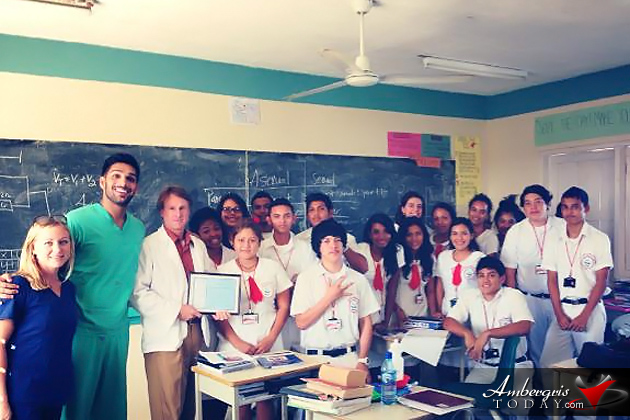 On Tuesday, February 4, 2014, the students were visited by Mr. Ricardo Verde, accountant for Castillo’s Hardware, who spoke the senior business students. Many of them are interested in the career field of an accountant, so they were very attentive during his presentation. In the afternoon, two medical students along with a professor from the Washington University of Health and Science (WUHS) visit the senior academic students. They talked about the medical field and what are the prerequisites for entering the WUHS medical school that is based in San Pedro, Ambergris Caye. School Counselor at San Pedro High, Alexis Guerrero stated that there are many academic students who are interested in the medical field and a few of them are strongly considering pursuing their medical studies at WUHS.

On Wednesday, the focus was directed towards the sophomore students. Mr. Raul Alamilla, a pilot at Tropic Air, Mr. Elito Arceo, tour guide and owner of Seaduced by Belize, a police officer who represented the San Pedro Police Department, and lastly, two medical students and a doctor from the WUHS all addressed the sophomores. Feedback from the students was very positive as they expressed that they enjoyed the presentations very much. There was also a presentation from Mrs. Golda Swift, a teacher from the San Pedro Roman Catholic School, who spoke to the senior general studies students about the teaching profession.

More guest speakers from the business community addressed the student body on Thursday, who included Mrs. Amy Leiva, manager of Coco Beach Resort, Mr. Nick Scavone, supervisor of all Sandy Point Resorts, Dr. Giovanni Solorzano, and lastly Mr. John Kennedy, a business entrepreneur who started the first McDonald’s in Belize in the 1970’S and who now owns an ATM company in the country. 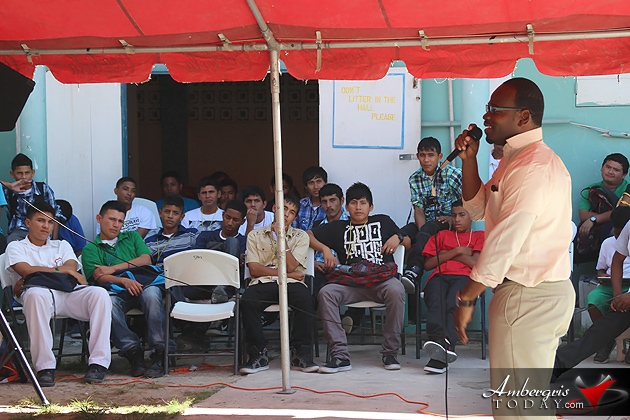 Mr. Joseph Stamp Romero, Director of Arts at the National Institute of Culture and History (NICH)

Career week was scheduled to close with a bang on Friday, February 7, with the honors of hosting first lady of Belize Mrs. Kim Simplis Barrow who would have addressed the female students at San Pedro High, but unfortunately she had to postpone her visit. Invited to cover her address were then Nurse Maria Jeffries and a nutritionist from the San Pedro Poly Clinic who spoke to them about female health issues, self care and the importance of values. At the same time the male students were all attentive to Mr. Joseph Stamp Romero, Director of Arts at the National Institute of Culture and History (NICH) who had them all engaged in a very interactive conversation about growing up, life challenges and choices they will all encounter in life.

All in all, Career Week at San Pedro High School was very successful at peaking the interests of the students in careers that they are interested in and also communicating first hand with professionals who have excelled in their careers; they are all great role models for the students. 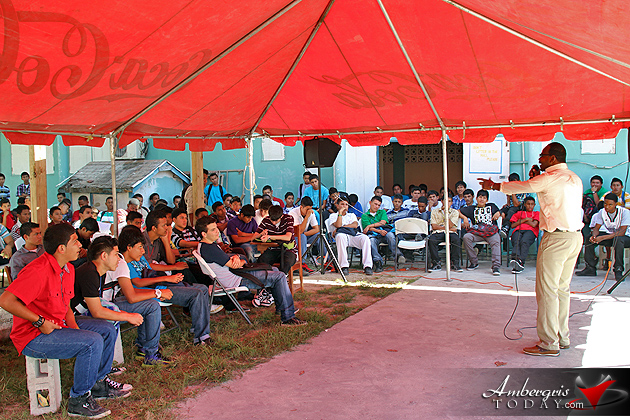 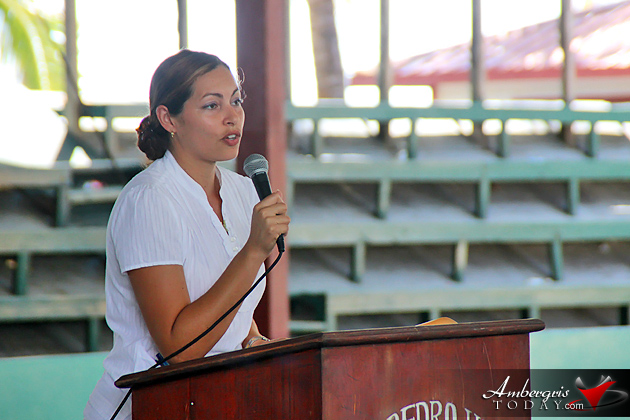 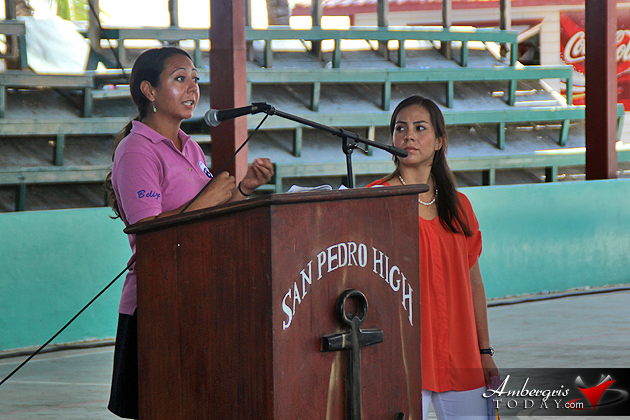 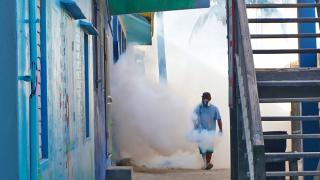 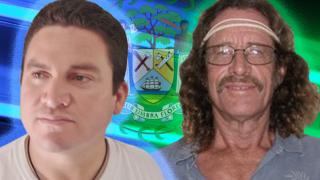 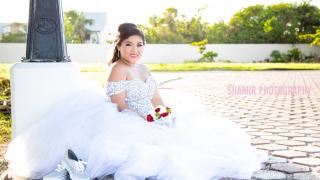