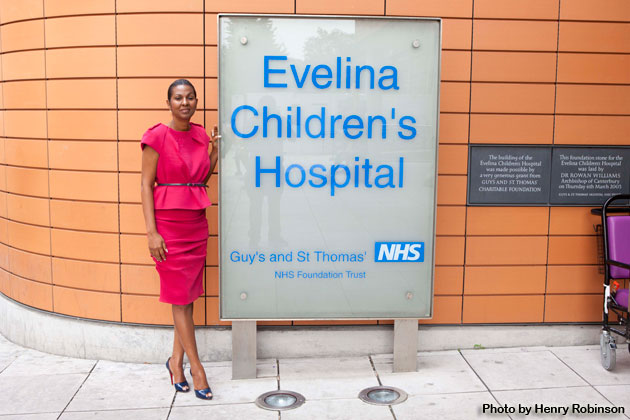 On Wednesday, June 26, 2013, Mrs. Kim Simplis Barrow was greeted by staff at Evelina Children’s Hospital, a part of Guy’s & St Thomas’ NHS Foundation Trust, just minutes away from the House of Parliament, where Prime Minister Dean Barrow met with members of Parliament.

The visit, orchestrated by Clinical Nurse of Specialist Surgery, Jacqui Mitchell was a crucial element in Mrs. Barrow efforts to raise money to construct a children's intensive care facility at the National Referral Hospital in Belize.

Mrs. Barrow was welcomed by Head of Nursing, Polly Hodgson, who delivered a brief background on the hospital, which provides a unique range of services from antenatal diagnosis through to childhood, onto adolescence and into adult life. Working her way through the seven-story, glass-fronted building with themed floors inspired by the natural world, Mrs. Barrow received a guided tour around the Paediatric Intensive Care Unit. 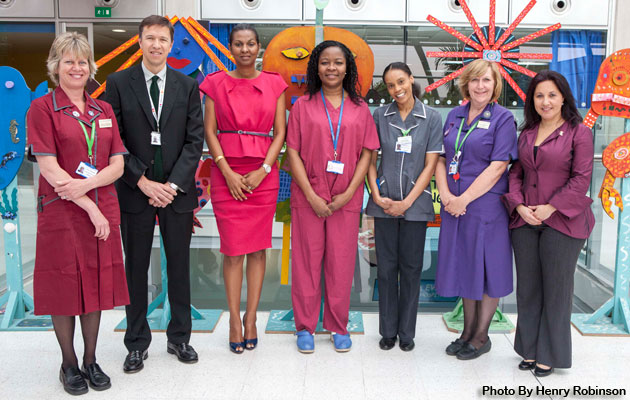 Treating 100,000 children each year, Evelina Children’s Hospital is one of the few hospitals in the world built with a doctors and patients perspective in order to meet the needs of children and their families. With Mrs. Barrow’s long-term plans to provide support to children and families, she discussed the importance of creating a friendly and comfortable environment with Matron of Mountain Wards, High Dependency Unit and General Paediatric Surgery, Lorraine Arnavout before speaking with young patients and their parents.

The Belize Children's Trust aims to implement standards and protocols and provide health education and medicine for children and families, so Mrs. Barrow was shown the hospital school and the social hub of the hospital, which houses an on-site radio station and an open plan space with great views of the city of London. 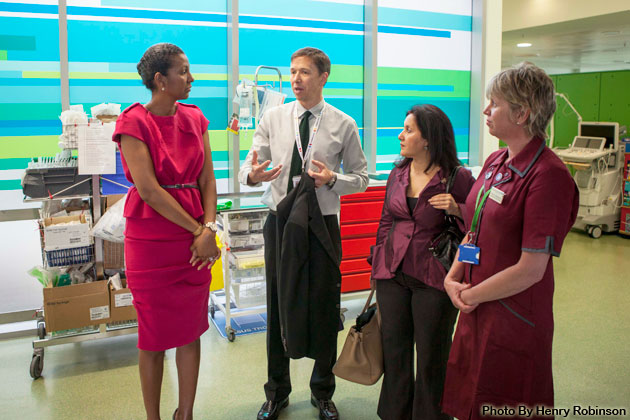 Mrs. Barrow expressed her concerns about neonatal mortality in Belize with Consultant for Paediatric Surgery, Dorothy Kufeji who specialises in Neonatal and Paediatric Gastrointestinal Surgery and performed the first Laparoscopic ACE Stoma at the Evelina eight years ago. Mrs. Barrow then visited St Thomas Hospital’s, Neonatal Intensive Care and Special Care Baby Unit where she was met by Consultant Neonatologist, Grenville Fox and shown state-of-the-art machinery such as an MRI scanner for children. 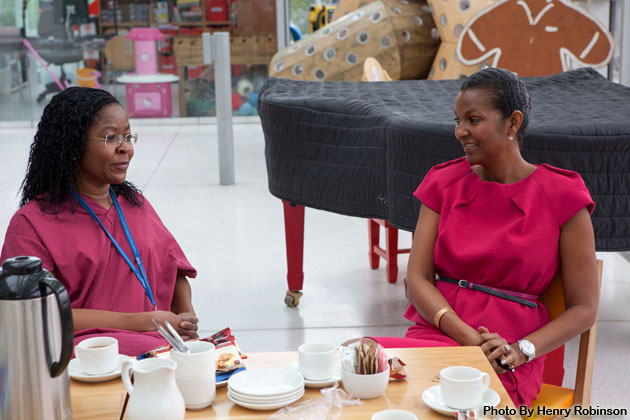 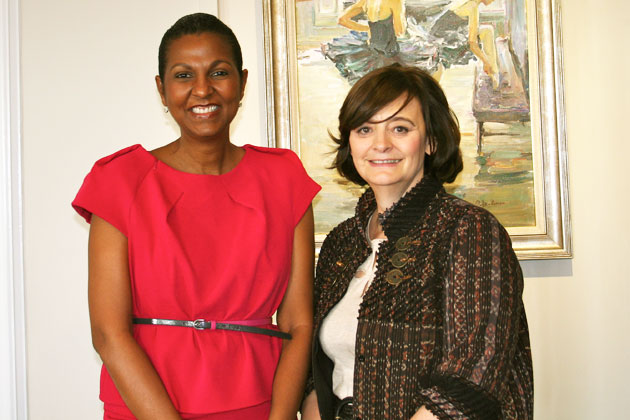 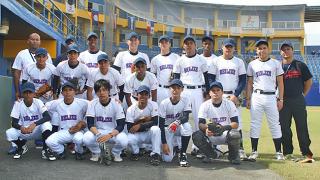 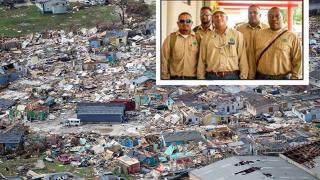