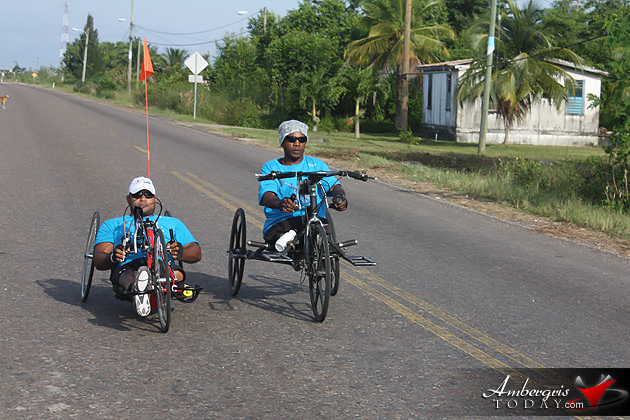 “I am excited about completing the last segment of the Reef Ride, from Dangriga to Punta Gorda Town later this month to coincide with the celebration of Garifuna Settlement Day,” says paraplegic cyclist Jerome Flores.

Reef Ride 2012 starts from Dangriga on the morning of  November 18th and stops over in Independence, before continuing on to Punta Gorda Town on November 19th, which is a national holiday commemorating the 1802 arrival of the Garinagu to Belizean shores.

As in previous years, Jerome says the Ride seeks to bring awareness to the plights of people living with diverse abilities. The Reef Ride also brings attention to Oceana in Belize’s campaign for a ban on offshore oil drilling due to its threat to Belize’s marine resource.

Additionally, as explained by Oceana Vice President Mrs. Audrey Matura-Shepherd, “Sponsoring the Reef Ride is one way Oceana participates in celebrations for Garifuna Settlement Day while giving positive support to our Belizeans living with diverse abilities.  Jerome is an inspiration and it’s good to see Shaphan has been inspired to join.”

This year Jerome is riding an Invacare professional trike provided through US-based Challenged Athletes Foundation. This is an upgrade from the do-it-yourself trike he had used in prior years and which has now been passed on to Shaphan.

“Shaphan ‘Bala’ Domingo of Hattieville has been in training with me and plans to accompany me on this last leg of the Reef Ride,” commented Jerome Flores. “Mr. Adrian Camara of Orange Walk Town has also been training with us but due to health issues he might not be able to complete the entire 104 miles route.”

Jerome recently participated in the Orange Walk Town to Belize City segment of the Ride Across Belize as part of his preparation for the Reef Ride.  Beyond the Reef Ride, Jerome and team hope to represent Belize at the 2016 Para-Olympics in Rio de Janero, Brazil, following the Summer Olympics. Jerome, Shaphan and Adrian have been training for months now in preparation for this final stage of his ride across the country. Despite losing a leg earlier this year, Jerome has remained committed to see it through and to arrive in Punta Gorda in record time. 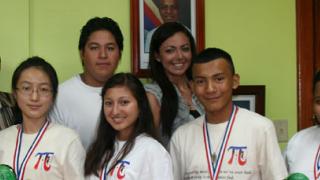 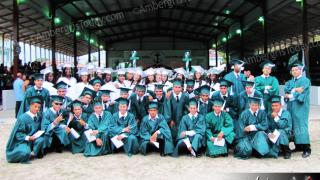 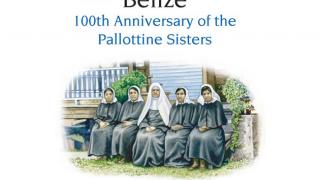