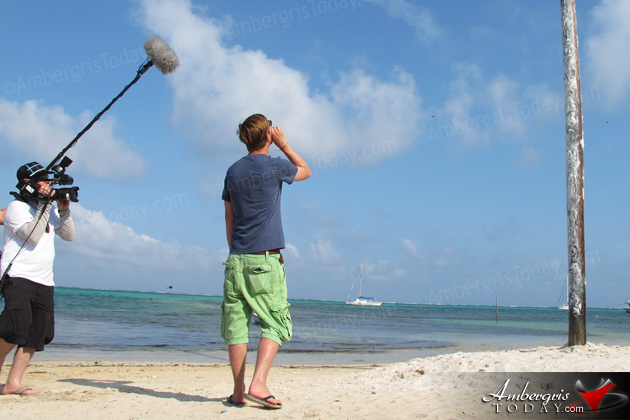 The Greasy Pole is an exciting and fun game that has been part of the Belizean tradition for many years and it can be said it is essential at most grand celebrations. As September Celebrations approach, every year island residents look forward to seeing groups of teenagers and men attempt to go up this 30- foot pole greased up with lard and claim the grand prize placed atop of the pole.

Last week Island residents were surprised to see the erection of the greasy pole at Central Park and wondered what was going on an ordinary Friday. Ambergris Today met up with Hon. Manuel Heredia, Mayor Daniel Guerrero and his councilors at Central Park as they greeted a group of men from Germany.

We learnt that the group was a filming crew from the digital production company, Endemol from Germany, is the largest independent television and digital production company in the world.  The company annually produces 10,000 hours of content across genres, including entertainment, reality TV, game shows, comedy, drama, sport, docu-dramas, animation, features and feature films. Its credits include international hits such as Big Brother, Deal or No Deal, 1 vs. 100, Wipeout and The Money Drop.

The filming crew was in San Pedro to film a new travel game show for German broadcaster “Pro 7” called “World Games”. The show is about two hosts, Klaas Heaufer Umlauf and Joko Wintersheidt who travel around the world meeting interesting people and doing extraordinary tests. Their goal is to become the “world champion” and winner of the show. Both Klaas and Joko test each other’s wits by challenging each other in different feats. 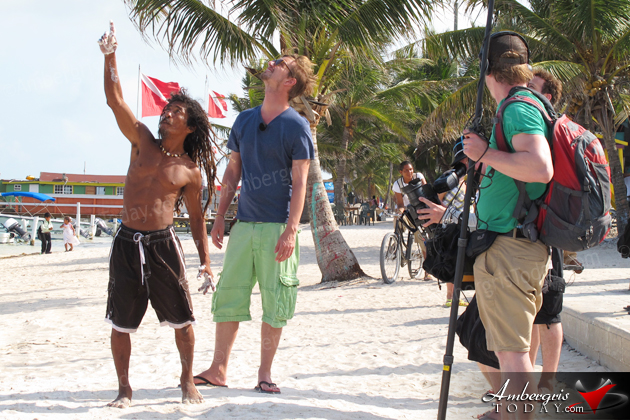 Host Joko was challenged by Klaas to face his fear of heights and attempt to climb up the greasy pole and where else than in paradise – beautiful San Pedro, Belize. So how did they learn about the greasy pole? Well according to one of the film crew producers they went on You Tube searched for “Greasy Pole Belize” and that’s how they learned about it. To our surprise the first video on You Tube that they saw was a video posted by no other than yours truly – Ambergris Today!

And so the filming for the event was scheduled for Friday, May 25, 2012, and Ambergris Today was behind the scenes following Joko and his film crew as they featured one of Belize’s fun challenges. During the filming of Joko’s arrival at San Pedro on Belize’s number one airline, Tropic Air, Gerry met up with Joko who showed him a picture of the person who was to be featured on the film. Low and behold it was no other than the famous Coconut Leo! Joko was holding a picture of Coconut Leo which was taken by Jose Luis Zapata for Ambergris Today, How cool is that?

The filming crew then moved on to Central Park where Joko, along with the winners of the September Celebrations Greasy Pole Contest (The San Mateo Crew) were ready to climb the greasy pole. After several attempts to bring down the flag it was finally done and the group received warm applause from those who were at central park watching.

The purpose of the filming was also to show German television viewers what our beautiful country has to offer, footage of the beach, Caribbean Sea and San Pedro were taken so as to entice the international viewers to visit Belize. 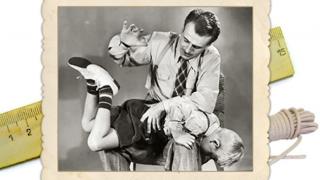 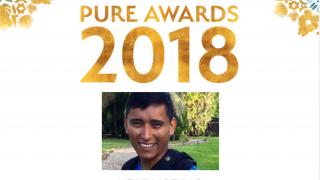 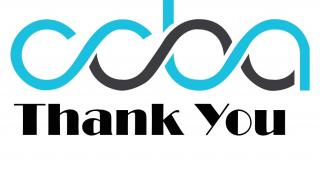