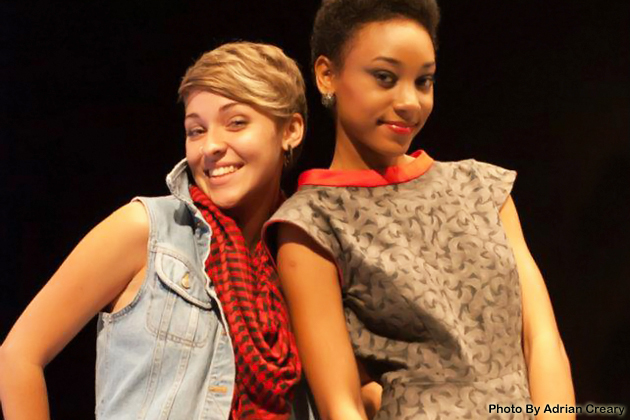 AGSelectPR, Kingston, Wednesday, May 2, 2012:  Caribbean fashion reality series Mission Catwalk is on its sixth episode and Belize’s Rebecca Stirm-the only contestant to win more than one challenge since the start of the second season on March 27th- has copped her third win with a dress designed around the red HIV/AIDS awareness ribbon.

In Rebecca’s design, the ribbon framed a high neckline and continued down the back of the dress forming a dramatic scoop and crossing at the lower back.  Rebecca said she wanted to create a look that would portray strength and courage since HIV is “nothing soft or pretty to face.”  She found the perfect grey jacquard fabric with a subtle print in the upholstery section at Pablo’s, and complimented it with a red underskirt that balanced the piece.

“I made an effort not to over-style and keep the emphasis on the neckline and HIV ribbon by sticking to a simple color palette and styling with a pair of chunky studded earrings.”

For guest judge Dr. Sharlene Jarrett Ph.D., M.Sc., Senior Director of Monitoring and Evaluation at the National HIV/STI Programme, “Rebecca’s chic interpretation allowed the red ribbon to be the focus without overpowering the design.” She added, “The woman who wears the winning piece will be making a powerful statement on behalf of persons living with HIV.”

Just as impressed by her work were the regular judging panel of host and executive producer Keneea Linton-George, Jamaica Observer lifestyle editor Novia McDonald-Whyte and celebrated menswear designer Carlton Brown who stressed to the designers that their interpretations had to make both a fashion and social statement.

The next best design came from Janel Jolly followed by fellow Jamaican Gregory Williams who was last week’s winner.  Trinidad’s Ryan Chan, who consistently ranked in the top four until episode 5 where he was safe, found himself in the bottom three.  Last week’s runner-up Ryan Berkeley (of Guyana) landed in the bottom lot for the second time. Jamaican Natalie Rochester ranked in the lowest scores for a third time and this week became the latest casualty of the show.

In a dramatic turn of events, Trinidadian Shannon Kwong quit the series and asked Kerin Scott of Barbados to be her replacement. What a lucky break for Kerin who was eliminated last week!

Thanks to Rebecca’s strong showing, the series has been picked up by Channel 5 of Belize. Viewers in that country can tune in at 7:30PM every Tuesday to see how she and the other designers fare.  For everyone else, Mission Catwalk streams online at www.televisionjamaica.com/livetv.aspx 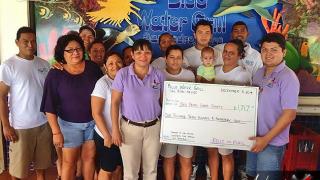 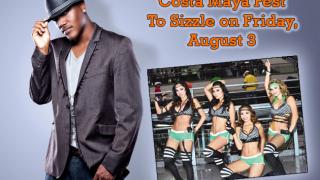 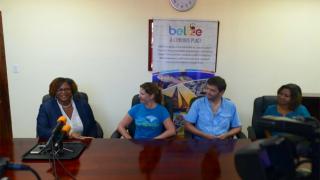 Belize to be featured in National Geographic’s Dive Travel Guidebook