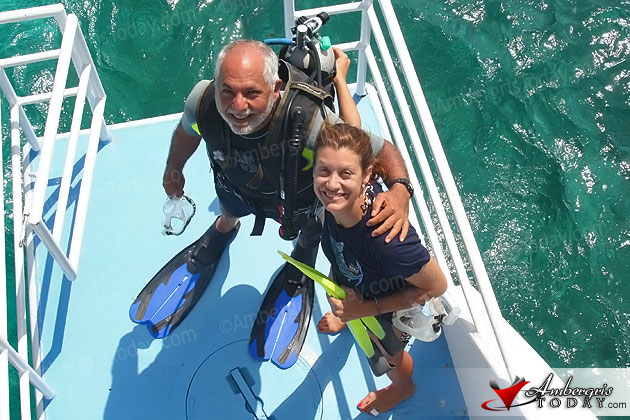 On Friday, June 8, 2012, Belize joined the world in observing World Oceans Day with the main focus of getting young people involved in the global effort to conserve the oceans. Oceana Belize is one of the organizations that has been very active and in the forefront of ocean conservation in the country and with this year’s theme of “Youth: the next wave for Change” it got working in inviting the youth to learn more about the conservation of the ocean.

Joining Oceana Belize in their efforts for the entire weekend was American actress and Oceana supporter, Kate Walsh, currently known for her role as Dr. Addison Montgomery on ABC’s network drama ‘Grey’s Anatomy’ and ‘Private Practice’. She visited Belize during World Ocean’s Day activities to help raise awareness on both of Belize’s majestic Barrier Reef and fragile marine ecosystem, as well as Oceana’s call to protect it by having offshore exploration and drilling banned from Belize’s Seas.

On Friday, June 8, Oceana held the screening of ‘End of the Line” at the Bliss Institute, which is a movie that speaks about the international and global crisis that fisheries is facing and why it is important for the entire world to take care of its marine resources. During the event, Oceana presented Mr. Evan “Mose” Hyde with the Wavemaker Award for his open and frank discussions about marine issues - especially as the morning host for “Wake Up Belize.” His efforts have helped spread the message about the need for marine protection and conservation.  An Ocean Hero Award was also presented to Mr. Lionel “Chocolate” Heredia for lifetime service and dedication to marine education and advocacy and promoting sustainable use of Belize’s marine resources.

Other awards of recognition were given to Belize’s media houses for their help in communicating its efforts to the Belizean public, including Open Your Eyes, The Morning Show, KREM Daily News, and the LOVE FM Morning Show. 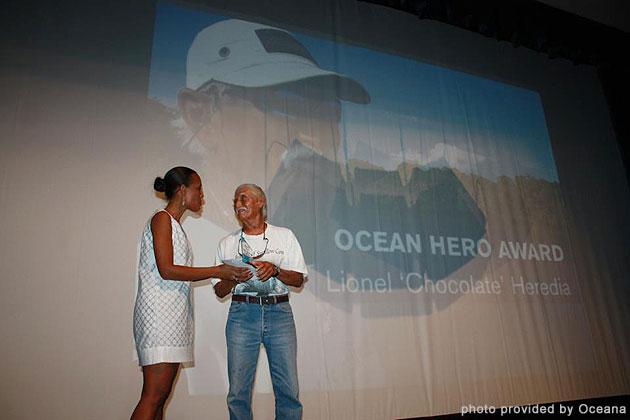 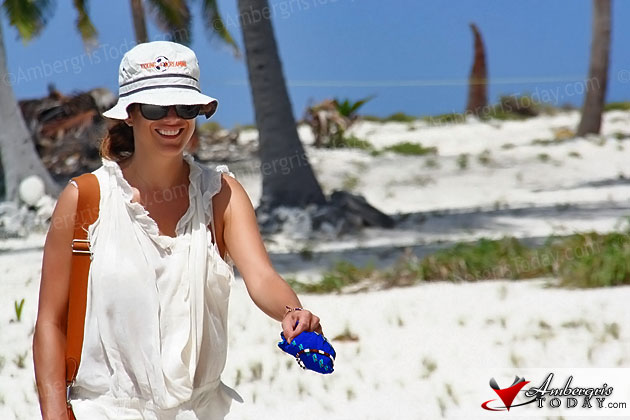 Oceana in Belize was thrilled to be joined over the past weekend by actress andOcean activist, Kate Walsh. Kate visited Belize as part of her commitment to assist with promoting the work of Oceana globally. Her mission in Belize was to spread awareness about Belize's marine biodiversity and its importance to the stability of the country and to bring focus to ecologically important places, such as Hol Chan Marine Reserve and Lighthouse Reef Atoll. Ms. Walsh arrived on the evening of June 8, World Oceans Day.

On Saturday June 9, Kate visited Hol Chan Marine Reserve, Belize's oldest marine reserve and Shark Ray Alley, where she snorkeled and experienced firsthand, why they remain a major visitor's attraction. At both sites she was photographed and filmed by renown Belizean photographer - Tony Rath. Through her visit, Ms. Walsh not only gained direct experience with Belize's diverse reef environment, but she learned about how essential reserves are to the sustainability of Belize’s marine waters, food security and economy.

During that same evening Oceana hosted Kate Walsh at a small social gathering at the Blue Water Grill Restaurant for her to get the opportunity to meet with key island residents who are heavily involved marine conservation. She had the opportunity to learn more about our country and share ideas with members of the San Pedro Town Council, of the San Pedro Business Association and Ambergris Caye Committee for Sustainable Development. 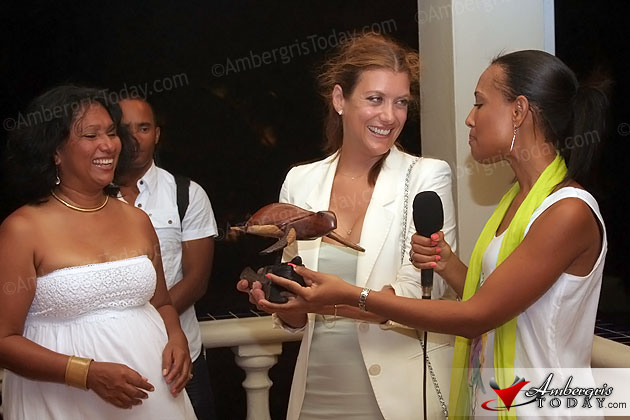 Her campaign continued into Sunday, June 10 when she was hosted at Half Moon Caye and the Great Blue Hole, two natural monuments of Belize that form part of Belize's World Heritage Site. Also attending the trip were 21 media members representing media outlets from across the country; through them Ms. Walsh directly addressed her message the Belizean public. Mr. Shane Young, Marine Protected Areas Manager of the Belize Audubon Society (BAS), shared with Kate and the media, much on the cultural and environmental importance of these monuments and other Belizean marine sites.

Made possible by Oceana, Kate both flew over and snorkeled the Great Blue Hole. Afterwards she spoke with several media representatives, the majoring most of whom were visiting this historic site for the first time. Kate Walsh, upon learning the entire Lighthouse Reef Atoll is under an oil concession held by Princess Petroleum, expressed her strong opposition to offshore oil drilling not only in Belize, but in all places that are ecologically sensitive and important for the sustainability of marine life. 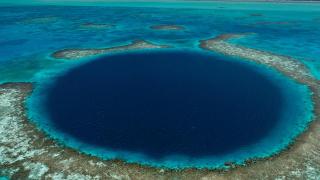 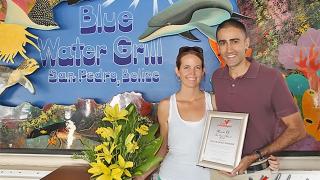 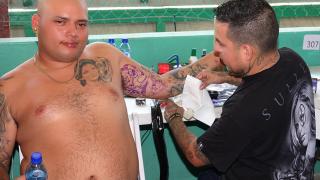