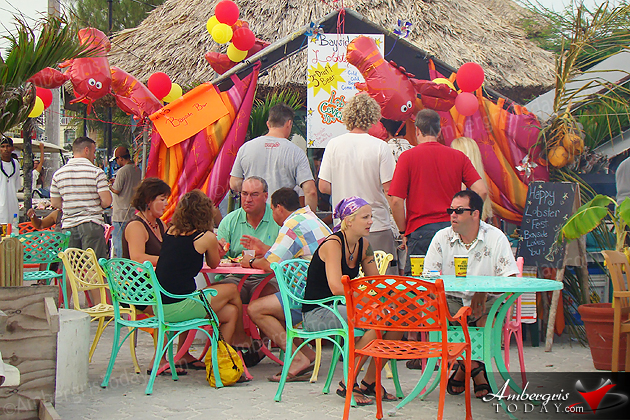 Lobster Fest 2012 to be Bigger and Better!

One of San Pedro’s Biggest Festival is about to kick off and it will be a grand celebration. The San Pedro Lobster Festival promises to be bigger and better this year! With a one week celebration planned one is sure to have lots of fun and enjoy delicious succulent lobsters!

This year’s theme for the Festival is “Lobster Crawl 2012” for which the event organizers have added the Lobster Crawl 2012 Passport. The passport, which will be available shortly, will allow you to collect stamps at every venue during the week’s celebrations. Each stamp will entitle the passport holder with a ticket to enter into a grand raffle of a vacation package for two to the San Pedro Lobster Festival 2013. The package includes complimentary hotel stays, tours, golf cart rental, bar tabs, dinner and many more surprises. The raffle will be drawn on the night of the Block Party.

The annual San Pedro Lobsterfest Block Party has always been the main highlight of the week long festivities and this year promises to top the chart. Entertainment for the week will feature Belize’s well-known Garifuna Collective, Panerrifix Steel Band hailing from Our Lady of Guadalupe RC School in Belmopan and San Pedro’s Gino and the Shack Shakers.

Saturday, June 16, 2012 -  the event moves to Banana Beach Resort during the day and followed by Fido’s Courtyard where you can Dance the night away to live music and feast on lobster specials.

Monday, June 18, 2012 - Enjoy an evening with good food and drinks at at Mojitos Bar and Grill.

Tuesday, June 19, 2012 - Pineapple Restaurant at Ramon’s Village will be the venue to enjoy lobster and live music beach side.

Friday, June 22, 2012 - Enjoy the start of the Eco-Pro Kayak Challenge then head over to Wet Willy’s on the Friday night.

Saturday, June 23, 2012 - Head over to Central Park during the day to catch the final leg of the 2 day Eco-Pro Kayak Challenge around Ambergris Caye. The activities continue through the night with the annual Lobster Fest Block Party at Central Park featuring live musical performances.

Sunday, June 24, 2012 -  From 12p.m. – 6p.m. Cowboy Doug’s Grill at Grand Caribe Resort at the Lobster fest after party. Lobstermanina will be an interactive facebook prize giveaway party where people can tune to Cowboy Doug’s Grill Facebook page in on their smart phones and tablets, and complete challenges posted hourly to win prizes. There will also be girl n guy swimsuit contest, relay races in the pool and a fill the pool float contest with prizes for strangest, silliest and biggest blow ups.

Any business wanting to request to hold an event or have a booth for the Saturday night Lobster Fest Block Party can do so by contacting the San Pedro Business Association at [email protected]. Spaces are filling up very fast and for the block party and only a limited numbers are available. 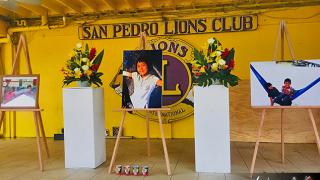 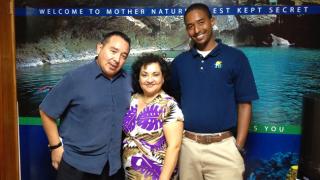 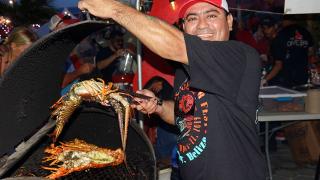 Lobster Season Won’t be the Same without Lobster Fest