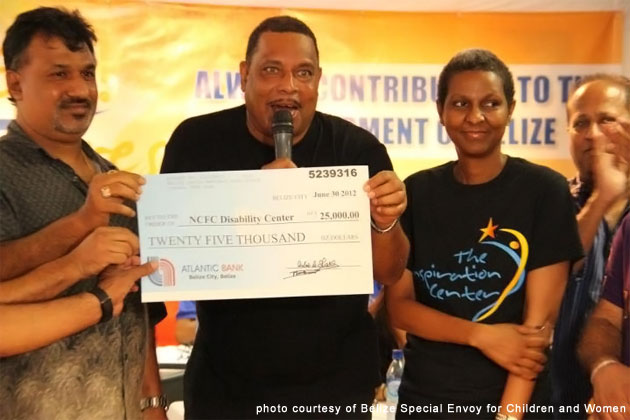 - Press Release - The one million dollar goal set by Mrs. Kim Simplis Barrow for the Inspiration Telethon was surpassed as some $1,093,368.66 in pledges and donations was reported at the end of the event on Saturday. Throughout the 10-hour long telethon, persons were able to donate by credit card, text, checks, wire transfers, cash at various booths, buying promo items and by billing to their BTL and BWS post-paid accounts. The donations poured in from all across the country, keeping hotline operators and booth volunteers very busy! 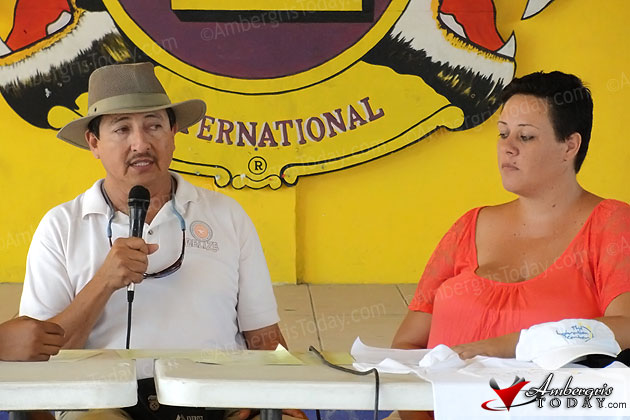 San Pedro Mayor, Daniel Guerrero, visits collection center in San Pedro and encourages residents to donate as much as they can. At days end San Pedro contributed $8,253.53 towards the nation-wide telethon

The largest donations came courtesy of the Belize Social Security Board, which pledged $150,000 to the Inspiration Center to be paid over three years; Belize Telemedia Limited committed to $60,000, while Fyffes and Belize Sugar Industries donated $50,000 each. Just as the telethon was about to wrap, Min. of Human Development and Social Transformation, Hon. Anthony Martinez announced a $250,000 pledge. According to Minister Martinez, approval will be sought from the OPEC Fund for International Development to transfer the funds through the Southside Poverty Alleviation Project. In addition to the corporate donors, there were many touching moments as children, several of whom have disabilities, brought their piggy banks filled with their life savings to contribute to the cause.

Mrs. Barrow expresses her sincere appreciation and gratitude to everyone who contributed to the telethon’s success, including thousands of corporate and individual donors, the technical partners, media houses and the many volunteers, performers and emcees! The actual earnings are still being tabulated as funds are still coming in, while promotional item proceeds which were not included in Saturday’s tally are also being calculated. The event’s success will however ensure that groundbreaking for the Inspiration Center can take place in the coming months. 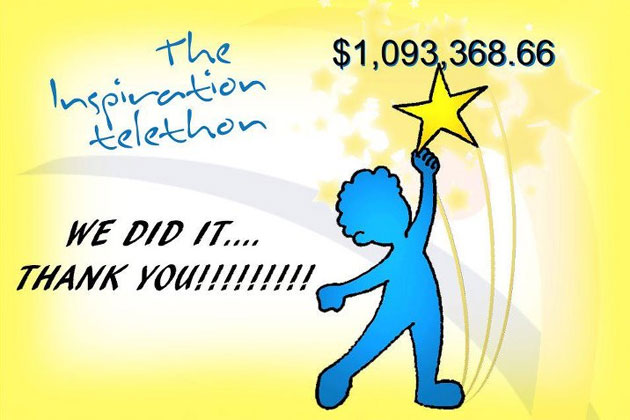 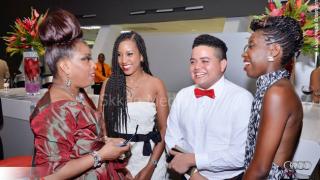 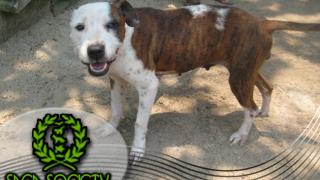 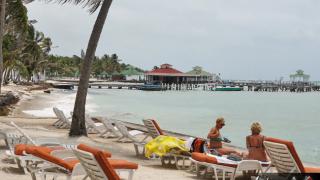