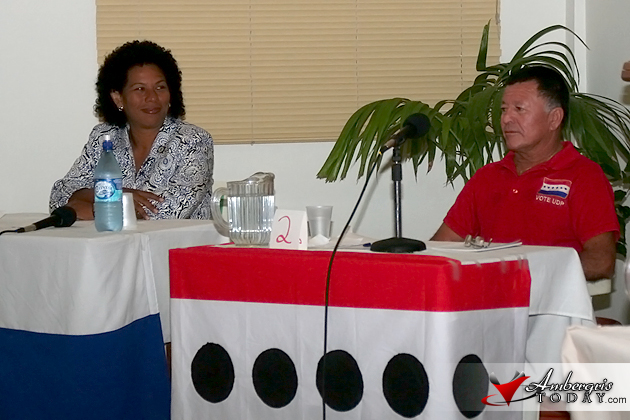 The Sunbreeze Conference Room was the perfect venue for the first debate among four prospective Area Representatives who battled it out on issues affecting the lives of all residents of San Pedro Ambergris Caye, on Wednesday, February 15, 2012.  The ten questions presented were well worded and set three of the candidates pointing fingers at Hon. Manuel Heredia, the incumbent standard bearer.

The Belize Rural South Standard Bearers include Manuel Heredia for the United Democratic Party, Ana Patricia Arceo for the People’s United Party, Robert “Bobby” Lopez for the Vision Inspired by the People and William “Mike” Campbell, Independent candidate. All four were  given a chance to respond and give opening and closing remarks during equally allotted time. A total of ten questions were asked ranging from topics such as education, tourism, Caye Caulker, crime, subvention, San Mateo and corruption. 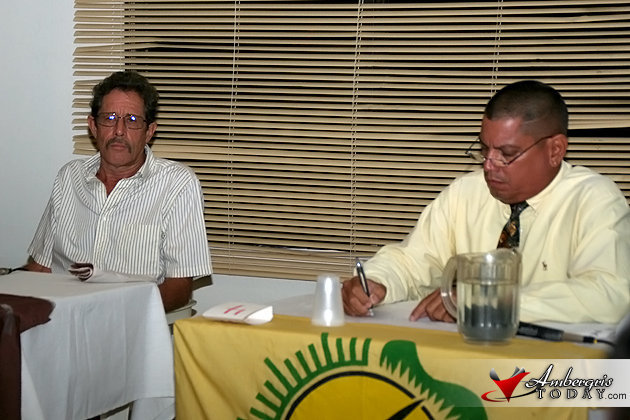 After the opening remarks by each candidate on the topic of education Patty Arceo quickly bounced in to strike points by stating that the best assistance was direct assistance with infrastructure and equipment to all educational institutions instead of handouts given to a few individuals as boasted by Heredia. Bobby Lopez scored another goal introducing the idea of a shift system in education.

The question on handouts to individuals, giving away of land for votes, ready-made citizenships for foreigners and corruption quickly put the candidates on high gear. No one admitted to corruption but Mike Campbell was smart to remind that corruption includes nepotism, cronyism, patronage and bribery, something that is highly evident today.

Someone from the public sent a complaint that Caye Caulker is visibly ignored by this present government and Heredia quickly pointed out that he visits them frequently and has repaired streets and has a good working relationship with the village council who does the jobs for him.  Patty was quick to interject and listed the numerous development projects she carried out during her term in office and lamented that the present administration did not offer continuity nor support and maintenance and expansion of such programs. Campbell added that the neglect is not only in Caye Caulker but in San Pedro too and Lopez pointed out that people need to be treated with dignity and respect adding San Pedrito, San Mateo, San Juan and even DFC to the list of those neglected. 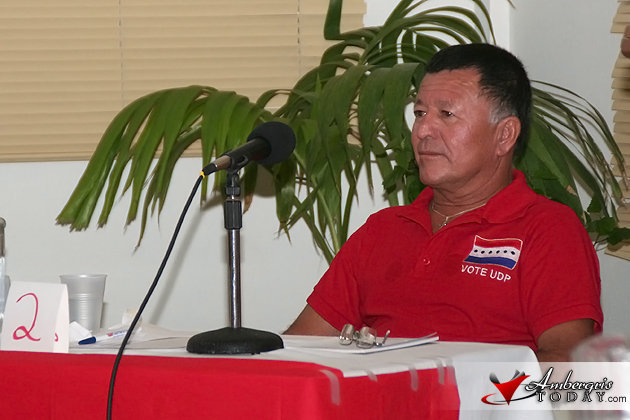 There were diverse opinions as to what are our greatest assets in tourism that we need to protect and pay attention to. Patty thought that besides the people, the Barrier Reef is our greatest asset that we need to protect and sell as our Belizean product and not as the Meso American Reef.  Heredia suggested the environment; Lopez thinks it is the people who need to be uplifted.

Great ideas were discussed on the topic of crime which is increasing in San Pedro and is not addressed properly, thus putting even the tourism industry at risk. Lopez witnessed a robbery of a tourist and suggested the use of technology and cameras. Patty wants to see more officers, better living conditions for officers, and sub stations to cover patrolling and assistance throughout the town and island. And listen to this! “Privatize the San Pedro Police Force so that we hire and fire officers,” said Bobby Lopez.  To all of this Heredia thinks there is no money to carry out these wonderful ideas because Government does not have a box where you can go and draw out money.

On the topic of health Lopez can’t believe that we are still with a Polyclinic when we should have a hospital. Patty reminded that in her term she saw the accomplishment of the new Polyclinic in conjunction with Lions and private donors, but lamented that Heredia left it right there and did no more. Heredia said that he did get a few more nurses and extended the opening hours up until 8p.m. Campbell said we should tax big developers and create more wealth which could be invested on health.

Oil exploration and drilling in the sea and along our barrier reef was a topic that could have gone for another half an hour. “Over my dead body,” stated Lopez and challenged the other candidates to say if they signed the referendum petition against offshore drilling. Patty stated she is against offshore drilling and proudly said she signed the petition for referendum. Heredia said he has been living from the reef for 30 years and loves it more than anyone in the room and would jump against anything that would harm the reef.  However he never said whether he signed it or not. As for Campbell he said that both the UDP and the PUP cannot speak for the reef because they have to follow their political parties’ ideologies. 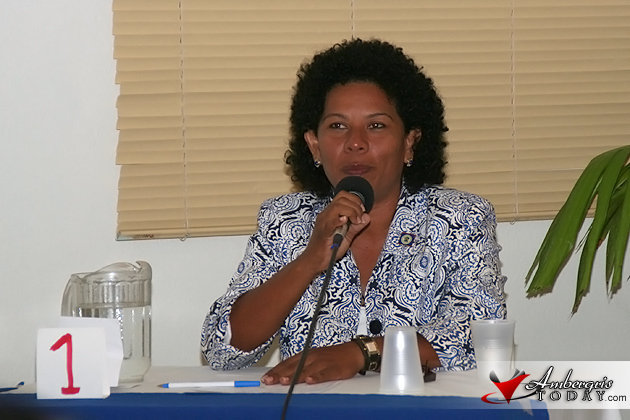 The very hot topic of absolute neglect of San Mateo brought a lot of emotions even in the homes. “Why do we have to have people living in sub human conditions?” said Lopez very emotionally. Heredia said it was he who brought some electricity and some water to some areas. He claimed to have built streets too and that the people in San Mateo love him. Patty’s plan of action is urgent attention to everyone in San Mateo by improving infrastructure and getting a dredge to land fill the entire area of house lots and streets and playgrounds. After that Patty says water and electricity and cable television and more life will come to San Mateo. As for Campbell, he believes the whole San Mateo is a fiasco and should be aborted and everyone relocated to a new area. Heredia reminded him “Where will you get the funding to relocate them?”  This marked the end of the debate followed by closing statements and acknowledgements. So what do you think?  Leave your remarks, positive of course, so that our candidates will be able to follow up on their campaign trail. 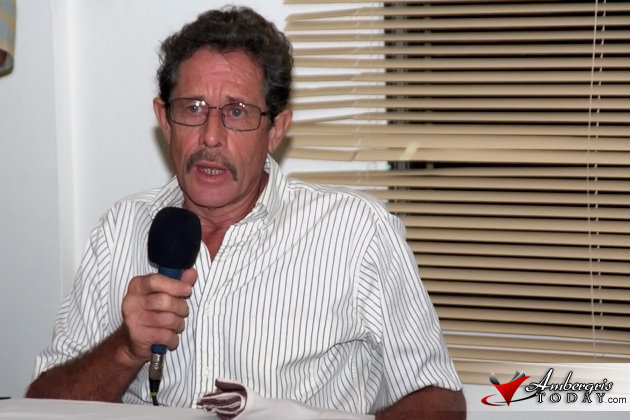 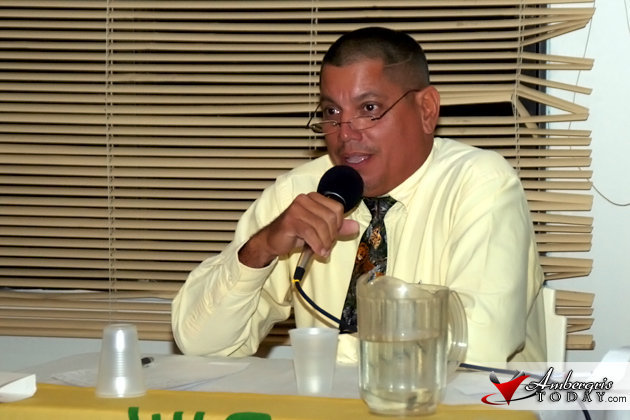 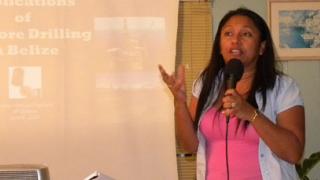 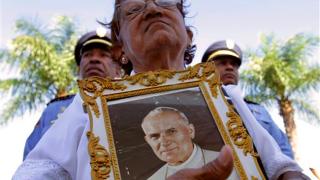 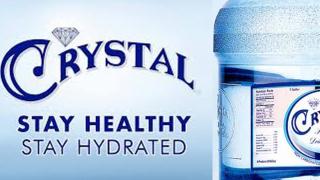