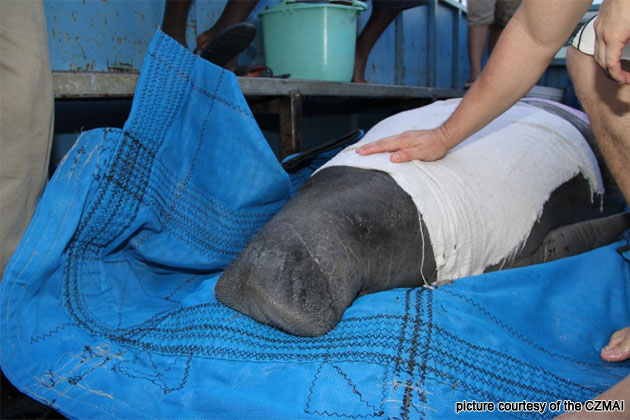 Just a couple weeks ago a report by the Oceanic Society and the Belize Coastal Zone Management Authority and Institute (CZMAI) indicated that Belize has the most numbers of endangered Antillean manatees in the world. Belizeans were very happy with the reports as the manatee has always been an iconic symbol of the country’s rich marine life.

And Belizeans have always been protective of manatees because of their gentle nature and more so because of their endangered status. Just last week this love for the magnificent marine creature was displayed as a group of volunteers managed to save two injured manatees from possible death.

With the help of volunteers from residents at the Vista del Mar area in Belize City/Ladyville, the CZMAI and the Sea to Shore Alliance were able to remove two injured manatees from the area and transport them to the Manatee Rehabilitation Facility in Sarteneja where they are currently being treated.

The team found that one manatee was seriously injured with chop wounds across its back (possibly caused by a boat engine propeller), has a possible broken rib and injuries to the lung cavity. The fin of the second manatee was caught in a mass of monofilament line which had caused serious lacerations and cuts all the way down to the bone. Proper medical attention was given to both mammals by Dr. Jane Crawford from the Animal Medical Center and they are now on the way to recovery.

The rescue effort to save the large mammals was successful in part with the help from BATSUB and the Belize Coastguard which aided in the transportation to the rehabilitation facility. The group, Wild Tracks, is conducting the daily care and their volunteers help with the daily monitoring. This is such great positive news and results from a sad manatee story and it is so great to see Belizeans going out of their way to protect these amazing endangered species. 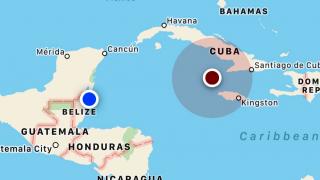 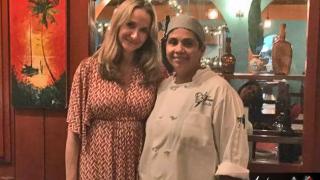 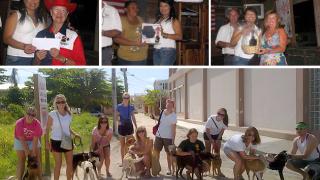