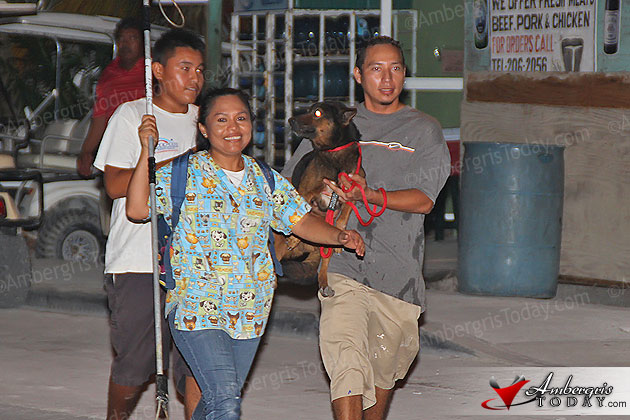 There was no harsh poisoning of dogs this time around as members of the Saga Humane Society took the reins of the stray dog elimination process and conducted the first humane roundup of dogs on Sunday evening, August 12, 2012.

After receiving quite an amount of negative feedback from a sector of the community and abroad for the inhumane process in which the stray dogs were being killed with strychnine poison, San Pedro Mayor, Daniel Guerrero, took the advice of the local Saga Humane Society to capture and get rid of problematic stray dogs in a more humane way.  Mayor Guerrero is more than likely the first mayor to go along with this new process as most communities around the country still use dog poisoning as a method to control the stray dog population. 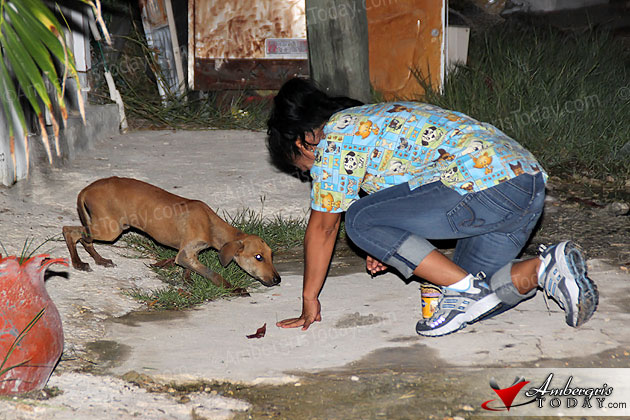 In an effort to prevent further poisoning, Saga took the initiative and promised the San Pedro Town Council that they would capture at least 20 dogs each week and after last night’s efforts, the new program looks very promising; 24 stray dogs were captured.

Ambergris Today was invited by Saga President, Mr. Milstead, as he and his workers visited the DFC, San Pablo, Boca del Rio, San Juan and San Pedrito areas of the island. Not even 15 minutes into the process, they managed to capture two stray dogs roaming the streets. The members of Saga were very professional and when approaching a dog they made sure if it had a collar or if its owners were nearby. They did not invade any private property or lured dogs with food to come out of their yards. In fact, they made thorough checks before capturing any dog.

Both Bill Milstead and Ingrid Lima of Saga and Allan Soto (Pampered Paws) also talked with residents who did not have their pets on leashes or not tied up in their yards and explained to them what Saga and the Town Council were doing. It’s was a fair warning and also a great way to educate everybody in the neighborhoods. 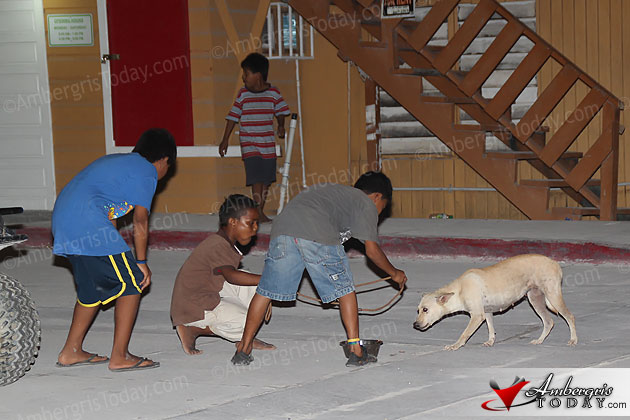 Half way into their four-hour dog hunting session, the crew had rounded up 10 dogs and had to haul them to the Saga’s Animal Shelter ‘Fort Dog’ before continuing. The evening went with no problems or confrontations with possessive pet owners and it was impressive to see the crew dealing with residents who can become quite hostile; they were also very gentle and careful with the dogs.

“Now we must evaluate and process these unfortunate companion animals and see how many we can save from being euthanized,” commented Saga President Bill Milstead. “The last thing we want to do is put these lovely animals down so Saga will do its very best to take care of them as long as possible and find homes for them before they are euthanized. I do not like putting these animals to sleep but if we have to, then we must. It is either properly euthanizing them or leaving it to government to poison them with strychnine and we definitely do not want that.”

The San Pedro Town Council will be assisting Saga with the weekly roundup of stray dogs. All dogs captured will be held at the Saga compound for three days (or as long as possible). Once a pet dog is claimed, fees will be charged for its return. This fee will be lowered if the owners agree to spay or neuter their pet. If unclaimed, the dog will be humanely euthanized through a process approved by the veterinarian at Saga.

“The problem we see lies with the pet owners,” commented Milstead. “We need to educate them to properly take care of their pets and keep them secure indoors, in the yard and on leashes when out in public. That is the main challenge that we face as resident have gotten used to just having their pets to roam freely.”

Saga and the San Pedro Town Council ask dog owners to keep all pet dogs confined to their property or tethered as they will continue with this program until the problematic stray dog population is kept under control. 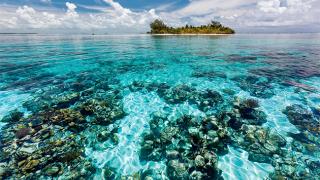 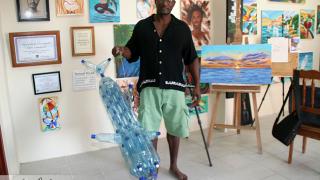 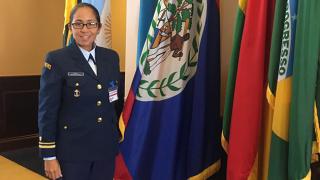