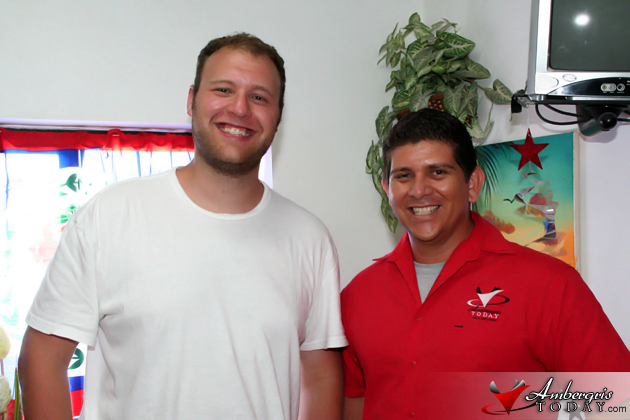 - by Dorian Nuñez - He’s a perpetual traveler, content creator, social media consultant and news junkie. He is well-traveled, knowledgeable and a very cool person. Where the Hell is Belize? This old adage comes to mind when I spoke to Roni Weiss. He is a world traveler who blogs about his experiences and last week he was here in San Pedro Belize. The question that he asked me was, “With Belize’s proximity to the United States and having the second largest barrier reef in the world, why the hell does not many more people know about Belize?”

That is a great question! Are we failing in our marketing attempts or do we just need more of it? But Roni was happy to be in Belize after a run through the Riviera Maya where he had just come from. Like everybody else he loves San Pedro. 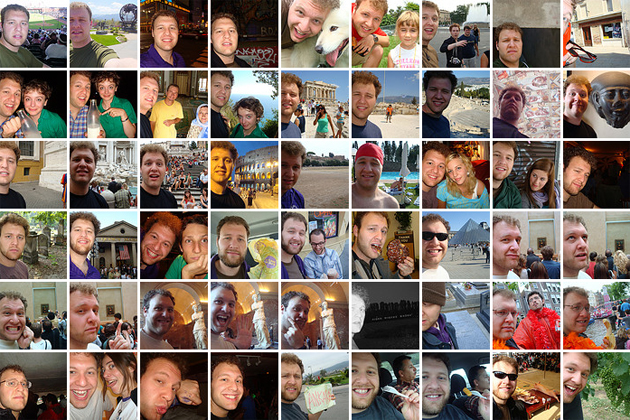 “When I got into my room at Coco Beach Resort, I looked around at the fancy digs and thought, “Wow, am I really in a hotel room with an ocean view, full-on kitchen, two bathrooms, a balcony with an ocean view and a GE refrigerator that dispenses filtered water and ice?” My thought-response was (no joke): You better Belize it.” – Posted Roni on his website.

Belize is the first Central American country that Roni has visited and it was his first time diving as he took PADI’s Open Water Diving course. (Click here to read his post – Roni Goes Diving) He was also on the island during Belize’s Independence Day celebrations; he wrote about his experience during the Central Park Independence Day Eve Block Party (Click Here – Belizean Independence Day). 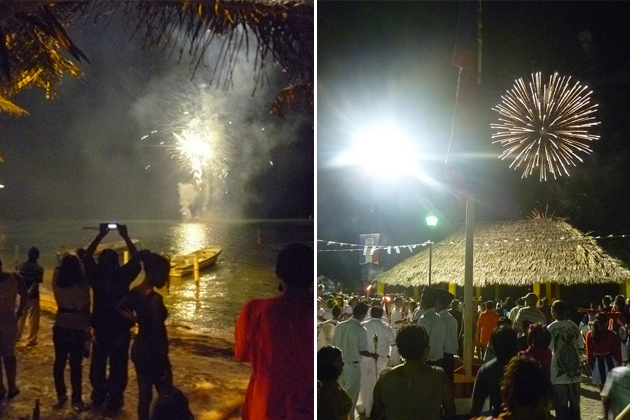 So the Official Roni Weiss Company specializes in social media consulting (Getting businesses, organizations and individuals established on Facebook, Twitter, LinkedIn, blogging, podcasting, etc. ) and content creation (videos, photography, blogging).  Roni is a panelist on Don’t Worry About The Government, a weekly political podcast, a host/producer of a travel web series, “Roni On Location, found on YouTube and Vimeo and a public speaker, giving talks on travel and how to teach English teaching abroad. Oh and he also an organizer for Travel Talk on Twitter, the biggest travel event on Twitter, which receives tens of millions of impressions on the #TTOT hashtag every week.

Quite an impressive resume, and it was a pleasure meeting him, getting to know him and now following his travels after reading his posts on San Pedro and Belize. Below is his post on our country which he labels “Underrated Belize”. Read on and enjoy!

Underrated Belize
Why is Belize such a secret? How do Americans have no clue about a country that’s really not that far away?

The best I can figure is that that there are a few major factors:
1) It’s a relatively new country. Just celebrated 30 years of independence a few days ago.
2) It’s small. Small takes more effort to get noticed.
3) Airfare is more expensive than to some of the other places in the area. 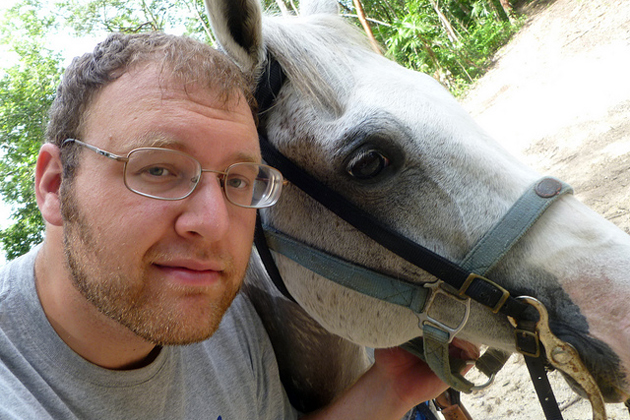 They say tourism is on the rise and the marketing is getting better. In a lot of places that I’ve been, there wasn’t any electricity just a few years ago, let alone the Wi-Fi which allows me to write this post, so perhaps the turnaround is already happening.

Right now, I’m at Mystic River Resort. It’s a small place with a homey feel. The owners, Tom and Nadege Thomas, were saying how a lot of people go and do the beach thing (like I did, over on Ambergris Caye (or on Caye Caulker) and then come to the mainland, only to realize that they’ve really short-shrifted it.

I totally get why. I see a country like Belize on the map and allocate the amount of time that I would to a city. Not necessarily a fair thing to do.

This morning, I had breakfast and saw a keel-billed toucan (the national bird of Belize) out over the river. (Tom pointed it out, but you can hear them pretty easily.) It’s the second time I’ve seen a wild toucan and I’m still impressed. The colors are so brilliant, even from far away. It’s still strange to me seeing birds like that in the wild, as I’m so used to seeing their brethren in pet store windows.

Then I went horseback riding in the jungle, wherein I saw remnants of the Mayas. One such thing was a foundation of what was formerly a house, which was nearby two natural sinkholes. Neither has been excavated yet, due to not having proper archaeological permits, but when that happens, they hope to find some pottery and other items. There also is a burial mound close to the top of the hill. The Maya buried their people with items they found important to them, such as figurines and valuable stones. 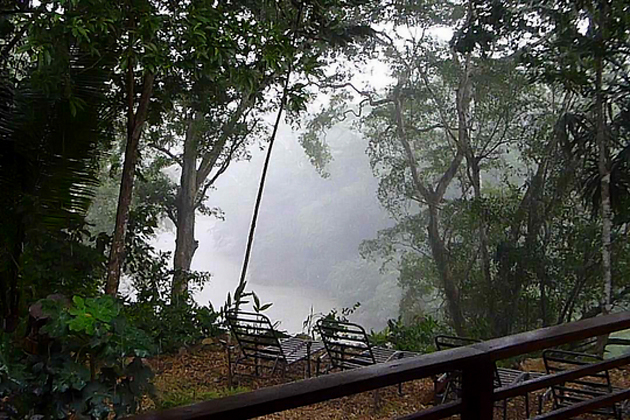 There are a lot of things to do just on this property, let alone all of the sites in the Cayo area, like Actun Tunichal Muknal, which is arguably the most important. And you’re also not far from Tikal, a UNESCO Heritage site in Guatemala, the home of “one of the largest archaeological sites and urban centers of the pre-Columbian Maya civilization.” (I’m not going to get out there, but Travel Canucks wrote a post on it that you can check out.) There are a lot of trails here on the Mystic River property that I won’t have time to see, let alone doing the canoeing/tubing/boogie boarding or bird watching.

Just being out here is an adventure in and of itself, but a generally comfortable and safe one. It’s still hard to wrap my mind around the fact that I’m in the jungle, because when I think “the jungle”, I think of somewhere far away, scary and inhospitable. Not everyone wants to go jungle trekking, camping in the bush at night. Hell, I don’t want to do that. It’s nice to have a relaxed, beautiful room to come back to at night (or during the day, such as right now, where I’m writing this post from).

If you want to come out here, cool, just make sure you know all that Belize has to offer before you plan your dates, because you don’t want to kick yourself because you didn’t schedule spending as much time as you could have.

And if you do get out to Mystic River Resort, don’t miss out on the shrimp or the bananas foster. Both were delicious. 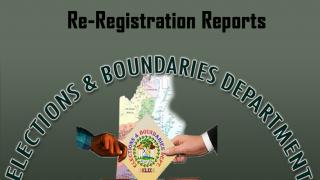 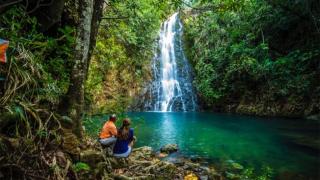 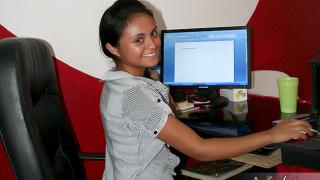