Happy 30th Birthday Belize – It’s Been Quite a Journey

Belize Travel Blog – Chaa Creek - September is always a huge month in Belize, with the Battle of St George’s Caye Day on September 10 leading up to the biggest holiday of the year – September 21, Belize Independence Day! For many of us, it’s hard to believe that it’s been 30 years since that long awaited event, and each year the celebrations seem to get bigger as Belizeans from all over the country (and a fair few overseas) take the time out to acknowledge and vigorously celebrate just what a special, unique Caribbean paradise the Jewel has become.

The story of Belizean Independence is as colorful as the country itself, and it’s only fitting this time of year that we briefly recount the many steps leading up to Belize taking her place among the sovereign, independent nations of the world.

It all begins, of course, with the Maya, who today make up some 10% of the population, and began settling in present day Belize sometime around 1800 BC. And no wonder…  stunningly beautiful  with a wealth of natural resources, fertile soil, navigable rivers and a coastline teeming with marine life, – not much different to the Belize of today – it must have seemed a perfect place to start one of the most advanced civilizations the world has ever seen.

At the height of the Maya Empire, they had established huge cities with over 100,000 inhabitants and beautifully constructed, towering pyramid temples (the tallest buildings in Belize to this day are the Maya temples of Caracol and Xunantunich).

The Maya independently invented the concept of zero, and their mathematical equations continue to amaze scholars. Among the world’s very first paper makers, the Maya developed a system of writing that expressed complex ideas and concepts, and their astrological calculations and predictions still impress scientists and scholars worldwide.

However, and perhaps with lessons for us today, the Maya civilization went into decline around 900 AD,  and the arrival of the Spanish Conquistadors in the early 1500s effectively closed the last chapters of this rich, enigmatic civilization.

With Spain’s interests more concentrated in the north and south, and the Great Belize Barrier Reef presenting a real hazard to navigation, Belize was relatively ignored by European powers.

However, there were some sailors to whom the dangerous coral reefs were an advantage – the real, pre-Johnny Depp Pirates of the Caribbean, who plied their trade from the US mainland to South America and found the Belize barrier reef and coastline to be convenient hiding out and replenishing spots. In fact, the name buccaneer comes from the Arawak word buccan, which was a method of smoking meat. The word evolved into the French word boucane and then the name boucanier.

Smoked meat was a staple for pirates throughout the Caribbean, and the plentiful game in Belizean rainforests supplied the crews of those vessels brave or desperate enough to navigate through the tricky passes of the massive reef. Belizean buccaneers were apparently a well fed lot.

Once the reef passes were identified, other vessels followed to exploit the exotic hardwoods then plentiful in Belize for boat repair and boatbuilding. However, the timber that gained the greatest commercial interest was logwood, from which a highly prized blue dye was extracted for use in England’s burgeoning textile industry.

The logging industry spawned the famous Baymen who, along with African slaves made up the first non-indigenous populations of Belize. The early days (1650’s) of the colony of British Honduras, as it came to be known, is a riotous and colorful history that provides hours of interesting reading. Suffice to say here that there is some truth to the saying that Belize City was literally built on empty rum bottles, and the complexion and culture of modern day Creoles attests to the close relationship between Baymen and slaves, who coexisted in an environment where the main tools of the woodcutting trade could easily become weapons.

England was reluctant to establish a formal colony and antagonise Spain, but the Baymen developed a common law system of their own, finally codified as Burnaby’s Code around 1765.  England and Spain signed the Convention of London in 1786, which allowed the Baymen to cut and export timber from the Rio Hondo River in the north to the Sibun River to the south, but banned any fortifications or any form of government, thus allowing Spain to maintain sovereignty over the area.

However, relations between the Baymen and the Spanish colonists were always tense, culminating in the Battle of St George’s Caye, when slaves fought alongside Baymen to defeat a Spanish invasion from Mexico. The battle was the culmination of a series of engagements from 3 September to 10 September 1798, ending in victory when the outnumbered and outgunned Baymen defeated the Spanish after an intense two and a half hour battle. This defining moment in British Honduran history is widely considered to be the birth of Belizean nationalism.

Once again, the Battle of St George’s Caye and the nascent days of the colony of British Honduras makes for fascinating reading, but it’s enough for our purposes here to explain why September 10, 1798 is such a pivotal date and so widely celebrated. Slavery itself was finally abolished in 1833, another important step in the formation of modern day Belize.

Another significant date celebrated in Belize, Garifuna Settlement Day on November 19th commemorates the arrival of the Garifuna in 1832. Descents of escaped African slaves and the Arawak people of St Vincent’s Island who were exiled to the Central American mainland by the British, the Garifuna have their own distinctive language, history and culture, and are a vital part of Belize’s multicultural society.

Although England had an official presence in Belize by the time of the Battle of St George’s Caye, it wasn’t until 1840 that the country was referred to as the Colony of British Honduras, finally becoming an official crown colony in 1862.

As the colony developed, an oligarchy became more firmly established and controlled the economy and politics in British Honduras, setting prices and electing magistrates of their own choosing. This system persisted for years, passed down through families and marriage.

Workers, however, continued to agitate for better conditions, and the 1930s saw increased protests, strikes and further industrial actions leading to the formation of the Laborers and Unemployed Association (LUA) and eventually to the legalization of trade unions in 1941. The General Workers Union (GWU) grew in leaps and bounds, leading to the formation of the People’s United party (PUP) in 1950, and, in 1954, universal suffrage for all literate adults.

Modern day Belize was born.
But there were still birth pains. England opposed self-rule until the 1960s, and Guatemala’s longstanding claim to Belize escalated in the lead up to independence. The history of the Guatemalan claim to Belize harks back to the 1700s and would easily fill a book. It remained a thorn in Britain’s side, with diplomatic relations between the two countries becoming increasingly strained in the late 1960s and early 1970s.

Through these difficulties, Belizeans pressed on toward independence, led by the indefatigable George Price, and in 1973 the name of British Honduras was formally changed to Belize. England still controlled defense, foreign affairs and internal and external security, but Belize was moving inexorably towards an independent future.

After intense diplomatic maneuvering and worldwide lobbying, and following riots in both Guatemala and Belize over a proposed Heads of Agreement, leading to a declared state of emergency in Belize,   the UN passed a resolution in November  1980 demanding the independence of Belize, and the “little country that could” never looked back. Amid joyous celebrations, Belize became fully independent on September 21, 1981.

Since then, Belize has continued to develop into a harmonious, multicultural society. More recently, the country has moved from an agricultural based economy to a focus on tourism.

With a very low population density, an abundance of pristine natural resources and a varied landscape of stunning beauty, the Belizean people and government place a high priority on preserving the environment through conservation and a growing awareness of responsible tourism.

The Lodge at Chaa Creek became Belize’s first eco resort in 1981, opening in the same month that Belize achieved independence. Since that time, Chaa Creek has worked in partnership with the government, NGOs and community organizations to promote responsible tourism and environmental awareness.

As Belize matures and environmental and social awareness grows, it is becoming a model for sustainable tourism development providing positive social benefits and increased standards of living for all Belizeans, while giving people from around the world an opportunity to explore the ancient Maya civilization, the world’s second largest barrier reef and pristine Caribbean sea, pristine rainforests and a wealth of exotic flora and fauna.

It’s been a lot of history for such a small nation, and September 21 will see another exuberant celebration that reflects the pride, determination and aspirations that made Belize what it is today. 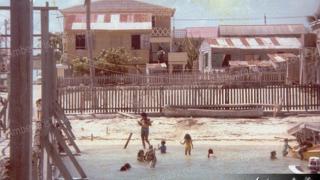 Easter in Belize Means the Caye! 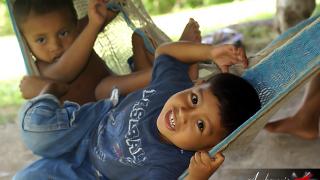 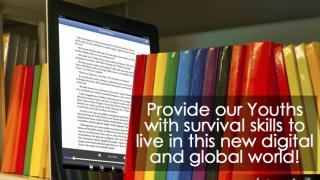