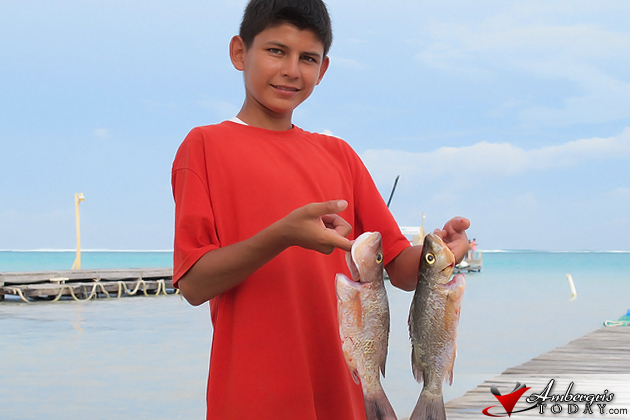 Though the hurricane did not hit the Island, we did have ‘a hit’ with the snappers. One Islander commented, “The snappers are biting more than the mosquitoes this time around.” According to fishermen, it is a normal phenomenon that after the seas are stirred due to a passing storm, the snappers start “to run”.  The San Pedro fishermen know of these occurrences, and everyone in San Pedro has apparently learned it and is enjoying it too.

A stroll by the beach yesterday afternoon was evident to that. Even before the "All Clear "was given by NEMO, around 1 p.m., word went out that the snappers were biting and the Islanders crowded the piers, the Boca del Rio and all along the river.

It was a fishing bazaar or snapper flea market. With the help of a fishing rod or a hand line, the Islanders - men, women, and children - converted one sardine to five snappers or half a pound of sardines to a bucketful of medium-sized snappers. Those who did not evacuate San Pedro actually had a bonanza as they hit the beaches and got at least a week’s supply of snappers. Hey at $5 per pound of whole snappers, that is an easy $125.00 per bucketful and we did see quite a lot of buckets on the piers. 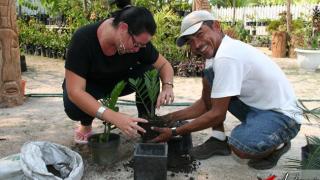 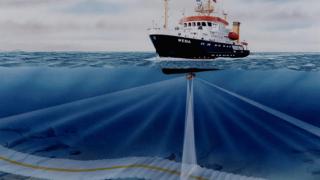 Public Consultation On The Marine Multibeam and Sea Seep Survey 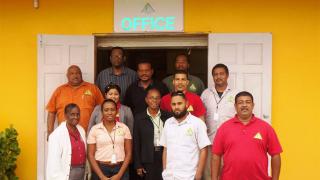