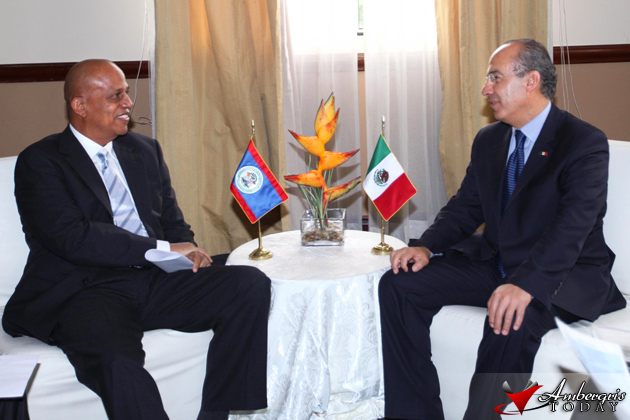 The Government of Belize has been targeted by many groups and several citizens on its blunt action of having nationalized the Belize Electricity Limited. Even the Belize Chamber of Commerce and Industry has spoken out against this action and in their release the Chamber says it expresses strong concern over the nationalization of industries and the inevitable impact on local and foreign investment attraction in Belize.

As for the Prime Minister of Belize, Hon. Dean Barrow he met with Mexican President, Mr. Felipe Calderon, in Guatemala during the International Conference in Support of Central American Security Strategy, held on Wednesday, June 22, where they had time to discuss about the current situation of the electric supply to the country. The PM reported that his talks with President Calderon centered mainly on the issue of the supply of electricity from the Comision Federal de Electricidad.

PM Barrow said that the Mexican President made very clear for the record that he is extrememly well disposed to Belize's request that he intervenes with CFE in order to secure: 1. Better rates for Belize in terms of the purchase of electricity from CFE and 2. An increase in the credit ceiling so that it doubles from 10 million to 20 million dollars. Both of those requests, the Prime Minister feels, fell on fertile ground.

The following is the Official Position of the People’s United Party on the Government’s takeover of Belize Electricity Limited.

- Press Release, People’s United Party, June 20, 2011 - The Prime Minister stated that the country faced a crisis; we agree that any responsible government must act in the face of a crisis. We are also aware that Fortis/BEL is quite capable of presenting its case before the Belizean people – this is not our role.

With the Company now a fully owned Belizean Company, we must now be concerned with ensuring that the interests of the Belizean people are protected and as such would like to know:

1. Will this acquisition of BEL result in cheaper electricity rates? The UDP in their 21 pledges promised Belizeans cheaper utility rates.
2. Will shares be available for Belizeans to buy and at an affordable rate?
3. Will the workers of BEL be protected from political victimization?
4. Will this takeover result in a boost of the Belizean economy resulting in the creation of more jobs? -- Unemployment is at 24%
5. How will the acquisition of BEL improve the quality of the lives of the Belizean people?
6. Will the government owed BEL manage national emergencies in a manner that will guarantee Belizeans that in the event of a hurricane and the loss of power they will restore power to affected areas ASAP?
7. Will BELCOGEN be paid in time for them not to default on their payments?

* The PUP is seriously concerned over the confrontational manner in which the Prime
Minister and this UDP Government have handled this and other situations. As in the case of the bus crisis, BTL, the issue with the people who were removed from their homes on Chetumal Street and the Football situation, it seems the posture of Government is to fight instead of negotiate.

*With respect to BEL, a deadline to come up with a solution (20 days) was given and then the Prime Minister acted before the expiration of this deadline.

*The Prime Minister brought this important issue to the National Assembly, with minimum notice and in so doing did not allow adequate time for consultation and this is yet another indication of the complete lack of commitment to change and reform.

*The PUP must state that like the rest of Belizeans, we have no confidence in this UDP administration’s ability to manage the affairs of the nation. We are seriously concerned about the investor climate in Belize and feel that the posture of the Barrow Administration towards both local and foreign investors is a real threat to the development of the nation. – End of Release - 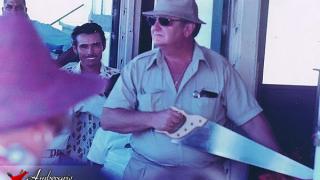 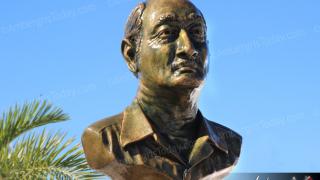 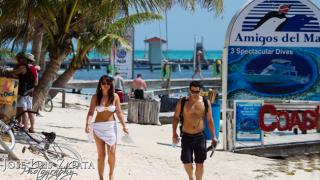