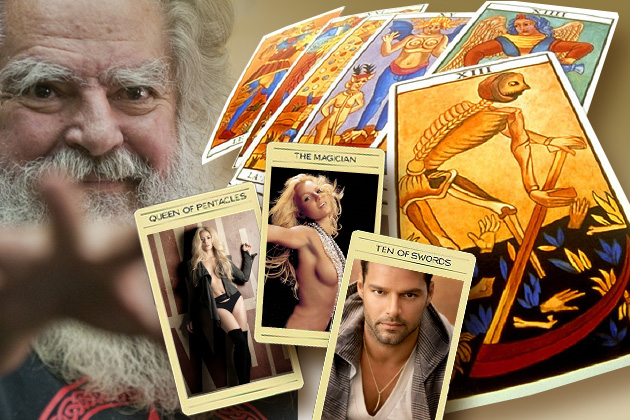 The famous Brujo de Mexico has announced his predictions for 2011 and for entertainment purposes we have gathered some predictions he has made for some famous stars (artists). Enjoy!!

Adrian Uribe (Adrian Garcia Uribe).- born: September 8, 1972, Mexico, DF-sign: Virgo
With hard work, he ends his program of competition and continues to participate with his famous characters in various sitcoms, and is invited to act in a soap opera. Your love life problems, we see confusion between fame and love, not love stable but, artistically brilliant.

Ana Barbara (Altagracia Ugalde Mota)-born: 10 January 1969, San Luis Potosi .- sign: Capricorn`.
She is artistically hard working and good economic response. She gives few statements to the media. Her issue in regards to Cancun is resolved without too much hassle. Her love life alone, I do not see her with a fixed or stable  partner but rather having many male friends . The family war with Dad and sister continue, but in favor of her.

Anahi (Anahi Giovanna Puente Portillo) RBD.-born: 14 May 1983, Mexico City-sign: Taurus
Her love life is going well, and we will see her happy. Professionally it is not a good year as she will have few opportunities to showcase her talent and will remain in the United States most of the time. She will later announce a big change in her love life.

Angelica vale (Angélica María Vale Hartman on November 11, 1975 in Mexico City, Mexico. Sign: Scorpio.
This is a year of emotional loneliness and extreme moods. While trying to go on with her marriage ... her problems with her weight, cause her to fall into depression, which also cause her not to be on the spot light and appearing on the media. Her marriage is imminent, but not before having many problems with the partner. Her strength is his mother, and her mother will always be by her side giving her moral support and not letting her fall.

Antonio Banderas (Jose Antonio Dominguez Banderas) - born: August 10, 1960, Malaga, Andalucia, Spain. - Sign: Leo
No significant production, rather promotions of his past successes and some special interviews this year. He is not seen in good health and emotionally alone, without really looking forward to life.

Aracely Arambula (Aracely Arambula Jacques) - born: March 6, 1975, Chihuahua, Mex.-sign: Pisces
A difficult year, with hard work and professional success. She finds herself in a struggle against loneliness, her going back with Luis Miguel are more and more distant. She does not give up that easily. Her children are growing and she remains young and beautiful. We will hear rumors of a romance but will not get any confirmation on the relationship. She sticks away from the statements and gossip.

Belinda (Belinda Peregrin Schull) born: August 15, 1989, Mexico City sign: Leo
Without fuss like last year, she will maintain overseas, with great musical triumphs, remains immature and therefore in love, we see her trying to change or to find her own self ... unfortunately she does not succeed at that. In Mexico, her legal problems settle down and she will come to visit her family! A possible pregnancy ??? Or at least another scandal for that reason; family problems; a very complicated love live and money.

Britney Spears -Birthday 2nd December 1981 Sign: Sagitario.-Place of birth: Kentwood, Louisiana
Again changing partners, and out performances and naked scandals, still doing drugs. She is followed by the media a whole lot and has a lot of contracts, she is mostly famous for getting in trouble.

Chayanne Elmer Figueroa. Sign: Cancer. Country of origin: Puerto Rico, June 28, 1968
Strong artistic triumphs, recognitions and awards this year, continues to tour constantly, in order to get stronger. His love life is quiet, he doesn’t show off his love life too much but secrets will be revealed. He is enjoying his professional achievements, new concerts and performances with great success. His love life, unnoticed, and he goes into depression.

Cristian Castro-born: December 8, 1974 -sign: Sagittarius
As days go by, he becomes an even better artist/performer in all its artistic expressions, although he is unable to establish a program for him or actually have a job profile. Personal Life - full of conflicts, failing to establish a stable and loving relationship because of his constant tantrums and bipolar nature, away from his children. He is very close to his mom still lives in the United States. His album “JOSE JOSE” is not very popular as it doesn’t not identify him as a special artist.

Daniel Radcliffe (Harry Potter) born: 23 July 1989
Rich, Rich, Rich! And getting Richer! With his last film in 2010 being a great success, he will surprise us as he engages in a shocking film, not being his famous character Harry Potter. He finds himself being placed in the public’s eyes as an independent actor.

Demi More (Demetria Gene Guynes) born: September 11, 1962 Roswell, New Mexico, USA-sign: virgo
Has an extraordinary physique, and will be involved in two more films with a high budget. Demi maintains her artistic profile, great successes and good public projection. Her love life is complicated because she cannot maintain a stable love life, her character in films invades her love life and no man has ever decided to be with her for this reason, surely we will see something similar this year.

Fernando Colunga -born: March 3, 1966, Mexico city sign: Pisces
By participating in the Soap Opera of “Tu Dueña”, he is positioned as one of the most stable and handsome actors. He will spend several months out of work, but continues to work on his image and body as he continues to heavily exercise. He will be working in another telenovela about midyear. He is constantly involved with several young ladies, but nothing serious and concrete.

Jenny Rivera - 2 July 1968
She will find herself in many scandals, lawsuits, challenges and many more things. As for her marriage life, there will be a personal conflict and will be involved in fights and scandals with her husband every month.

Lucero -born: August 29, 1969 -sign: Virgo
She has a sensational artistic life. She has established herself as the most versatile actress, singer and host with the most triumphs. Her economic life is doing very well, and keeps moving forward as a great woman. Her personal and intimate life is very cold as we barely see her with her partner, despite the fact of lots of gossip going around she maintains herself in a good relationship with her children at home. She will be blamed for some romance outside their marriage, nothing verifiable, but it will be.

Luis Miguel (April 19, 1970). Originally from Puerto Rico
Increasingly rich and wealthy, has a professional life with great success, having concerts and will be recording another album by midyear year. In regards to his private life, he keeps running from the media trying to hide his relationships that are quick and meaningless. He continues to support his children with Araceli Arambula, by providing a good pension, but communication with them is very low. As usual he keeps flirting with many, but will not have a stable commitment or relationship with anybody. Many beauty treatments make his appearance look good.

Pablo Montero-born: August 23, 1974- sign: Virgo
Among its actions, we see very little artistic quality. Because of his scandals and constant drinking he is not being looked up by his fans and is not a popular figure as he once was. He will find himself in other scandals because of his behavior and alcoholism. In regards to his love life, he finds himself up and down and doesn’t establish a real relationship.

Paulina Rubio (Paulina Susana Rubio Dosamante) born: June 17, 1971, Mexico, City-sign: Gemini
Her Disney Land life continues to place her as an artist, with great triumph. Her motherhood, gives happiness and gets closer to her partner even though she will be away from him for a few unknown reasons in her relationship, other than that she looks as she is doing good.

Pee Wee-born: 8 December 1988 in Washington, DC-sign: Sagittarius
Being one of the most promising young artists, his representation has not been positive, and we will see him involved in very little activity and very far from the media.  A possible change of representative or company. Has a very strange love life.

Ricky Martin - December 24, 1971 Birthplace: San Juan de Puerto Rico-Sign: Capricorn
Distant from the performances, preparing a world tour to follow for his fans. He can’t stand criticism, nor demonstrations against his preferences, however, he is wealthy and can afford not to work, his book does not explain many things. He has a stable romantic life, with his chosen partner.

Salma Hayek (Salma Hayek Jimenez) born: September 2, 1968, Veracruz, Mex.-sign: Virgo
Her personal life is most important and she is very well liked. The professional actress will have another film in English which will make her well-recognized in the Global world of entertainment. She will visit Mexico, but do not expect much of that, as she will simply go to see her family. She is living the dream of the porcelain doll.

Shakira Mebarak - Date of Birth: February 2, 1877 Birthplace: Barranquilla, Colombia. Sign: Aquarius
Her success continues as she takes hold of her rock style and continues to garner more awards. We will see her falter in her love life as she a great desire to be a mother. She wants to be a devoted mother. A hidden love cannot stay that way ... and she finds herself in-between being a woman or an artist, I feel that at this stage, she chooses being a mom.

Thalia - born: August 26, 1971, Mexico, DF -sign: Virgo
Preparing for motherhood, she along with her partner wants to have another child. Recorded a beautiful new single, good material, but will not be at the top of the music charts. She is having a great time planning her future and participating in the Elite Latin Society with other celebrities. Thalia remains very beautiful. 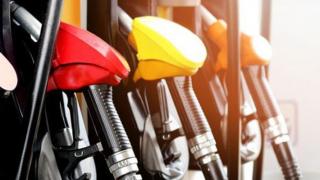 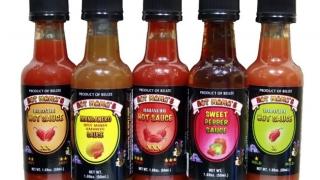