It has been said that it is not the diplomas and degrees that we hold that make us smart but rather the wise decisions that we make makes us smart. And this is what it boils down to in San Pedro and Ambergris Caye. We are faced with so many very important issues and we now await “wise decisions”.

In too many cases, we hear the facts of issues and we then wait to hear the final decision, but do we hear the final decision? As a responsible local newspaper in Ambergris Caye, we propose to follow up and bring you the final decision because you all deserve to know. So here is the case of the permit to “We Don’t Know Who” to drill for Oil exploration right in front of Ambergris Caye and other parts of the sea. We have not heard from Caye Caulker and we are surprised. We have not heard from Glover’s Reef nor Turneffe because nobody lives there. However we have heard from Protected Areas Management Organizations (APAMO) and they are vehemently opposed to offshore drilling for oil exploration. We have heard from OCEANA and they are opposed on the same environmental concerns as APAMO. We have heard from The Ambergris Caye Chamber of Commerce and they are fiery against this drilling for oil in the sea on the grounds that it poses serious threats to our environment and any little accident will kill our tourism industry.

We have also heard from the San Pedro Tourist Guides Association and they too won’t vote for it and are prepared to lead a demonstration if necessary. We have heard from tons of tourist guides and concerned citizens of San Pedro who are saddened with the fact that the Government has given these permits to drill. To tell the honest truth, we have not heard from one single person who supports it. Wait a minute, indeed there was one caller to the Reef Radio Morning Show who has supported it.

Now, we have heard from one key person in Government and that is the Minister of Natural Resources and he has not said “NO” to this project yet. He seems to say that he still wants to consult with the experts and then make a final decision. We have heard from the Prime Minister and he said that in the United States they support offshore oil exploration. We hope that does not imply that we should support it also. But our Prime Minister has also said that if he is convinced that it is detrimental to Belize, he will cancel the permits that have been given as sweetheart deals. Of course he was implying that it was the past administration that gave the permits. If that is so, it is good news because he will have no trouble canceling those permits.

Who have we not heard from? Our representative in government, our Area Rep has only said that he will go with is people and his constituents. He implies that if San Pedro rejects it, he will and if San Pedro approves it, he will too. What he has not said is his own feelings on the matter. And we still wait to hear from our Town Council. And we believe that these last two are the main persons that Government is waiting to hear from to make its final decision.

So we have heard the arguments and now we are nervously waiting to hear what will happen? What shall be the final decision? We only pray and hope they remove all offshore drilling concessions. It is not even worth considering with all the negative impacts that come with it, especially of Belize loses its World Heritage Status in the process. Please think smart! 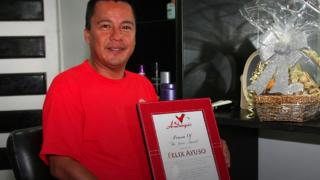 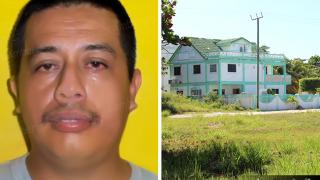 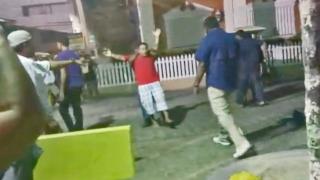