The Belize Barrier Reef is currently on UNESCO’s list of endangered World Heritage Sites. It now faces another threat, a more serious one at that, since the reef could be permanently removed as a Heritage Site because of licenses granted for oil exploration and drilling.

It is comforting to see that some organizations and individuals have stepped up to the plate and expressed their concerns to the Government of Belize about offshore drilling in respect to petroleum concessions that have already been granted for the territory of Belize.

To begin with, it is difficult to understand how the GOB or the Ministry of Natural Resources could possibly agree with giving out these concessions for offshore oil explorations when we all know how precious and sensitive our coral reefs are. Belize totally depends on its environment and pristine natural surroundings to sustain its tourism industry which is the biggest money maker; every other industry and survival of Belize’s residents depends on tourism.

So why allow offshore drilling which definitely poses a threat to our coral reef? We boast the largest Barrier Reef in this hemisphere (the second largest in the world) and the one of a kind “Blue Hole” the largest of its kind in the world. Why put these and many other marine environments at risk?

We can learn so much from the recent oil spill in the Gulf of Mexico that has even the experts in the US scrambling for a possible solution that have not yet been found. The negative environmental impact in that area of the US is immeasurable. We just need one small oil spill in front of our coral reefs to send Belize back to the Stone Age. No more tourism, no more jobs, no more income for the country.

We know that other Caribbean countries are now looking at the negative implications of deep water oil drilling in their area and reconsidering some decisions regarding offshore drilling. It is also great to see that organizations like the Association of Protected Areas Management Organizations (APAMO) have issued a declaration on the occasion of its Annual General Meeting, calling on the Government to ban offshore petroleum exploration.

Chairman of APAMO, Edilberto Romero, told the Amandala newspaper that all habitats deemed fragile in Belize should in fact be off-limits to petroleum exploration. Both COLA (Citizens Organized for Liberty through Action) and OCEANA have written to Prime Minister Dean Barrow and gone on record to oppose offshore petroleum exploration. Of course, residents of Ambergris Caye totally disagree with oil drilling that could take place as close to our barrier reef as the Bacalar Chico which is a natural reserve and where Rocky Point is located.

Minister of Natural Resources Gaspar Vega told Amandala on Friday, May 14, that he would consult with his technical staff and submit a paper to Cabinet to formulate a position on offshore drilling in respect to petroleum concessions that have already been granted for the territory of Belize.

While the Minister was non-committal on the issue and did not state a clear position with respect to existing concessions, he did say that the matter should be put under review. Vega said he would leave it up to the experts to decide and that he will have to make certain that the Department of the Environment does everything to ensure that Belize does not take any needless risks.

The Government of Belize has taken the view that the existing contracts have already been sealed; however, the investors would still require permits from the respective government departments, including the Department of the Environment, before they can be permitted to do anything on the ground.

We only hope that these ‘experts’ realize that, although some good can come from offshore oil drilling, the negative impacts and risks are not worth it for our country. How can we boast Belize as being Mother Nature’s Best Kept Secret with the possibility of unsightly oil rigs in our horizon’s future? GOB please take note! 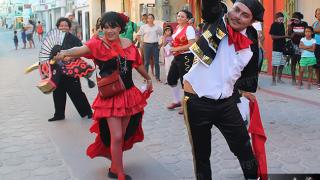 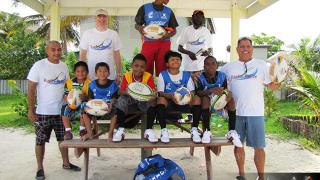 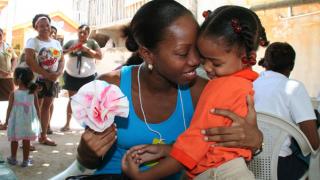