- Press Release, June 14, 2010 - The Marco Gonzalez Mayan Site at the south end of Ambergris Caye will play host to 23 students starting on June 23. Arriving from the University of London, England, and the University of North Carolina Wilmington, USA, the students will have a treat in store for them when they make the journey into the Mayan Site.

This is very tongue-in-cheek, as their treat is a “London Bridge” footpath on which to walk. Marco Gonzalez is basically an island in the middle of the southern end of the Caye. It is surrounded by marshland and mini lagoons. Even in the best of the dry season, it is a treacherous trip to make to reach the high ground of the actual archaeological site due to step-off holes of quicksand-like muck!

Around May 1, Jan Brown, Chairman of the Board of the NGO Marco Gonzalez Maya Site Project, hired Luis Cabral to undertake building a footbridge for the students at the request of Dr. Elizabeth Graham, UL. Dr. Graham knew the difficulties in reaching the site when she and her archaeological party dug there in the 1980’s and 1990’s. Now, she and Dr. Scott Simmons of UNC will be able to take their 19 students into the site thanks to the efforts of Luis and his great crew. While working at the site, the students will be doing research on soil, water and doing light excavations.

The bridge building has been an arduous task indeed. This area had been dry for some time, however shortly after starting, the island received upwards to 13 inches of rain. This made the going very rough, but thanks to the perseverance of the tough and determined crew, they have made it a full quarter of a mile from the road to the site and finished just as the first of the guests arrived today, Thursday, June 17.

For all the hard work, the Board of Directors for Marco Gonzalez would like to thank Luis Cabral as well as Julio, Kalaka, Carlos, Junior (Kendrick), Eliceo, Mark and Ramon. Others helping with delivering lumber and supplies is Joe Lawrence of Athens Gate/Pelican Reef Villas, Julio for hauling and helper Mike. Used lumber was donated from Gary and Cory McDermott, Giovanni Marin and Gabby, Ernie Olmstead of Capt. Morgans, Wally Nunez, Castillo’s Hardware warehouse site, Tom in Tres Cocos, Eddie Ancona of SP Wood Shop and many yards and construction sites needing to be cleaned up. Special thanks to Matt and Bonnie Fowler of Mr. Joe’s Grocery for the daily supply of water and ice for the crew.

About the bridge? “It ain’t pretty, but it’s functional”, says Ms. Brown. “Just wait until we get the real thing in!” 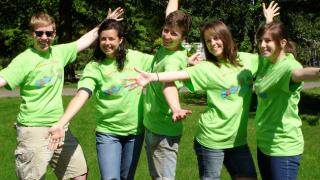 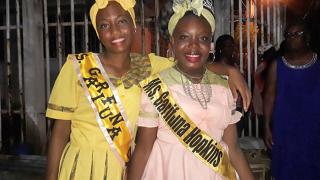 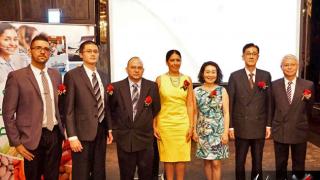